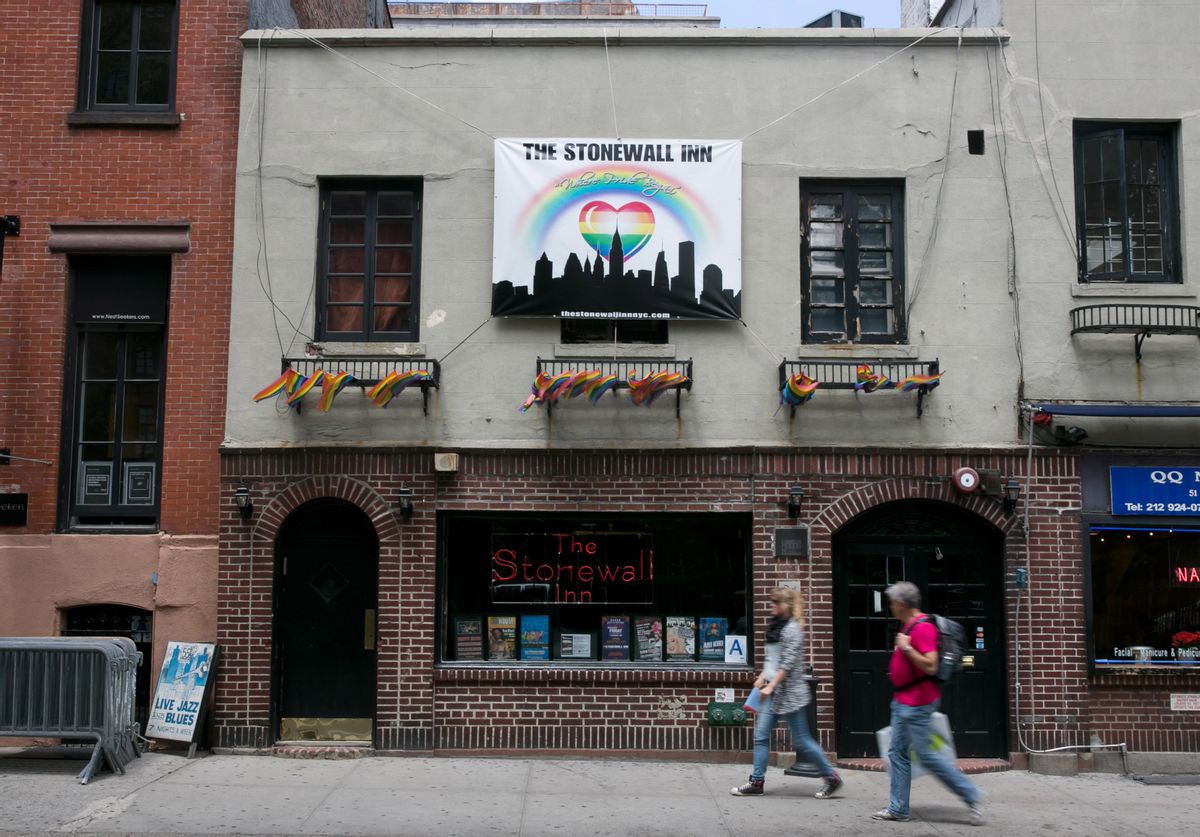 NEW YORK (AP) — The Stonewall Inn, the Greenwich Village bar where resistance to a police raid sparked the modern gay rights movement, was made a city landmark Tuesday, the first time a site has been named primarily because of its significance to the LGBT history.

"New York City's greatness lies in its inclusivity and diversity," Meenakshi Srinivasan, chairwoman of the New York City Landmarks Preservation Commission, said before the unanimous vote. "The events at Stonewall were a turning point in the LGBT rights movement and in the history of our nation."

Patrons fought back against a police raid on the Stonewall Inn on June 28, 1969, and the street protests that followed for several days are credited with galvanizing gay activism in New York and globally. The rebellion is commemorated with annual gay pride parades in hundreds of cities.

The vote came after a public hearing in which every speaker supported the landmark designation.

"There are few locations that can be cited as the birthplace of a global movement. One such location is the Stonewall Inn," said Corey Johnson, the City Council member whose district includes the Stonewall.

The building's owners, Duell LLC, did not speak at the hearing. Officials with the company did not immediately return a call seeking comment.

The Real Estate Board of New York said it supported the landmark designation because the Stonewall "is clearly recognized in New York City and around the world as the birthplace of the LGBT rights movement."

The designation covers two adjoining two-story buildings that together housed a gay bar starting in 1967.

One of the buildings, at 51 Christopher St., is home to the current Stonewall Inn, which remains a key gathering place for gay New Yorkers. The brick and stucco facades of the two structures, originally built as stables in the 1840s, are essentially unchanged since 1969.

The Stonewall is not architecturally distinguished and would not earn landmark status on aesthetic grounds, several speakers noted.

"It ain't a pretty piece of architecture," said Michael Devonshire, a member of the commission. But he added: "This fantastic spot represents that period of strength and dignity for the LGBT community that absolutely deserves our designation and protection."

The Stonewall was already part of the city-designated Greenwich Village Historic District, and it was placed on the National Register of Historic Places in 1999. But speakers at the hearing said the individual city landmark designation was necessary to preserve the Stonewall and recognize its historic importance.

"It must be protected against rapacious developers who would destroy the history of this sacred place and all it represents," public advocate Letitia James said.