"The face of racism today is not a slaveowner": Eric Foner on the past and present of white supremacy 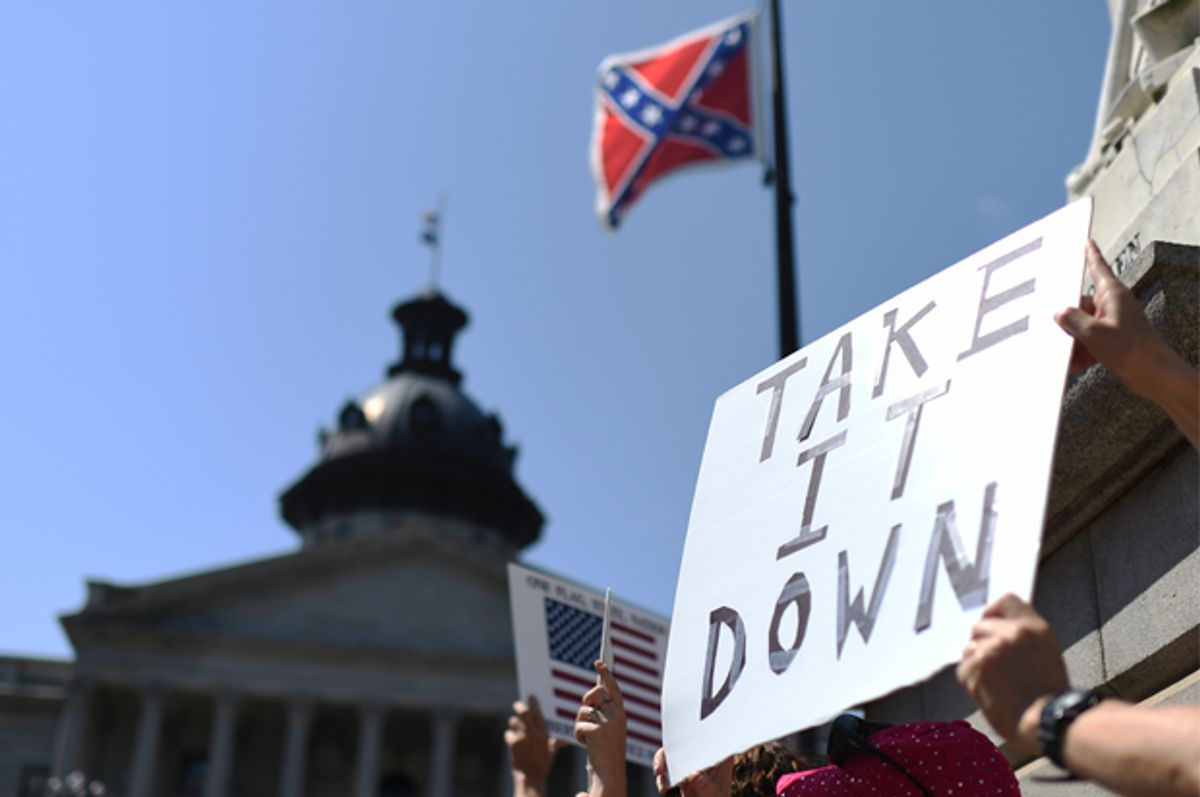 During the past generation or two, the way educated Americans, and especially historians, have come to understand the Civil War and Reconstruction has dramatically changed. Whereas it was once in vogue to play contrarian and argue that the war over slavery — and the subsequent effort to establish true, multiracial pluralist democracies in the South — had little to do with African-American liberation and white supremacy, that is thankfully no longer the case.

While no one, two or three-dozen people can rightly be said to deserve all the credit for this decades-in-the-making shift, few would deny the pivotal role played by Columbia University's Eric Foner — especially his classic book "Reconstruction: America's Unfinished Revolution, 1863-1877" as well as the Pulitzer Prize-winning "The Fiery Trial: Abraham Lincoln and American Slavery." Among others, it was Foner whose top-notch scholarship and unusually engaging prose helped usher in a new understanding of this seminal era that continues to gain influence today.

Recently, Salon reached out to Foner to get his take on the historical roots of the savage attack on Charleston, South Carolina's, Emanuel African Methodist Episcopal Church. We also discussed Gov. Nikki Haley's call for the Confederate battle flag to be removed from the state's Capitol grounds, as well as what it means to say Americans must confront their own history. Our conversation is below and has been edited for clarity and length.

How significant would it be, symbolically, for the Confederate battle flag to be removed by South Carolina?

As you know, and as it has been reported many times, the Confederate flag was only put up on top of the Statehouse in South Carolina in 1962. It was put there as a rebuke to the civil rights movement. It was not a long-standing commemoration of Southern heritage. It was a purely political act to show black people in South Carolina who was in charge.

Symbolism has its limits. On the other hand, to see that flag flying ... it's a statement by South Carolina. Black people perfectly well understand what it stands for. A lot of white people do also. I think removing it is certainly a positive step.

Can you tell me a bit about South Carolina's history in this regard, and why it's often singled, out even among its fellow former Confederate states?

I have taught in South Carolina as a visiting professor. I have lectured many times in South Carolina at the University of South Carolina, at Clemson, at Beaufort, in Charleston. I have good friends there and I'm certainly not trying to suggest that everyone in South Carolina is a deep racist or has anything to do with a guy like Dylann Roof. On the other hand, one has to recognize that South Carolina has a very unique and deplorable history when it comes to slavery and race.

And yet, not incidentally, it also had an unusually large African-American population, too, right?

What was South Carolina's experience during Reconstruction and the long postwar era?

During Reconstruction, South Carolina was the site of a very remarkable experiment in interracial democracy. Because of the large black majority, you had a considerable amount of African-Americans holding office at various levels: going to Congress, being in the Legislature, and local offices.

The result of that was a violent reaction against it. The Ku Klux Klan was very powerful in South Carolina. In 1876 there was the violent overthrow of the Reconstruction government. There have been a lot of massacres — if you want to call them that — of black people in South Carolina history. The Hamburg massacre of 1876 was part of the overthrow of Reconstruction. People forget about the Orangeburg massacre, where a number of black students were killed by officers of the state highway patrol at Orangeburg, a black college, in 1968. This is the history of South Carolina.

South Carolina was the home of Ben Tillman, one of the most vicious racists and segregationists of the 19th century. [Former South Carolina governor and senator] Strom Thurmond led the Dixiecrat rebellion of 1948 against Truman and the Democratic platform. South Carolina was one of the few states that voted for Goldwater in 1964, which was an indication of the possibilities of a Southern strategy the Republican Party has been following ever since. This is the history of South Carolina.

Again, not everybody in South Carolina is responsible for that history, but a guy like Dylann Roof imbibed those views and that heritage. It's there and I don't think the state has really confronted it. In a way, flying the Confederate flag is one indication of the fact that South Carolina has never really come to terms with its extreme history of slavery, racism and anti-black violence. It's not the only place in the country that has that, obviously, but it always has been at the cutting edge of these kind of movements.

You just reminded me of something Ta-Nehisi Coates said recently on Twitter. He argued that Roof's attack was in some ways more reminiscent of the violence perpetrated against African-Americans in the late-19th century than the upheavals associated with the civil rights movement.

I agree with him. When you read Roof's statements and manifesto, you see, apart from his craziness, language which does bring you back to the overthrow of Reconstruction in the late-19th century.

They have been raping our women — this was the charge against every black person that was lynched; they were rapists. That's the picture of blacks in "Birth of a Nation." Ninety-nine percent of the time, this was completely untrue. In fact, there was far more rape of black women by white men [than of white women by black men]. This is just a racist trope that was used against Reconstruction. It was used to justify segregation. It was used to justify lynching.

The idea that they are "taking over." In Reconstruction, they did take over. Even though the governors were white, blacks exercised remarkable amounts of political power compared to what had existed before the Civil War. This led to a very violent reaction against it. Roof's language is the language of political white supremacy, the desire to put blacks back into their place and to restore white domination. Of course, he's delusional in the sense that black people are not taking over South Carolina; they have very little political power in South Carolina. But that racist notion is deeply ingrained in reactionary thought.

Is there a similar history of attacking people while they're in church, as if to say, Even here, you are not safe?

We know there have been other attacks on black churches in the country over the years. The Klan of Reconstruction and the Red Shirts of the 1876 campaign, which overthrew Reconstruction, they went after black people in their homes to make the point that you are not safe anywhere. In a sense, the church [attack] is an example of that.

There's been a lot of talk lately about how we need to confront our history and acknowledge it and bear its weight. What does that mean to you? Because sometimes I worry that that, too, is becoming a bit of an airy, vague cliché.

I'm a historian. I believe people need to know our history. On the other hand, there is a tendency to displace the causes of current problems onto history.

The problems of black Americans today, putting aside this terrible event, are rooted in history, but are also rooted in the present. The face of racism today is not a slaveowner; it's a guy in a three-piece suit at Wells Fargo who had been putting blacks into subprime mortgages until they lost their homes in 2008. It's the people who will not hire a black person. It's the people who will not hire a person when they see he has a black-sounding name [on his résumé]. In other words, the point of studying history is to understand its link to the present — but it's not to displace the problems of the present. It's not to say this is rooted in history and the slaveowners are responsible for whatever the problem is today.