We just...thought there'd be more! 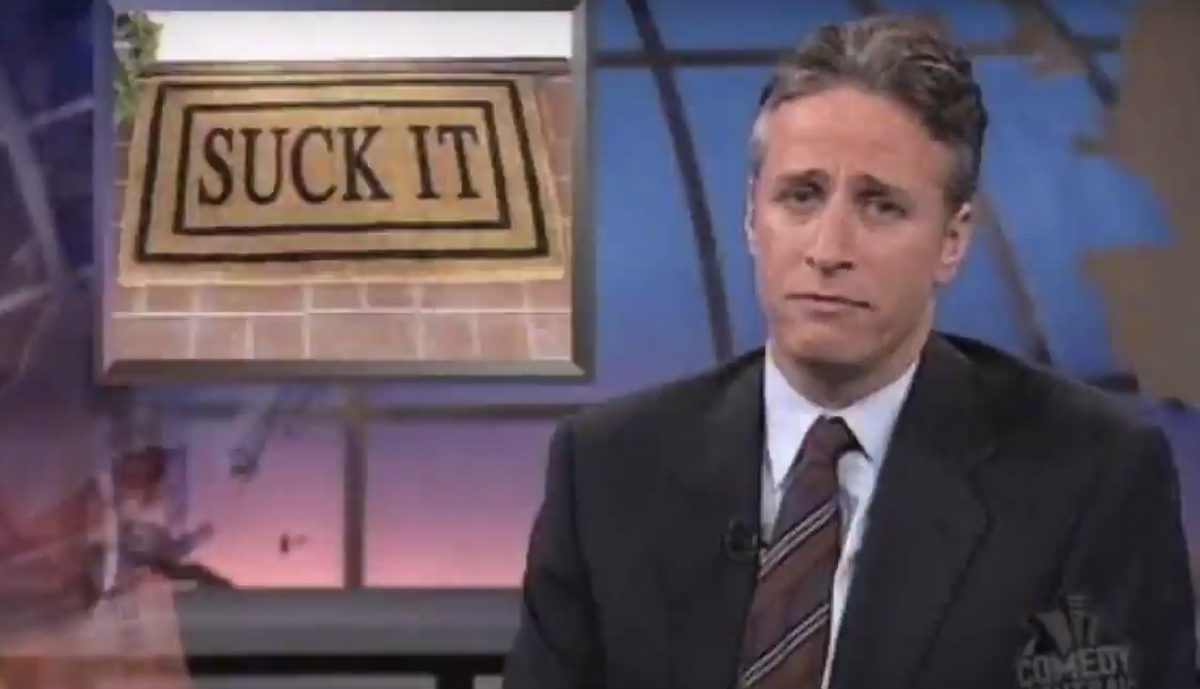 Jon Stewart is creeping closer and closer to his August departure from "The Daily Show." By then, he'll have hosted over 2,000 episodes, making this the perfect opportunity to pause and reflect on how Stewart has aged over the last 16 years. Specifically, on his short-lived phase in which he tried to have facial hair.

In a recently surfaced time-lapse video, which is almost exactly like "Boyhood" without the critical acclaim or plot, we see two minutes of "Daily Show" segments flash before our very eyes.

We just...thought there'd be more!

Watch the video courtesy of Youtuber Billy Chasen below: