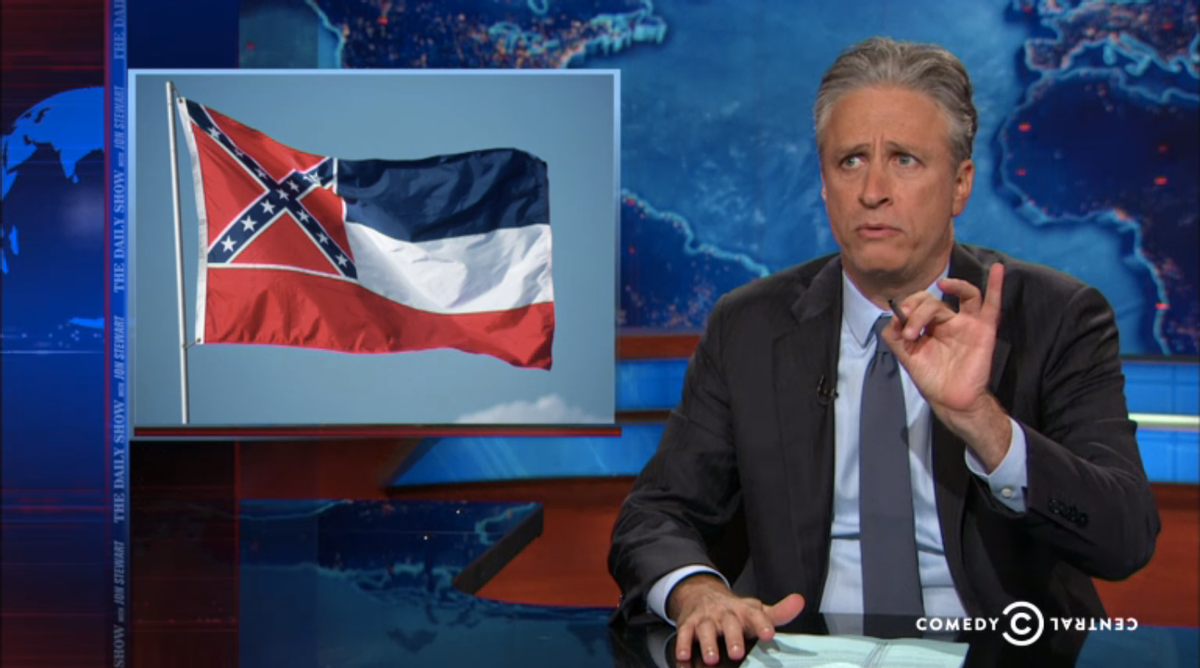 On Wednesday evening's edition of "The Daily Show," Jon Stewart turned his attention to defenders of the Confederate flag, what he referred to as an "archaic symbol of racist insurrection." The logic that the battle flag honors only the bravery of those who fought for the Confederacy, Stewart argued, is totally banana brains.

"It'd be like saying you support flying the Nazi flag because you're proud of their robust anti-smoking agenda," Stewart said. "That wasn't really their thing."

He then turned his attention to those who say that removing the flag would lead to a "slippery slope."

"Usually when you do the 'slippery slope' argument, you like to end it in something bad," he said. "You don't go like, 'The next thing, black children don't have to go to schools named after men who wouldn't have allowed them to learn how to read."