Bill O'Reilly loses his sh*t over claims systemic racism still exists: "You want a war? You got a war!" 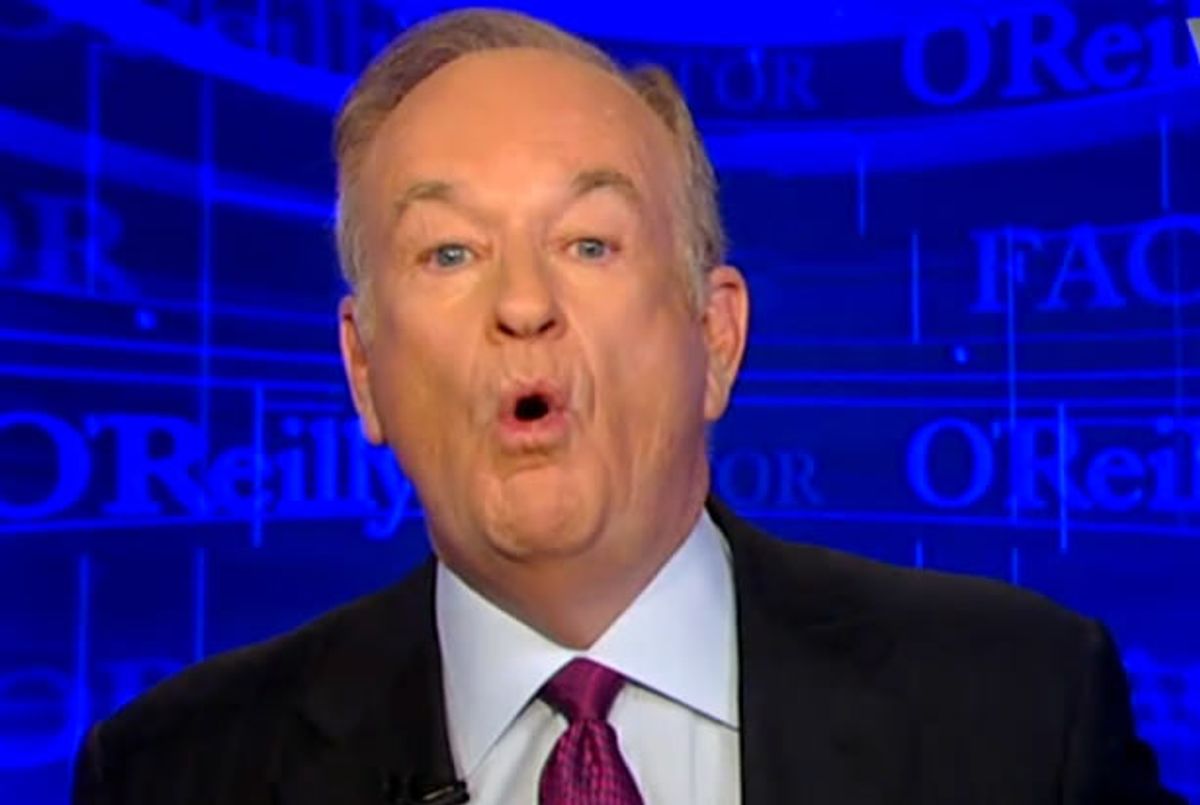 On "The O'Reilly Factor" Wednesday night, host Bill O'Reilly had what could charitably be called a tantrum -- if any of his viewers were feeling charitable after watching O'Reilly slide down a slippery slope that began with him complaining about the ostensible liberal bias of Yahoo News' automated news aggregation service and ended with him shouting, "You want a war? You got a war!"

O'Reilly started sanely enough, saying that liberals are "demonizing America as a racist nation" and mentioning that whereas the left was once satisfied with claiming that "white privilege" existed, in the wake of Charleston, liberals have upped the ante and started arguing that America is a "white supremacist" nation.

The very notion clearly angered him, and he claimed that just because there are individual white supremacists in the white community doesn't mean that "the country is defined by them" -- which is a strangely revealing statement, inasmuch as it demonstrates who exactly he means when he's talking about "the country," and because it's the exact opposite kind of logic to the one he employs when, for example, a Muslim commits a crime.

Because he felt, apparently, that he hadn't made this point strongly enough, he continued by noting that "most Americans, not matter what color they are, are decent fair-minded people," but added that "there are problems in the African-American precincts -- especially in the inner city."

He added that those "problems have little to do with white people," and that a "corrosive culture" was responsible for inner city crime. After discussing a recent crime wave in Detriot, he said that "it's not white-on-black crime that's the problem -- it's black-on-black crime!"

At this point, O'Reilly had little choice but to launch into a diatribe about the failures of the black community, saying that "there's no organized effort to harm black people by white people" -- not just because institutional racism doesn't exist anymore, but because "the real racism consists of looking away from what's really harming black Americans," i.e. "the dissolution of the African-American traditional family," violence in the inner city, and a crumbling public school infrastructure.

He benevolently suggested that all students should be held to an egalitarian standard -- ignoring the fact that inner city schools are funded, to put it lightly, differently than those in the suburbs -- before declaring that he was fed up with media outlets who "lie" about what he and his fellow Fox News personalities say about race.

"Fox News is attacked when we report the truth?" he said, not really even asking. "You want a war? You got a war! I'm not going to sit here and take this garbage any longer. People who lie and run the country down, and who are racists themselves, are going to be called out on 'The Factor.'"