Brittany Gibbons: "Once I learned to like my body, I cared more about what I put into it"

The blogger, model and TED talk rock star on how she took control of her body image, then over how she eats

By Brittany Gibbons as told to Deena Butt 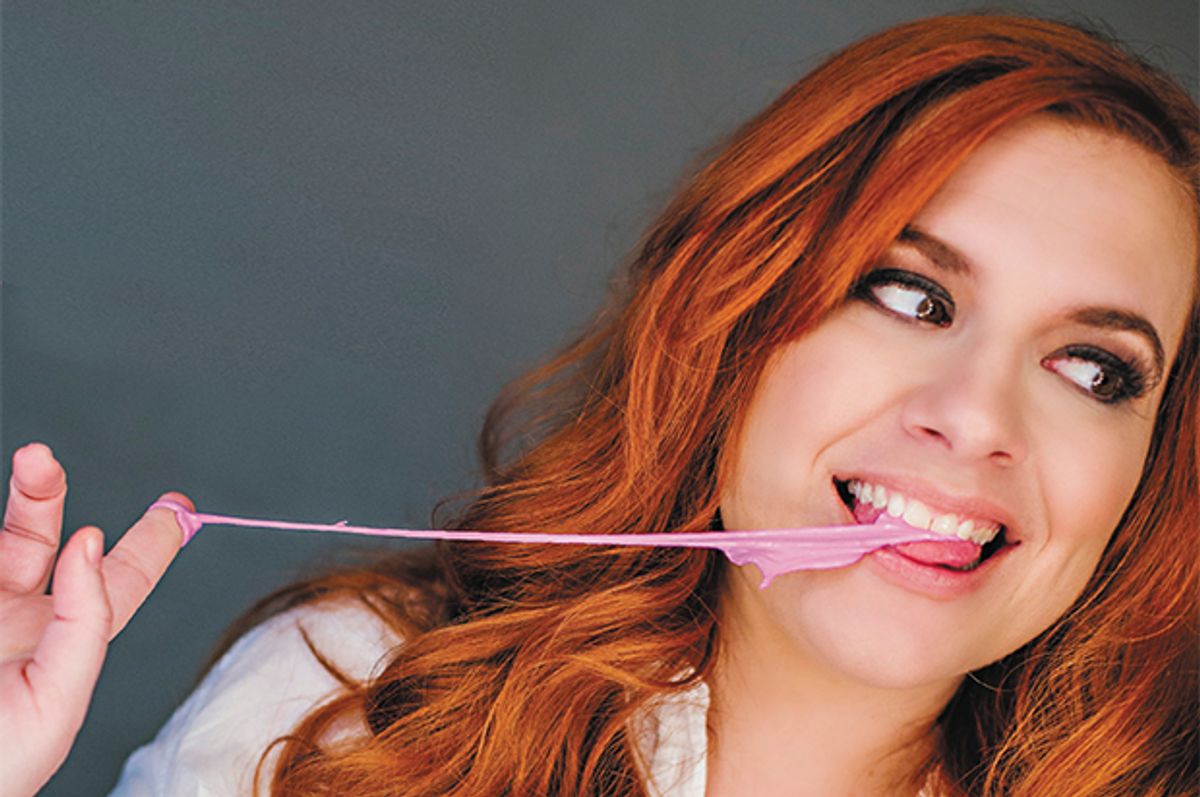 It’s a lot easier to exist and be strong and powerful, but we always have people reminding us why we are very flawed. It’s funny to think about, but before a boy -- when I was 8 -- told me I was fat, I really had no idea. My parents were both plus-size, but my mom is not really feminine, so looks and beauty and dieting all the time .... we weren’t really worried about any of that. I was just existing as this 8-year-old girl.

We make these really quick, snap judgments of people based on what they look like. For people who are plus-size, a lot of these assumptions is that they eat a lot of fast food and they probably don’t exercise a lot, they’re probably consumed with what they’re consuming -- which is kind of crazy.

Dieting promotes such an unhealthy relationship with your body and with food -- I had no respect for either while dieting, because I saw both as the enemy, and that’s not a good thing. I wasn’t educated enough about it; I wasn’t careful or respectful of either body or food. So when I would diet, I was chasing this really unachievable extreme at the complete expense of my health. My hair was falling out, my nails were breaking in half. I was an unhealthy color -- my skin was weird. On top of that, I was highly anemic.

And yet, everyone told me I looked amazing. Which really threw me. I thought, “Really? Because I feel terrible.” But once I got away from that, and started learning to like my body, I cared more about what I put into it. I eat amazing food right now. I love eating food that takes care and time in eating. I didn’t have respect for that before.

"Health" is really a great crutch that people use to discriminate against different sizes of people. I find “health” to be a really socially acceptable excuse to discuss people’s body size, which is a really rude thing to do. One of the really weird things about my struggle with bulimia was that it really didn’t have anything to do with food. I was really looking for a way to control what my body was looking like. I felt like bulimia would let me get the hunger pains gone, but still be able to fit in the clothes from the Gap.

We have so many people shaming people for their bodies, and being disgusted by this epidemic, but also cutting the entire solution off by limiting affordable fresh and healthy food for people who have a lower income. At the same time, they’re not even giving these people access to knowledge about food.

I am a really good cook -- I’m a horrible baker. But, it’s kind of a joke that I never do. I’m the queen of takeout, which is really weird. My mom always cooked. It’s just about not having enough hours in the day.

Growing up, we were very much on a survival diet. We ate so many things like rice and ground beef and potatoes because it was really filling, and it would last for days. Even now -- it’s funny when you asked if I cook, my husband laughed -- because when I cook, I’m cooking for a family of five and it’s like I’m cooking for 12. I have this mentality of, I have to make a lot of food, every inch of it counts, and then clean my plate.

My finances growing up definitely affected me. I still eat today, I clean my plate, with the thought that I might not get another meal.

We want people to stop being fat. We’re desperate and mean about it. But we give them no tools to do it, especially people who struggle financially. It’s so expensive to eat healthy. It’s crazy expensive. I myself don’t know how to eat and cook healthy all these years later. I cook to eat great food. So having that knowledge and access is so important.

As the years have gone by, I’ve really let that go because the last thing I want for them is to have a terrifying relationship with food. My husband and I have really made a point to make them explore food and enjoy it. They eat so many ethnic and exotic cuisines now, and they’re only six, eight, and nine.

I love them getting this love of food that I never had. I didn’t get to enjoy food because it was fun, only because it made my stomach stop hurting. I’m excited and very cognizant of pushing them towards having an exciting relationship with food.

By Brittany Gibbons as told to Deena Butt

MORE FROM Brittany Gibbons as told to Deena Butt