Clarence Thomas: The NBA proves "racial imbalance" can be good for black people 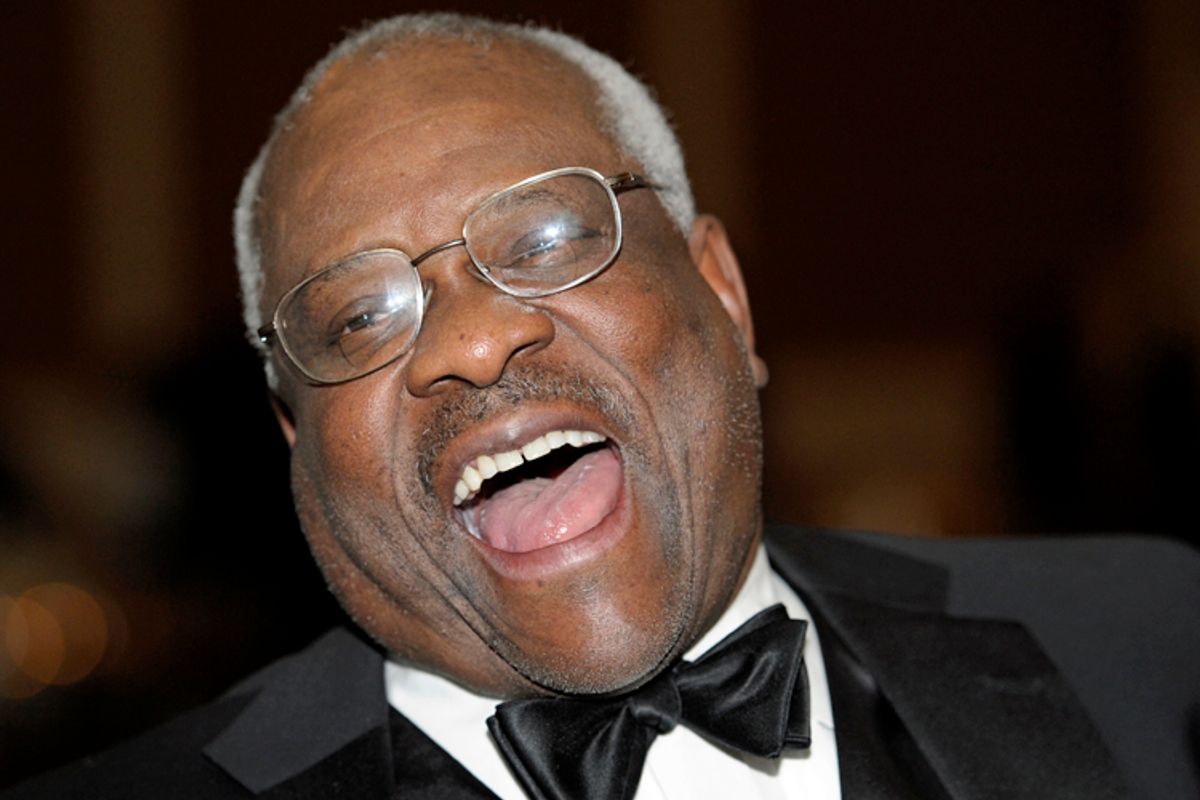 In a less headline grabbing decision today, the Supreme Court ruled that those affected by discriminatory housing decisions can sue even if they can’t prove the discrimination was intentional.

Civil rights groups were handed an unexpected victory when in a 5-4 decision, the Supreme Court endorsed the consideration of disparate impact to establish racial discrimination in housing cases under the 1968 Fair Housing Act.

The otherwise pro-business Justice Kennedy wrote the majority opinion but one of the other noteworthy opinions came from conservative Justice Thomas’ dissent, in which he wrote, “the fact that a practice has a disparate impact is not conclusive evidence that a practice is discriminatory.”

A well enough point, but it was the example he used to illustrate this point that proved most curious.

“Over 70 percent of National Basketball Association (NBA) players have been black,” Thomas pointed out, arguing that “racial imbalances do not always disfavor minorities.”

“If, for instance, white basketball players cannot bring disparate-impact suits— then we as a Court have constructed a scheme that parcels out legal privileges to individuals on the basis of skin color," he continued.

Thomas went on to cite examples of minorities who “have owned or directed more than half of whole industries in particular nations” including  “Jews in Poland” and “the Chinese in Malaysia” to argue that not all disproportional representation is bad.

Expressing his clear frustration, the George H.W. Bush appointee wrote that “Disparate-impact proponents doggedly assume that a given racial disparity at an institution is a product of that institution rather than a reflection of disparities that exist outside of it … It’s wrong to assume that  in the absence of discrimination, an institution’s racial makeup would mirror that of society.”

And in an astounding aside, Thomas accused the majority of rewriting history by failing to address the role of “white flight” in creating such segregated housing scenarios, seemingly excusing developers’ discrimination as a logical result of desegregation:

5 It takes considerable audacity for today’s majority to describe the origins of racial imbalances in housing, ante, at 5–6, without acknowledging this Court’s role in the development of this phenomenon. In the past, we have admitted that the sweeping desegregation remedies of the federal courts contributed to “ ‘white flight’ ” from our Nation’s cities, see Missouri v. Jenkins, 515 U. S. 70, 95, n. 8 (1995); id., at 114 (THOMAS, J., concurring), in turn causing the racial imbalances that make it difficult to avoid disparate impact from housing development decisions. Today’s majority, however, apparently is as content to rewrite history as it is to rewrite statutes.