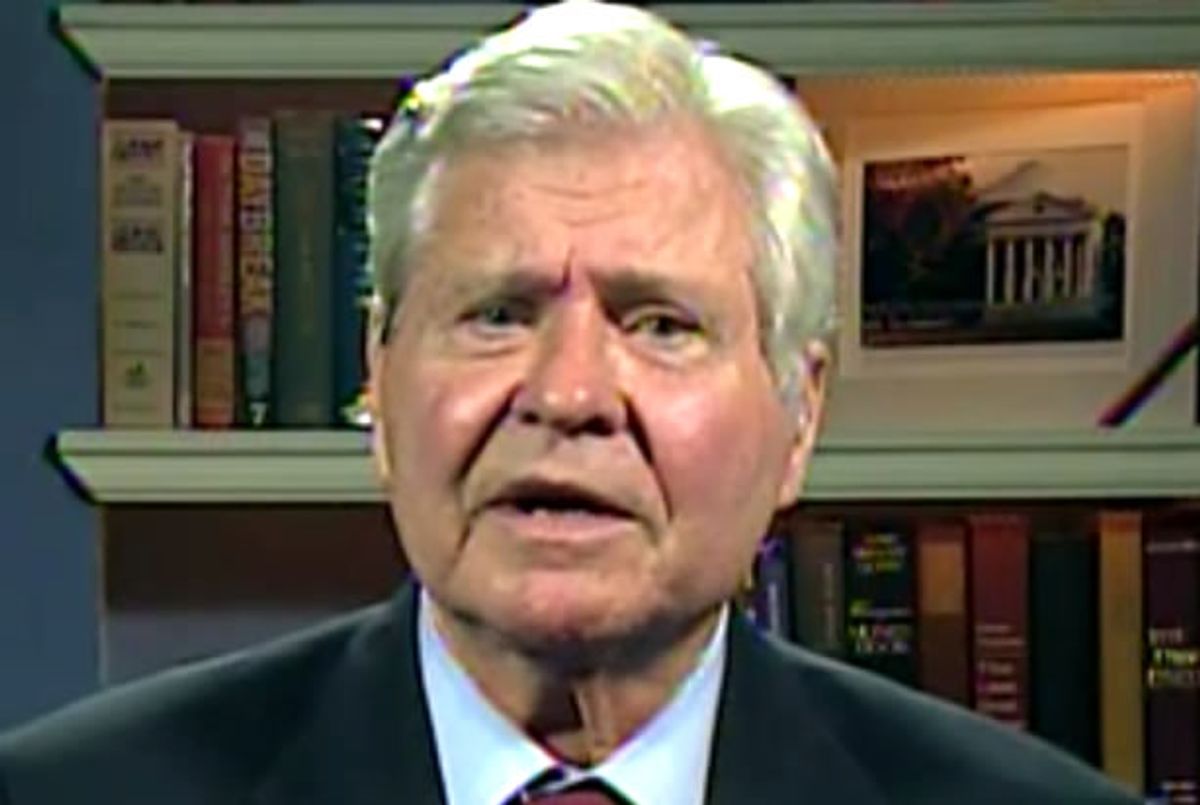 On "Fox & Friends" Thursday morning, co-host Elisabeth Hasselbeck spoke to Ben "Cooter" Jones -- one of the co-stars of long-running television series "The Dukes of Hazzard" -- about the decision by Warner Bros. to pull the iconic, Confederate flag-topped "General Lee" from its product line, as well as the more general effort to remove the flag from public display.

Hasselbeck began by quoting a Facebook post Jones wrote, in which he said that "[w]e are not going to be shamed into turning our backs on our heritage" and that he would "fight these people until hell freezes over."

"And then I will fight them on the ice," Jones added after she had finished reading his post. "I came out of the Civil Rights Movement, that's how I got into politics."

He helped transform the South, he said, from "Jim Crow and segregation and all that into the most progressive, biracial, fastest growing economy in the country -- we have done that together [because] we have reconciled."

"This whole movement, this hysteria of cultural cleansing breaks down that" reconciliation, Jones said.

Hasselbeck asked Jones what he would say to those who believe the Confederate flag is a symbol of hate, especially when it appears on license plates or is hung outside a state capitol.

"There's an argument to be made there," he said, "because it represents all of the tax payers. But where does it stop?" Jones noted that there are "already calls to remove statues of Robert E. Lee and renaming this street or that building, this statue or monument -- this does not reconcile people."

In actuality, the movement to have statues of and monuments to proud racists outstrips the current controversy by a number of years, but Jones disapproves of all such measures, inasmuch as he believes they "break [people] apart."

"It is true," he said, returning to the Confederate flag, "that symbol has been used for hateful purposes. We know that -- but the vast majority of its uses is not about that," he added, though he didn't indicate what those uses might possibly be.

Dylann Roof, Jones said, "is one sick individual, [but] he doesn't represent the 70 million of us who are descended from those who fought for the Confederacy."

He concluded by noting that "if we start down this slippery slope, we're going to have to rename the capital of the United States, which was named for the biggest slaver in Virginia," and "get rid of the Declaration of Independence, which was written by a man who bought and sold human beings," and "the Bill of Rights and the Constitution too -- all those things are fair game now!"