Dylann Roof is the new face of globalized hate: Why white nationalism is a distinctly modern threat 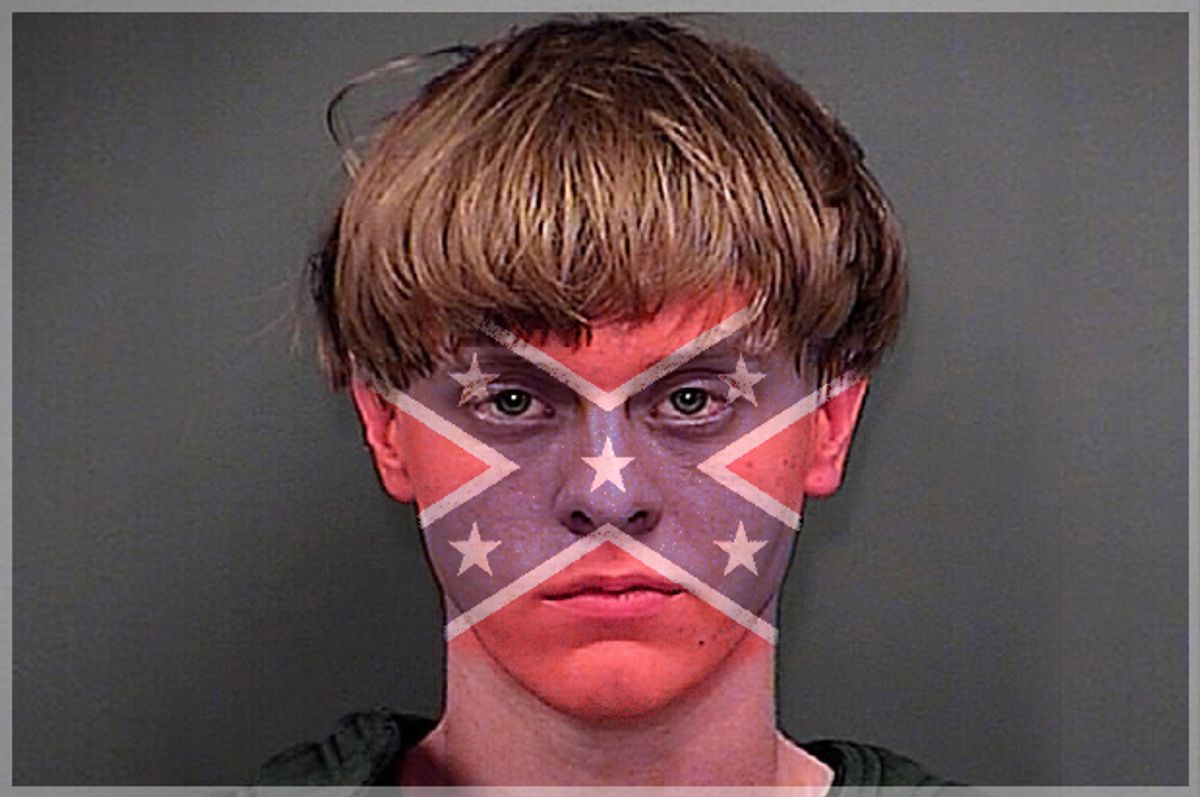 In the days since Dylann Roof murdered nine people, all African-American, in a church in South Carolina, the national conversation has largely concentrated on how the young killer's actions fell neatly into a long pattern of American history. And that's been a good thing; the history is long, bloody, shameful and too often ignored.

However, as the Southern Poverty Law Center's J. Richard Cohen and Morris Dees wrote in a Monday Op-Ed for the New York Times, there's another element of Dylann Roof's story that we must not ignore. Because just as much as Roof is a product of America's past, he is also the result of distinctively modern forces. Namely, the large, multinational and influential "white nationalist" movement that is bringing together white supremacists from all over the world — and which is not going away any time soon.

Recently, Salon spoke over the phone with Cohen to discuss his Op-Ed, Roof's white nationalist leanings, and why there's reason to believe that white supremacist violence may be a bigger threat in the future than many of us assume. Our conversation is below and has been edited for clarity and length.

First of all, let's define our terms. What is "white nationalism"?

White nationalism is the idea that a unit of organization in society ought to be based on race, rather than country. It’s where people’s pride and people’s identity is wound up with their race, and not with traditional geographic bounds. The Charleston shooter — who said in his manifesto, “I hate America” — sees himself as having something in common with his white brethren in Europe. That’s a very common thing today, and that’s typically what’s meant by the term "white nationalism."

When you were looking through Roof's writings, how could you tell he was a pretty well-informed ideologue rather than being simply deranged?

The first thing you can say is that although the Charleston shooter is a high school dropout, he is a student of white nationalism. He knows the symbols, he knows the talk, and he actually has somewhat of a nuanced view of certain issues.

In his manifesto, for example, he talks about common problems that the United States has with Europe — and that’s a sure sign of white nationalism. We recently discovered [his postings] on a website called the Daily Stormer, a neo-Nazi website, where he was talking about Golden Dawn, which is the fascist party in Greece. So it’s clear that he sees himself as part of a worldwide movement, and not simply an indigenous movement in this country.

When you're talking to people who don't know much about the white supremacist subculture Roof lived in, what are some of the more common misconceptions you encounter?

First of all, it’s scope. We know that the Ku Klux Klan is dying, and for so long they were the symbol of white supremacy in this country. But the fact that the Klan is dead doesn’t mean that other forms of white nationalism, which are much more prominent nowadays, aren’t a problem in our country.

Second, people don’t understand some of the levers that are moving the white nationalist movement. The major one that we’ve seen in the last 15 years has been the changing demographics in our nation. We [figured] that, after the civil rights movement, all the white nationalist activity would subside. But the truth of the matter is that, in the last 15 years, we’ve seen a big uptick.

What does this new form of white supremacy look like?

For example, Jared Taylor is the head of this company called the American Renaissance. He probably thinks of himself as an intellectual in the white nationalist world. He was in a big conference last year in France, and right now he’s serving as the spokesperson for the Council of Conservative Citizens — and that was the group whose website was the entry point for the Charleston shooter into the world of hate.

The group you just mentioned, the Council of Conservative Citizens, is understandably getting more attention now than it has maybe ever. Can you tell me a bit more about it and the role it's played in Southern society as of late?

The Charleston shooter’s radicalized viewpoint into the white supremacist movement was propagated, in part, by the website of an organization called the Council of Conservative Citizens. That’s an organization that was built on the mailing lists of the old White Citizens Councils — i.e., the groups that began in the South in the 1950s and '60s to resist desegregation efforts. The organization is simply unrepentantly racist.

Despite their unvarnished racism, for a significant period of time in the '90s and in the years 2004 and 2005, they had a lot of support from the Republican Party in the Deep South. Lots of Republican Party candidates and officeholders addressed their rallies, and addressed their annual meetings; [former Senate Majority Leader] Trent Lott spoke to them five times.

I want to return to something you said a moment ago about how demographic changes are part of what's driving the modern white supremacist movement. If that's true, doesn't that mean that we should be thinking about how this problem might get worse in the short- and medium-term? It's not like these trends are going to dramatically reverse themselves, after all.

I think that’s exactly right. When the Southern Poverty Law Center was founded, back in 1971, fewer than one-in-five persons in our country were non-white. Today, that figure has doubled; and there’s been a backlash to it. In the next 35 to 40 years, what we call the majority today will be the minority, and I think the country will continue to have a backlash and continue to have flash points.

In the end, the country will be fine. We will draw upon the talents of not just a diverse population in this country, but the population of the world. But I think we would be Pollyannaish to think that these types of demographic changes, against a backdrop of uncertain economic times, are not going to produce a significant backlash.