The gang also argued that racism isn't a real problem in the U.S. 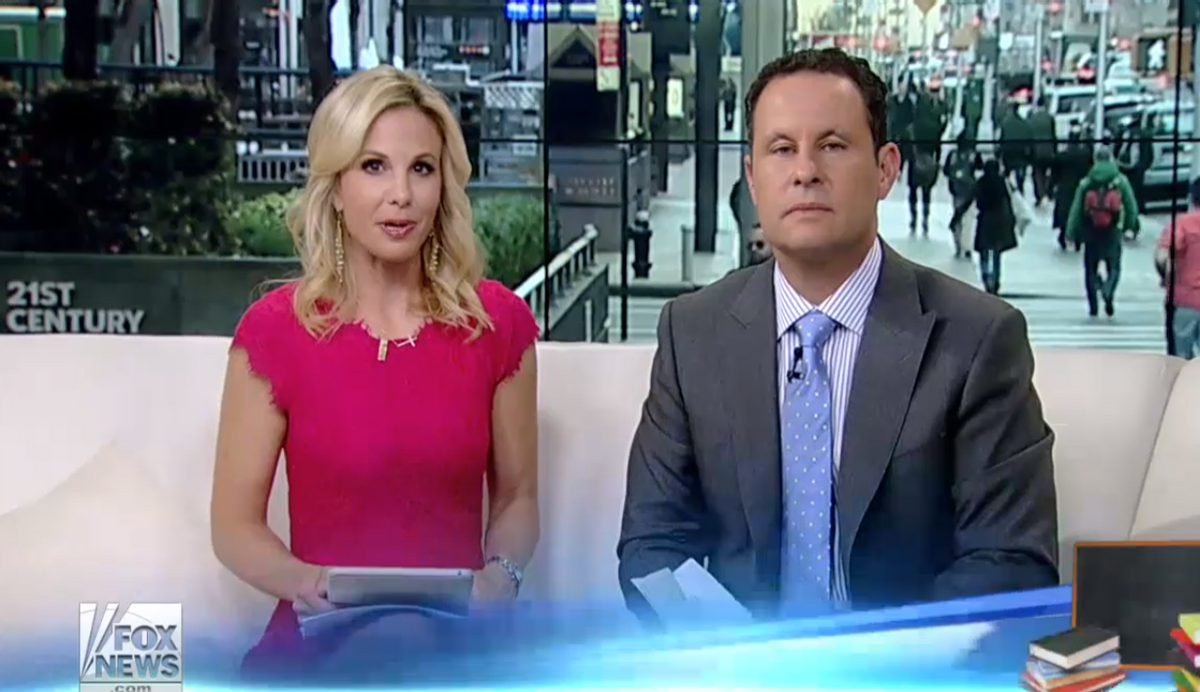 On Thursday morning's "Fox & Friends," hosts Steve Doocy, Elisabeth Hasselbeck and Brian Kilmeade demonstrated a fairly impressive feat for a five-minute segment, denying that racism is a widespread problem in the U.S. then swiftly arguing that it isn't their fault they didn't know Dylann Storm Roof, the Charleston shooter, was a white supremacist.

Hasselbeck first said, "It's disappointing and it's irresponsible to call racism when it's not racism because it basically underscores the hate when it actually does happen--"

"It blunts it," Kilmeade corrected.

"If we were a racist nation, Barack Obama would not have been elected president of the United States twice. It's a math thing," Doocy chimed in.

The three then spend upwards of three minutes defending their prior analysis that the Charleston shooting was potentially a religion-based hate crime instead of a race-based hate crime because, "it happened at a church!"

"We were never told the nature of the bias," Doocy insisted.