Jon Stewart and Andrew Napolitano weigh in on PC policing: The "right not to be offended" doesn't exist

You do not have the right to say whatever you want without getting criticized, Stewart argued 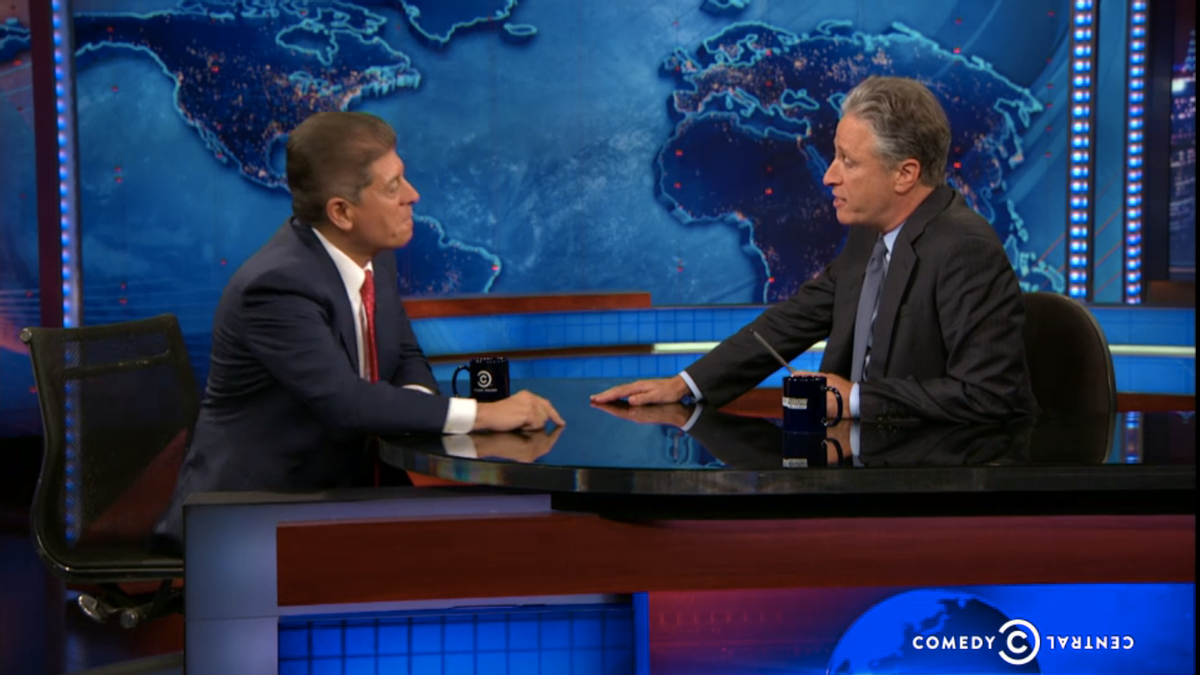 On Wednesday evening's edition of "The Daily Show," Jon Stewart interviewed Fox News' senior judicial analyst Andrew Napolitano. The two discussed the rights of various parties to fly the Confederate flag -- a discussion that soon turned into one about policing speech.

"It's also not the right to speak without consequence or pushback and I'm noticing a trend that says that, 'I should be allowed to say whatever I want and you can't criticize me because that's threatening and intimidation. But it's not, it's the conversation."

"That is called the right not to be offended," said Napolitano. "There is no such right."

"I'm really interested in this new trend of if somebody pushes back on you then that's PC policing and I find that shocking," Stewart continued.