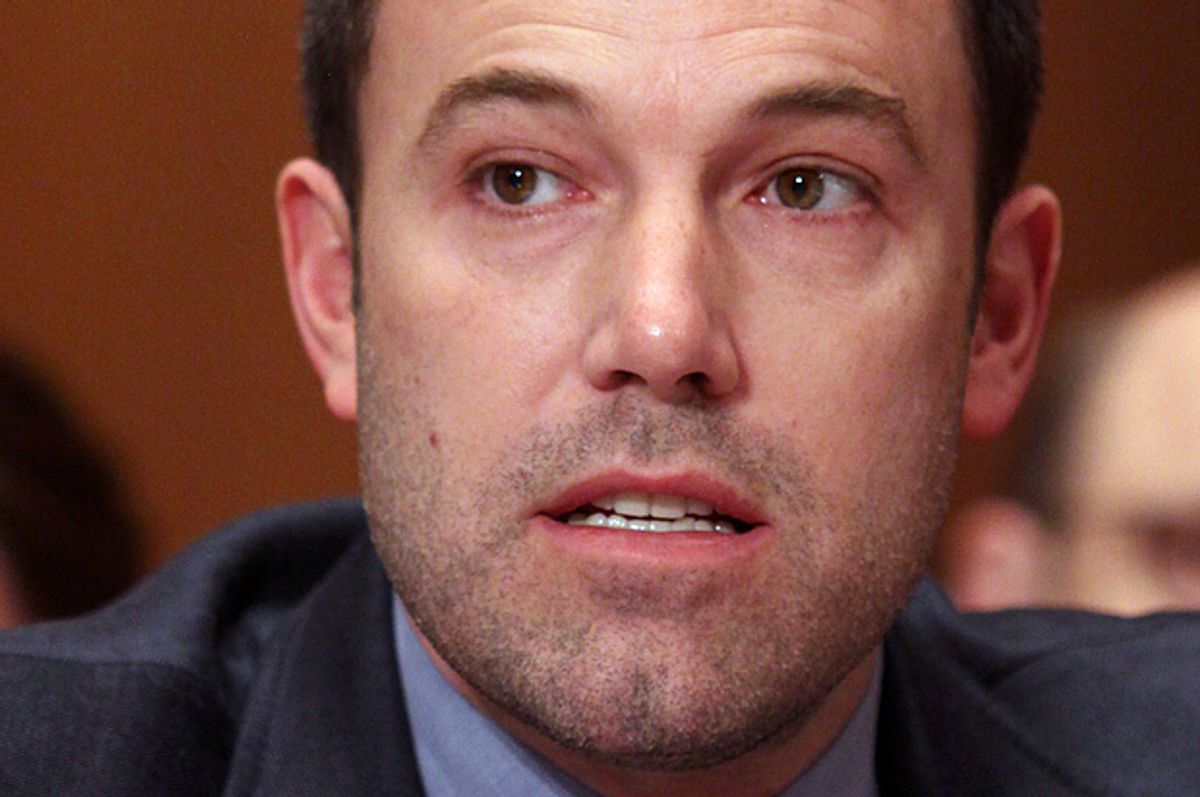 PBS has suspended genealogy show “Finding Your Roots” after an investigation determined that Ben Affleck was able to unduly influence decisions about the show's content; specifically, when the program complied with Affleck’s request not to include details about his slave-owning great-great-great grandfather in an episode last October.

PBS found that the show had violated PBS’ standards “by failing to shield the creative and editorial process from improper influence, and by failing to inform PBS or WNET of Mr. Affleck’s efforts to affect program content.” The network announced that it planned to delay the third season in order to make staffing changes, including hiring a fact checker and an “independent genealogist,” while decisions about a fourth season are being delayed until the changes are succesfully implemented. Affleck’s episode will no longer be aired on reruns or be available via streaming.

The controversy erupted when journalists discovered an email -- made available via the Sony hack -- from show host Henry Louis Gates Jr. to a Sony executive expressing concerns about a “megastar” (who turned out to be Ben Affleck) seeking to influence content. At the time, Gates expressed worries that “once we open the door to censorship, we lose control of the brand.” Yet when the episode aired in October, the information about Affleck’s slave-owning ancestor was omitted.

After the scandal broke, Gates defended himself saying he wanted to focus on “the most interesting aspects of [Affleck's] ancestry," while Affleck posted a lackluster apology on his Facebook page, saying  “We deserve neither credit nor blame for our ancestors and the degree of interest in this story suggests that we are, as a nation, still grappling with the terrible legacy of slavery" (duh Ben, duh).

According to The New York Times, Gates apologized in a statement on Wednesday. “I sincerely regret not discussing my editing rationale with our partners at PBS and WNET and I apologize for putting PBS and its member stations in the position of having to defend the integrity of their programming​," the host said.