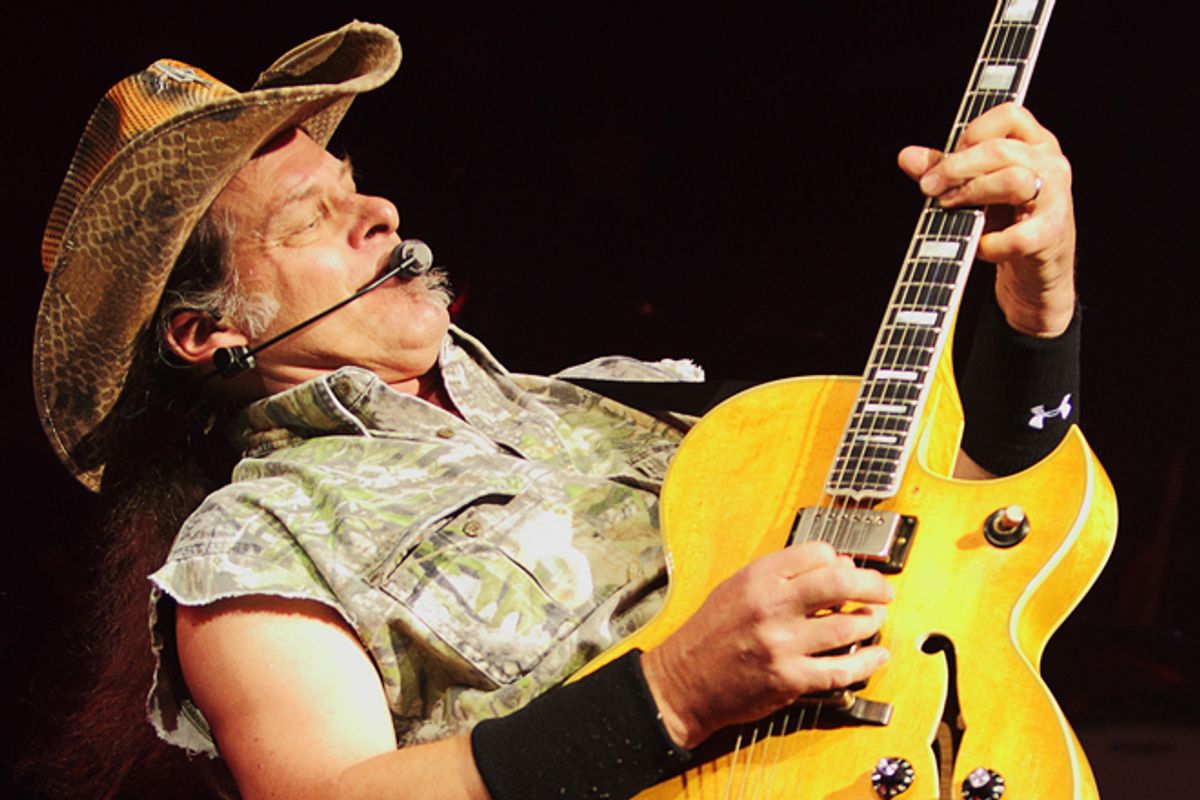 In his latest World Net Daily column, conservative rocker Ted Nugent did the unthinkable -- he openly praised President Barack Obama. Of course, that praise came in the service of an article whose main purpose seems to be how many times Nugent could gleefully repeat the word "n*gger" with all the dignity of Rex Kramer: Danger Seeker -- but praise is praise.

According to Nugent, however, the point of the article is to welcome the president to "The Honest Society," a "clan" of people who are "not afraid of speaking honestly without fear of politically correct word Nazis going berserk." Members of "The Honest Society" agree that the "dishonest referencing of the word by its first letter is the epitome of political correctness gone mad."

Nugent offered a brief lesson for those who "have completely lost touch with the real world" and don't realize that "the word n*gger has historically been used in a powerfully positive way when describing the proud heritage and history of deeply respected, even revered 'blackness.'"

He thanked Obama for allowing him to partake of that "blackness" again, as he misses that bygone era in which "the greatest compliment a musician could ever dream of [was] when the word was used to describe my Motown touch."

But why would he? His half-hearted gestures at high-mindedness are little more than a series of excuses to use a word previously forbidden to him, and in this respect he is no different from a child in a tree house exploring English profanities out of earshot of his parents.

The point is not what any of the particular profanities actually mean -- the point is how enjoyable it is to speak out-of-line without fear of reproach. And that, Nugent believes, is the takeaway from the president's appearance on Marc Maron's "WTF" podcast.