"You are pretty smart for a diversity hire!": Watch Margaret Cho's hilarious take on Hollywood sexism 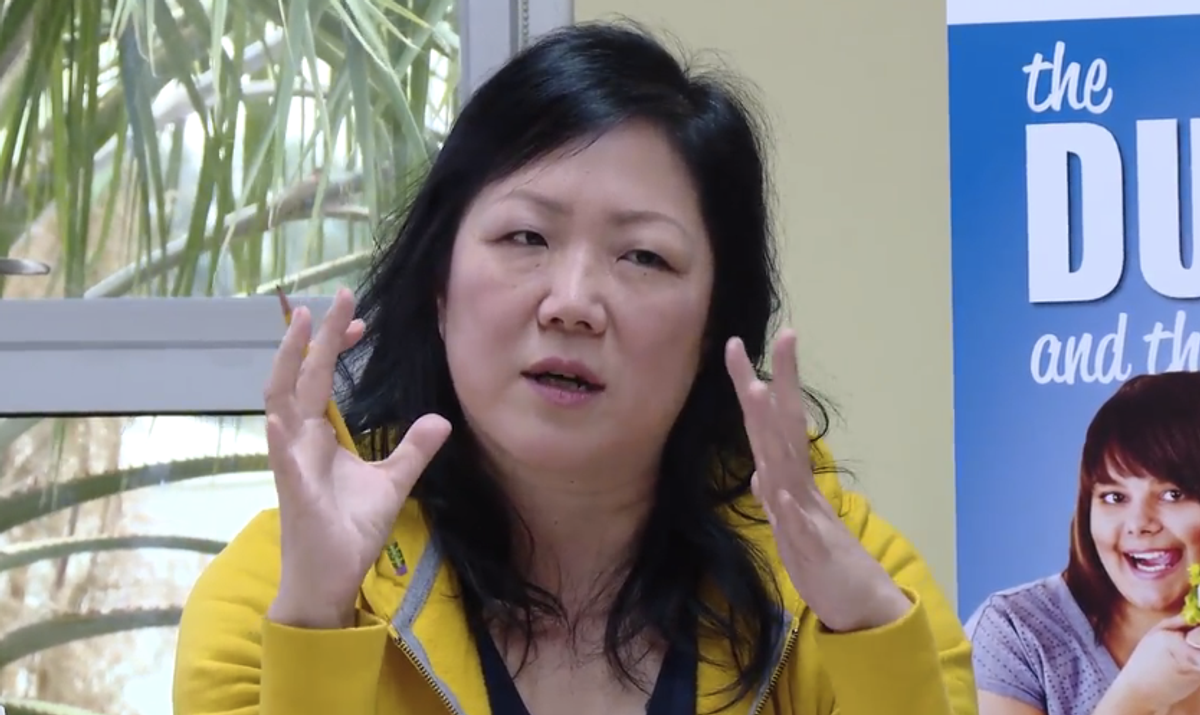 Are you surprised to learn that Margaret Cho was involved in what might be one of the most on-point parodies of Hollywood sexism to appear on the Internet lately? Probably not. The comedian has long been outspoken about being a feminist, and about what that means in the entertainment industry (not too many good things, unfortunately).

And so, in an unsurprising but nonetheless delightful move, Cho teamed up with Funny or Die to produce a hilarious spoof of gender dynamics in the industry, highlighting how different TV sitcoms would look if women ran the show as men do. Working in a roomful of female writers, the star and her team struggle to develop a male character on "Duff and the DILF," a play on the common "schlubby dude marries significantly more physically attractive woman who has no depth whatsoever" trope.

As Cho and the other women brainstorm ways to give "Dan" more dimension, they come up with a few suggestions: make him do standup, because everyone knows men aren't funny; give him a hot male friend, with whom he talks about nothing; have him become hypersensitive and emotional because he's suffering from blue balls. Finally, the comedian reaches out to her one male assistant, Barry.

"Barry, you are pretty smart for a diversity hire," Cho responds, before promptly ignoring his advice.

"And it wouldn't kill you to smile," she adds.

Watch the spoof below:

If Women Ran Hollywood with Margaret Cho from Funny Or Die