Banning games isn't the answer: Why Apple's response to Charleston is so stupid

When it comes to disowning the Confederate battle flag, there's a right way and a wrong way. Apple chose the latter 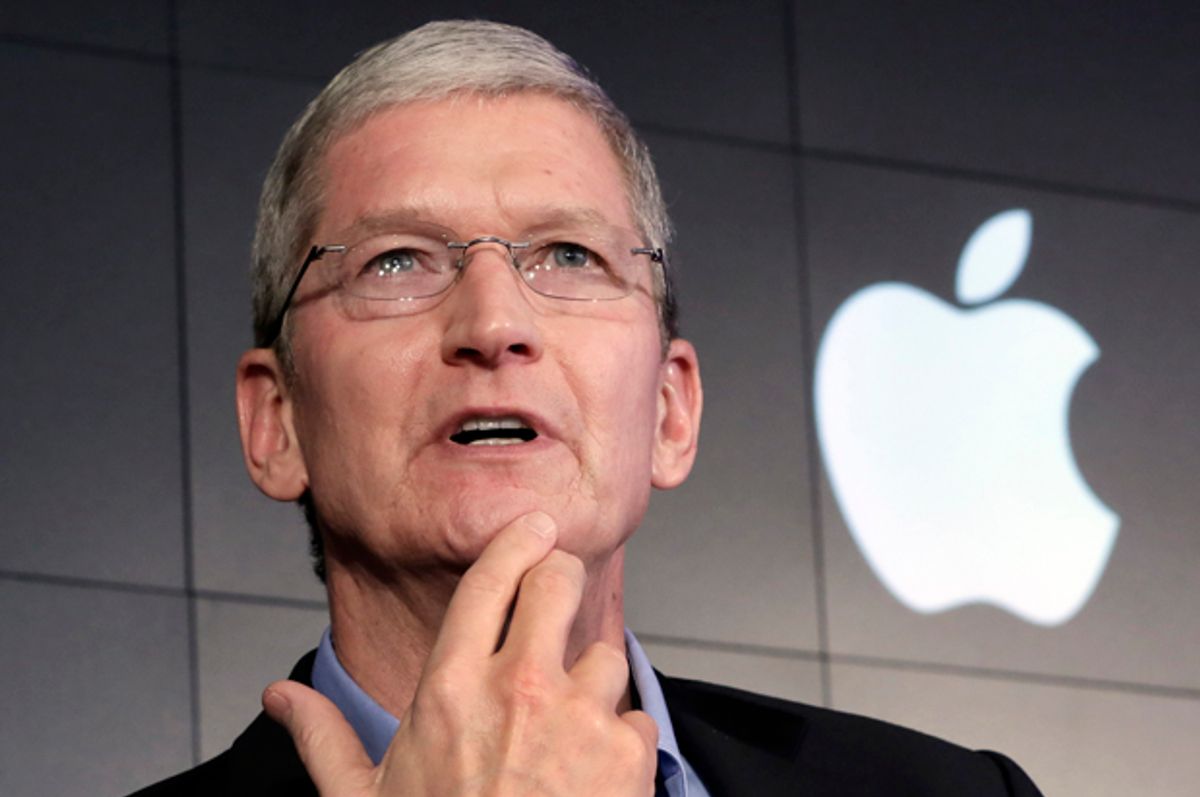 Earlier this week, in response to South Carolina Gov. Nikki Haley’s call for the Confederate battle flag to be removed from the state’s Capitol grounds, I wrote a post commending the governor for doing what was obviously right.

But I also expressed concern that she was doing the right thing for the wrong reasons, and that, by defending her move with the language of feelings, she risked perpetuating a misunderstanding of why so many find the Confederate battle flag objectionable. It’s not about politeness or manners, I argued; it’s about fighting white supremacy.

In the mere two days since that post went live, it has become clear that Haley’s break with the flag, that once-unimpeachable shibboleth of Southern politics, wasn’t an act of bravery so much as good professional instincts. Not only has Haley been followed by fellow Southern Republicans in the South Carolina legislature, as well as in Mississippi and Alabama, but private sector behemoths like Walmart, Amazon, Sears and eBay have decided to ditch the flag, too. And now comes word that mighty Apple has hopped on the bandwagon, kicking multiple rebel-flagged games from its App Store.

Unfortunately, however, it appears that Haley was ahead of the curve in more ways than one. Because just as Apple has joined her in no longer wanting to legitimize the trademark of the Army of Northern Virginia, its seems to have also done so without actually understanding why. The company claims it’s only zapping apps that feature the flag “in offensive or mean-spirited ways.” But when you look at some of their targets, including many games about the Civil War itself, that doesn’t hold up. A different, stupider explanation — that the company is treating the flag as if it were no less dangerous than the eyes of Medusa — makes more sense.

Take the “Civil War” game series by HexWar Games, for example, which saw at least four of its editions banned by Apple. To state the obvious, there are war games; and they’re war games about the Civil War. When it comes to the mission of the Confederate army, I’ll agree with Ulysses S. Grant’s famous description of it as “one of the worst for which a people ever fought, and one for which there was the least excuse.” But that hardly makes the use of the flag in a game about the war “mean-spirited” or “offensive.” Apple says they won’t touch apps that “display the Confederate flag for educational or historical uses,” and though I doubt these war games are educational, they are historical, at least.

Now, if these games soon get their App Store privileges back and once again find themselves on Apple’s virtual shelves, I won’t be surprised. According to Kotaku, this isn't the first time the people running the App Store have shown signs of being either confused or incompetent. And despite what the angry young men of #GamerGate may argue in dozens upon dozens of ever-so-angry tweets, this is not exactly the greatest infringement on liberty the world has ever seen. Stipulating all of that, though, I still think Apple’s decision was ominous; and I still believe it should especially concern sincere anti-racists.

Because if we adopt a zero-tolerance policy regarding the Confederate flag, you can guess, looking at the present, where it’s likely to lead. The idea that white supremacy is a distinctly Southern affliction would likely be reinforced, even though it has always been a fantasy. The mistaken view of racism as an artifact of history would likely get strengthened, too. People would likely treat the flag like we treat the word “nigger,” hoping that if they ban it from their consciousness, they can make racism disappear. And the myth that we can wall ourselves off from the nasty parts of our heritage, which is one of American society’s more distinctive neuroses, would become even harder to shake.

A superior course, I’d argue, would be to deepen our understanding of our past, so that we can see the connections between the injustices of history of history and the iniquities of the present. Instead of exiling the flag from the culture as if it never existed, we’d acknowledge how the legacy of the Confederacy is still with us today. We’d recognize white supremacy as an inextricable part of the country’s founding, but not one we can’t defeat so long as we have purpose and conviction. And the cherry on top? Nobody would have to give up their video games.