Fox News contributor: There's only "residual racism" in America today and it's not "a barrier to black progress"

When will African-Americans be satisfied with all white America has done to "eradicate the sins of slavery"? 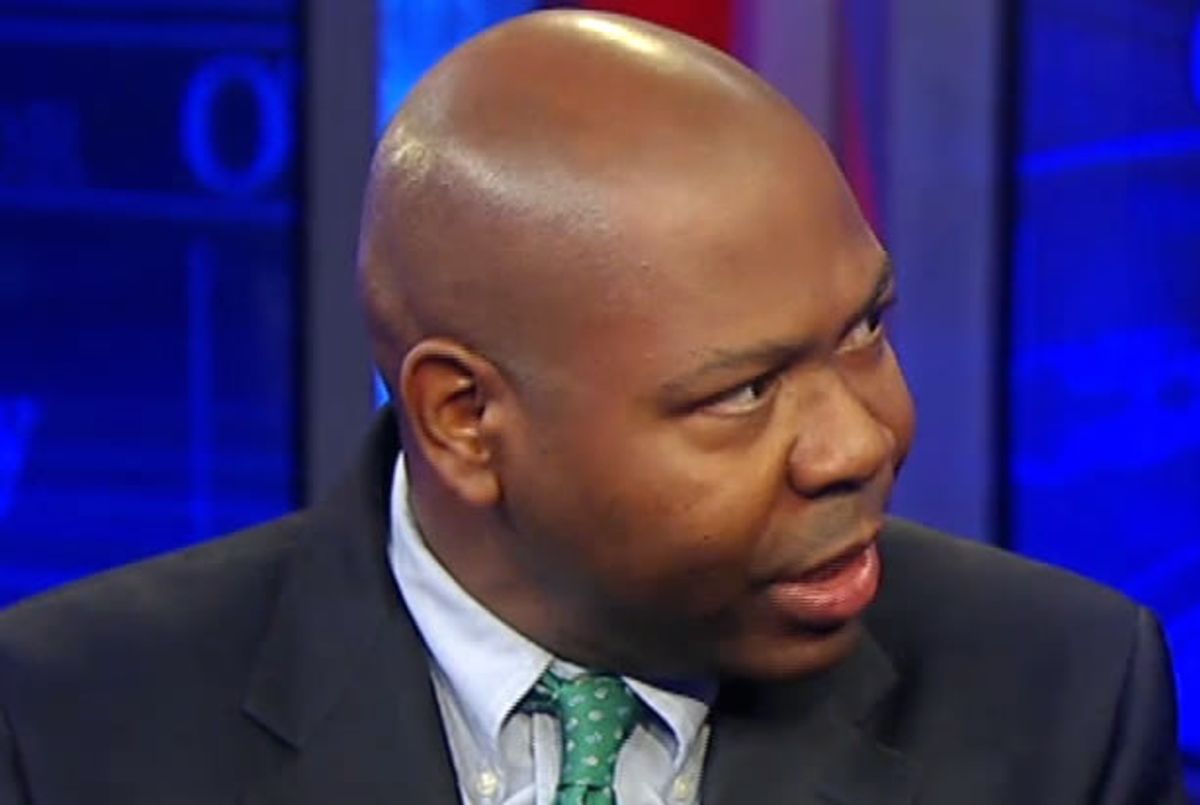 On Wednesday night's installment of "The O'Reilly Factor," host Bill O'Reilly melted down over claims that America is a white supremacist country and vowed that "I’m not going to sit here and take this garbage any longer." Ever true to his word, O'Reilly didn't sit there Thursday night and take any garbage -- he took the night off instead, ceding his seat to Fox News producer Jesse Watters.

Watters spoke to Fox News contributor Jason Riley and Clay Cane, a contributing editor at BET.com, about O'Reilly's "war" on people who point out that America hasn't solved racism yet. He began by asking a Cane a loaded question, saying "the disintegration of the black family is one of the biggest problems in America -- how does white supremacy create out-of-wedlock births in the black community?"

Cane handled that non sequitur as adeptly as it could be, replying that "if you have a history of laws and policies destroying your community, nothing is going to wash that away in just 50 years."

"I really felt Mr. O'Reilly was minimizing the experience of a legacy of racism," he continued. "Sexism, classism -- it takes a long time to get over these things. Every time somebody says racism is over -- there's no institutional racism anymore -- it only fans the flames of racism."

Watters replied by setting the bar obscenely low, saying "we're not saying racism doesn't exist, we're just saying America isn't a white supremacist nation -- and I don't think you answered the question of why white supremacy makes African-American men not get married to women they have babies with."

Jason Riley chimed in to say that liberals don't want to acknowledge that there has been progress -- a point Cane tried to rebut by noting that progress doesn't mean "there isn't still work to be done," but Watters talked right over him, saying "we've got a black president, black CEOs, Oprah's the most powerful woman in America, you have affirmative action, you have handouts, the welfare state, Obamacare -- all these programs to make sure the sins of slavery have been eradicated."

"What specific things would you have America do," he asked Cane -- who was clearly still reeling from Watters' claim that only African-Americans are on welfare or benefit from the Affordable Care Act -- "to eradicate the sins of slavery?"

Cane replied by pointing out that it's not about slavery, it's about Jim Crow and "the structural underpinning of racism," but Riley was having none of it, saying "the real question is to what extent the residual racism we still have is a barrier for black progress in this country."

"The reality is," he continued, "that racism isn't responsible for high out-of-wedlock birth rates or black crime rates or the school achievement gap."