Texas AG already challenging marriage equality ruling: "It is not acceptable that people of faith be exposed to such abuse" 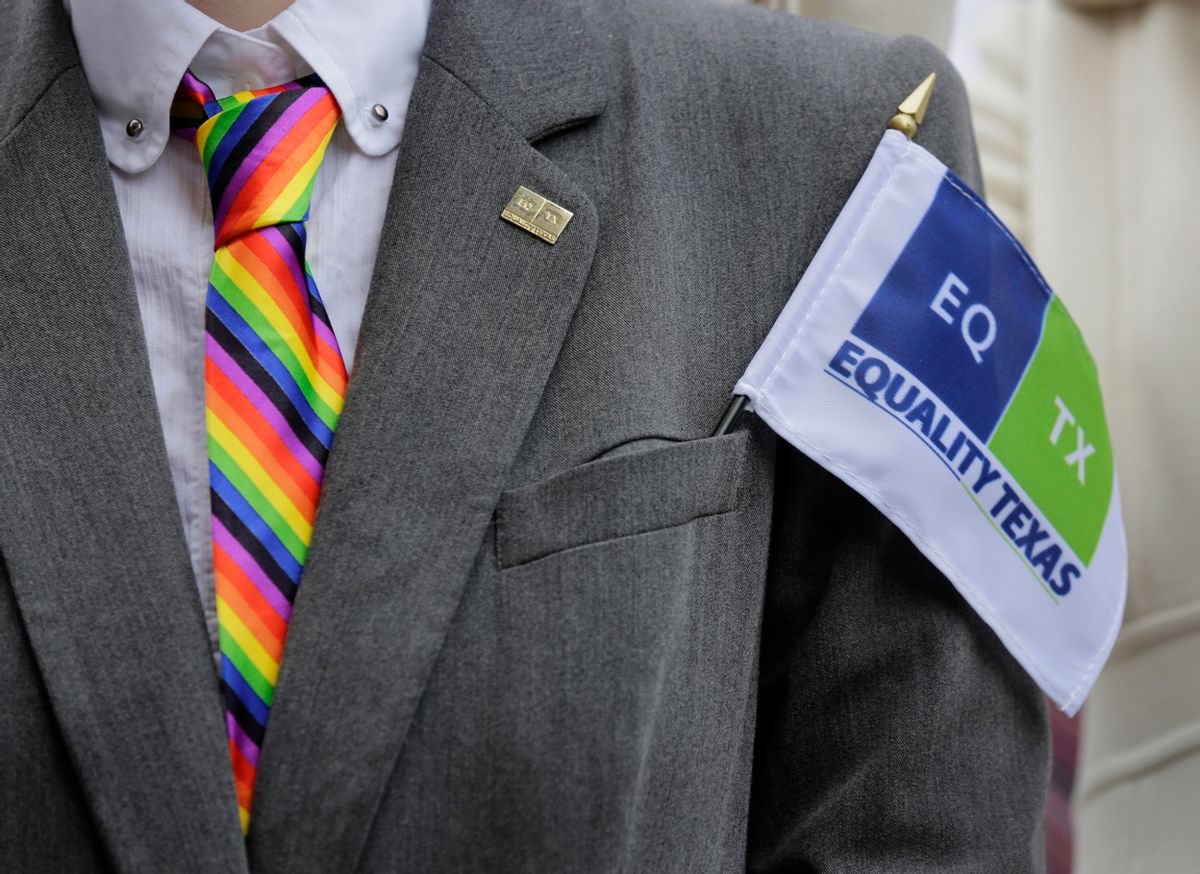 Well, that was fast: Within hours of the Supreme Court's landmark ruling extending marriage equality to all 50 states, Texas Attorney General Ken Paxton issued a statement directly challenging the decision, instigating a battle over "religious liberty."

Calling Justice Anthony Kennedy's opinion "flawed," Paxton announced on Friday that his office would look into whether county clerks and justices of the peace would be required to provide marriage licenses to same-sex couples, even if those state officials were to declare that doing so would violate their sincerely held religious beliefs. The attorney general really went for it in his cries of violated First Amendment rights:

The truth is that the debate over the issue of marriage has increasingly devolved into personal and economic aggression against people of faith who have sought to live their lives consistent with their sincerely-held [sic] religious beliefs about marriage. In numerous incidents trumpeted and celebrated by a sympathetic media, progressives advocating the anti-traditional marriage agenda have used this issue to publicly mock, deride, and intimidate devout individuals for daring to believe differently than they do. This ruling will likely only embolden those who seek to punish people who take personal, moral stands based upon their conscience and the teachings of their religion.

It is not acceptable that people of faith be exposed to such abuse. The First Amendment to the U.S. Constitution protects our religious liberty and shields people of faith from such persecution, but those aspects of its protections have been denigrated by radicals, echoed by the media and an increasingly-activist [sic] judiciary. Consistent with existing federal and state Religious Freedom Restoration Acts that should already protect religious liberty and prevent discrimination based on religion, we must work to ensure that the guarantees of the First Amendment, protecting freedom of religion, and its corollary freedom of conscience, are secure for all Americans.

In advance of the SCOTUS ruling, Paxton urged county clerks on Thursday to hold off on issuing marriage licenses until his office had the opportunity to review Kennedy's opinion. Even if the attorney general's staff has gotten that chance, it seems Paxton missed the point: Marriage isn't a right reserved for heterosexual people; it's for everyone.