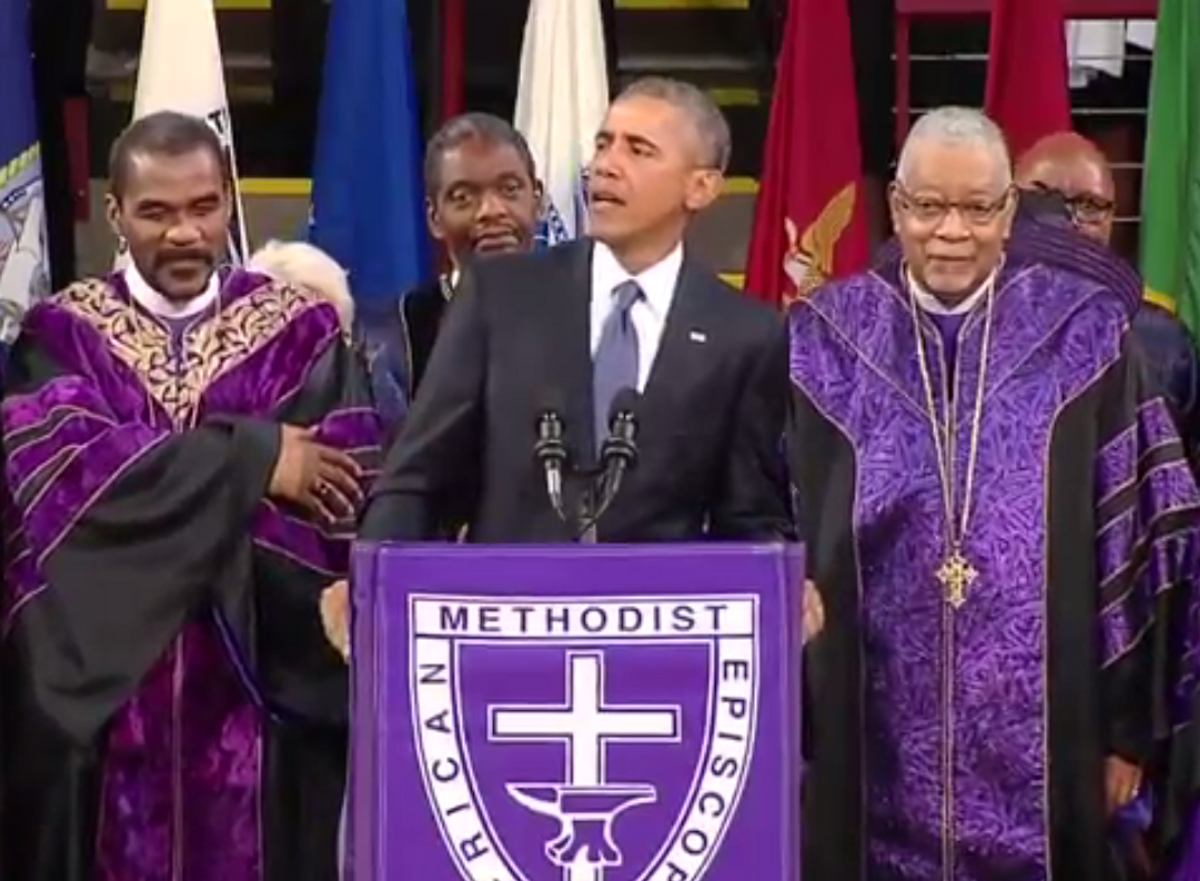 President Obama offered a stirring eulogy on Friday for Rev. Clementa Pinckney, one of the nine victims of the Emanuel AME church shooting in Charleston last week, rousing a massive crowd of mourners not only with his words, but with music.

After commemorating Pinckney, Obama decried gun violence in the U.S. as well as the racist motivations of shooter Dylann Roof -- and then he led more than 5,000 churchgoers in a soulful rendition of "Amazing Grace."

“May God continue to shed His grace on the United States of America." —@POTUS http://t.co/14Z3HnNi8v

The president also commended South Carolina's removal of the Confederate flag, with which Roof was photographed before the Emanuel AME massacre. Obama called the flag a symbol of "systemic oppression and racial subjugation" and called for an end to its display in other parts of the country.

"By taking down that flag," Obama said, "we express God's grace."

Watch a clip from Obama's eulogy below: