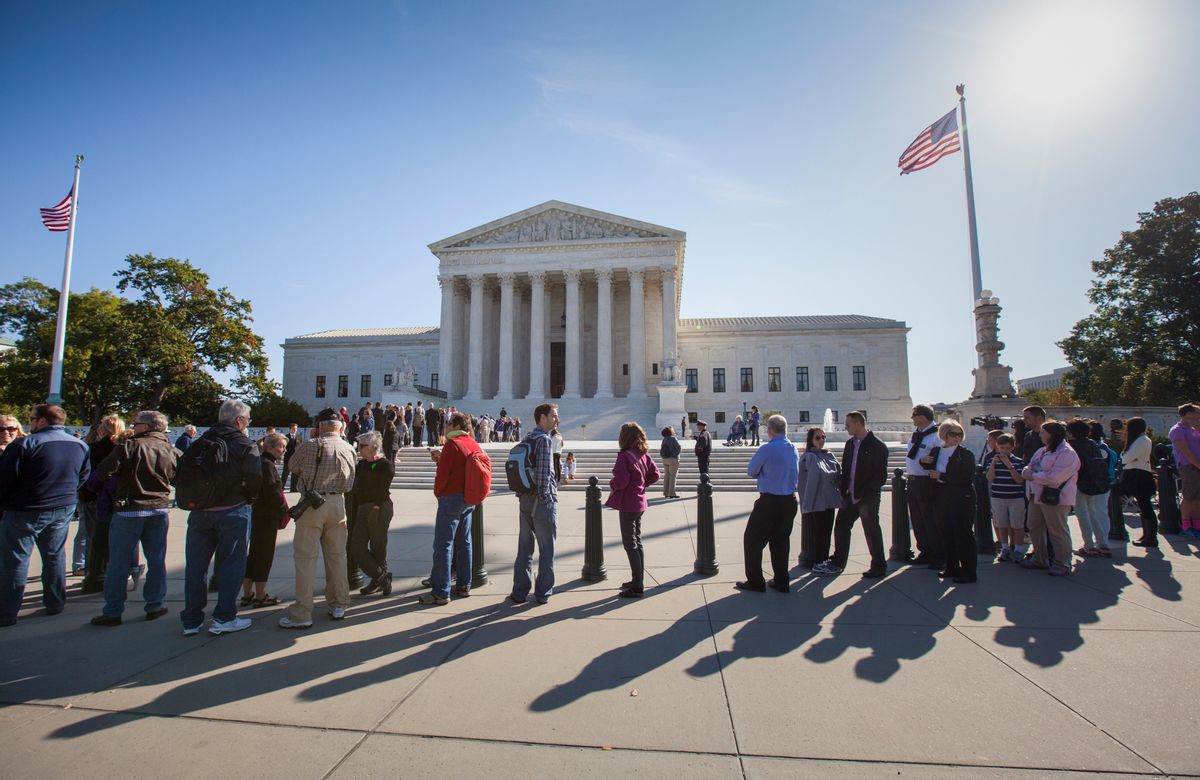 There’s a little Easter egg in Friday's marriage equality ruling that could have major repercussions for reproductive rights activists — if and when the Supreme Court takes up the issue of abortion again.

In his opinion for the majority, Justice Anthony Kennedy references the interplay of “personal choice” as it relates to same-sex marriage. But, in doing so, he also acknowledges the way individual autonomy relates to other life decisions, such as the right to use contraception or have a baby:

A first premise of the Court’s relevant precedents is that the right to personal choice regarding marriage is inherent in the concept of individual autonomy. …Like choices concerning contraception, family relationships, procreation, and childrearing, all of which are protected by the Constitution, decisions concerning marriage are among the most intimate that an individual can make.

Let’s string some things together here: “choices concerning contraception…procreation, and childrearing…are protected by the Constitution.” It’s a single line, but it’s no throwaway — especially not in a SCOTUS decision that affirms equal access to happiness and control over one’s own life. It could set a precedent that’s invaluable to the fight to secure reproductive rights once and for all.