I was a flight attendant and he was a pilot. Finally, it got embarrassing that we hadn't yet done it in the sky 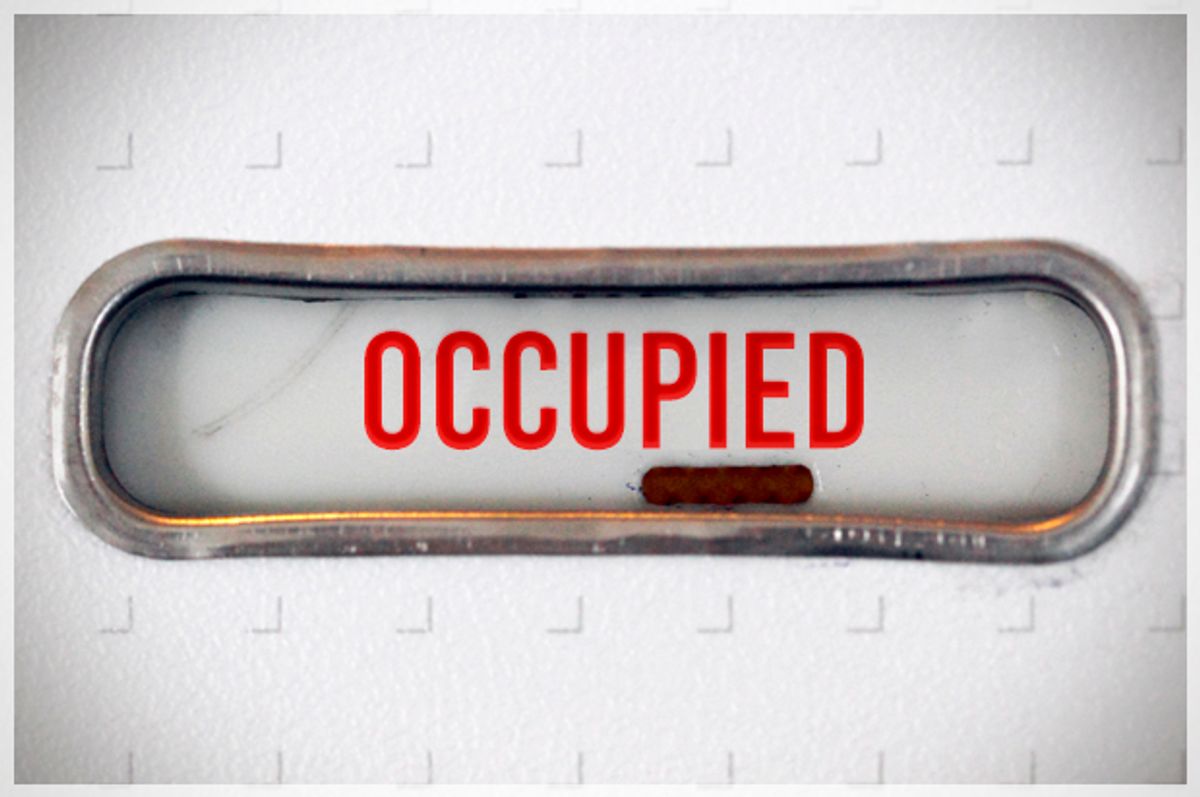 Excerpted from "Cabin Fever: The Sizzling Secrets of a Virgin Airlines Flight Attendant"

“This is Marathon ground control. November niner niner, eight zero Delta, you are clear for take- off.”

I reached over and gave Jonathan’s bare thigh a gentle squeeze. “Chocks away,” I said with a cheeky giggle.

Jonathan pushed in the throttle, and the little Cessna chuckled along the tarmac.

“Airspeed alive,” he called out as the plane gathered pace, his brow knitted in concentration. God, he looked sexy— so authoritative, masterful. The Cessna thrashed down the runway, engines growling, vibrations tickling my bum through the seat until the plane leaped into the clear Florida sky like a giant tin locust. I peered out of the window and watched the Keys shrink beneath us, surrounded by waters of varying shades of turquoise, cyan and teal.

“Sure is,” I said, stroking the soft blond hairs on his leg. He looked so handsome— unshaven and rugged, which was unusual for him. He was showing me how to check the horizon to make sure we flew straight. I gazed at him, not hearing a word . . . I had only one thing on my mind that day: sex.

It was mid July 2001. Jonathan was still a trainee pilot and was building up his flying hours in Florida in order to gain his commercial pilot license, so I’d taken a week off work to join him there.

Our first few days in Florida had been magical: flying over the Keys, exploring Venice and the vast, pristine beaches of Sarasota where the sand is as white as icing sugar. We visited fantastic restaurants and feasted on lobster claws and steak and giant prawns. We made love in the sand dunes, collected sharks’ teeth and swam in the Gulf of Mexico. It was like a mini honeymoon . . . if you took the flight school accommodation out of the equation.

Our excursion to Marathon had been equally as romantic and decadent: picnicking on the palm-lined shore of Sombrero Beach, feeding each other succulent slices of cantaloupe, sunbathing and burying each other in the sand. We’d shared salty kisses in the Atlantic, Jonathan wading in languid figures of eight as I clung onto him, legs clamped around his waist, his hands creeping into my bikini bottoms under the water.

As the Cessna climbed farther into the sky, and my hormones continued to scream “take me now,” I remembered a conversation I’d had with Jonathan a few weeks back about joining the Mile-High Club.

“I can’t believe we’ve not done it yet,” I’d said, as we lay in bed that Sunday morning after attempting the Suspended Scissors position from the Kama Sutra (we were still trying to master that one).

“Joined the Mile High Club . . . I mean, it’s embarrassing really— we both fly for a living . . . and we’ve had plenty of opportunities when we’ve been on trips together. We’ve no excuse.”

“I don’t think it’s something you can just do on a whim, Mands. It requires a certain amount of planning.”

“Planning? Don’t be ridiculous. That’s the whole point of it—you just sneak into the toilet and go for it— that’s what makes it so exciting.”

“Go on,” I’d said, suppressing a little laugh. I couldn’t imagine what was so technical about bonking in a plane— unless it involved performing the Suspended Scissors position, of course. That was difficult enough on the ground.

“Well, technically you shouldn’t really do it at 35,000 feet. It’s called the Mile-High Club, so it should happen at 5,280 feet—exactly a mile high. It’s logical when you think about it.”

This had all sounded rather geeky to me at the time. Now, however, I was beginning to warm to his theory. We’d been in the air for almost ten minutes, which, according to my estimation, would mean we must be a mile high by now. I glanced over at Jonathan, surveying the space between his groin and the yoke. It was tight but doable. His voice flooded my ears again.

I nodded. “How high are we flying?”

The timing was perfect.

“November niner niner, eight zero Delta,” I purred, unsnapping my seat belt. “You are clear to fly me.”

In a series of sleek, rapid movements I removed my headphones (they wouldn’t be needed), kicked off my flip-flops, pulled my T-shirt over my head and untied my silver bikini top. Jonathan shot me a sideways grin. He was saying something, but it was impossible to make out his words over the engine noise without my headphones on. I wriggled out of my shorts and bikini bottoms, unleashing a deposit of sand, and reached across to unfasten Jonathan’s Bermuda shorts. He was flying commando— and more than ready for action.

My next maneuver was tricky. I had to weave my whole upper body under Jonathan’s right arm and over his left shoulder, and angle my head to avoid obstructing his view. Then I threaded my legs through, knelt on his lap and, using my hand, gently guided him into me. The sensation was exhilarating, almost tantric. Jonathan was in no position to thrust because he couldn’t let go of the yoke, and I didn’t want to cause a crash by going for it cowgirl style. So I took it slow, rocking my hips backward and forward, side to side. I could touch him, but he couldn’t touch me. It was like a lap dance in the air . . . with extras.

Jonathan’s body was rigid against mine, his legs tense, pelvis tilted, hands still firmly gripped to the yoke. I could feel his heart accelerating against my breast. I turned my head sideways to catch a glimpse of his face. His eyes were glazing over, mouth open and jaw jutting forward. It was an expression I knew well— that I’m-going-to-come face. The plane hopped and bumped through the air, adding to the thrill; even in the best flying conditions, it’s very rare to experience a smooth ride in a two-seater Cessna. I continued to grind and rock as the Cessna climbed and swayed, burying my face into the crevice of Jonathan’s neck. He smelled of the sea . . . and Nivea Factor 15. Sunlight flooded the cockpit, warming my back. Jonathan’s chest heaved, and blood rushed to my head— I had to grab the back of the seat to steady myself. Seconds later I came, followed closely by Jonathan. It was the most ethereal orgasm I’d ever encountered, shivering throughout my entire body for what seemed like an eternity.

When I’d recovered, I weaved my quivering limbs back to my seat. Naked, weightless and giggling uncontrollably, I slipped my headphones back on to check in with the pilot.

“I must say,” I said, “I’m most impressed at your ability to maintain full control of your joystick.”

“It’s all part of the service, madam,” he said. “Now, if you wouldn’t mind dressing and preparing the cabin for landing.”

“That’ll give the guys at Venice Air Traffic Control something to smile about.”

Excerpted from "Cabin Fever: The Sizzling Secrets of a Virgin Airlines Flight Attendant" by Mandy Smith, with Nicola Stow. Reprinted by arrangement with Plume, an imprint of Penguin Publishing Group, a division of Penguin Random House LLC. Copyright © 2014 by Mandy Smith and Nicola Stow. All rights reserved.