Birth control for beginners: What's preventing women from getting access to the full range of contraceptive options?

Long-acting contraceptives get left out of the conversation, in favor of methods with a higher human-error factor 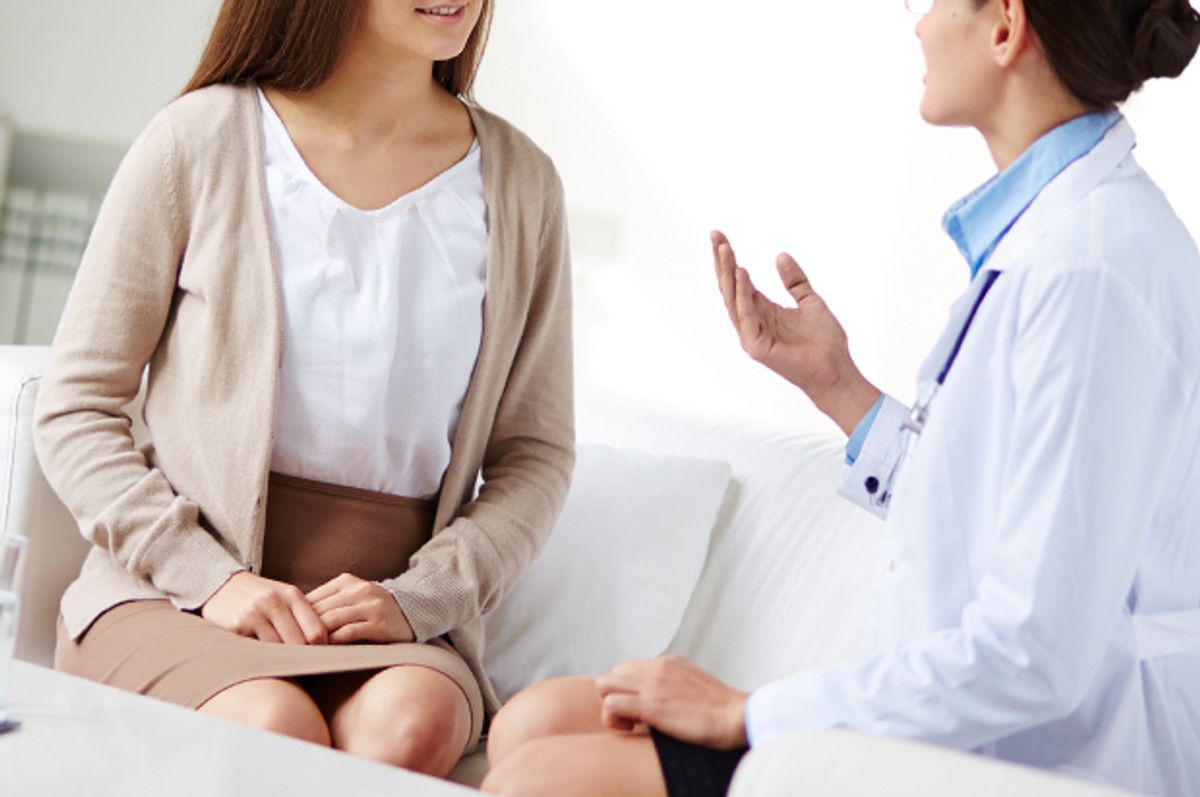 A single half-day training that teaches medical clinics how to provide better birth control can radically improve outcomes for patients, cutting unplanned pregnancies by half according to research published in the prestigious medical journal, the Lancet.

Improvements in family planning change lives. On the pill, nearly 1 in 10 women gets pregnant each year, and for couples relying on condoms that number is 1 in 6! That may be better than the rhythm method or an abstinence commitment or no protection at all (annual pregnancy rate over 8 in 10), but it’s still a big deal for couples who would rather avoid an abortion or another baby.

By contrast, state-of-the-art IUDs and contraceptive implants drop the annual pregnancy rate below 1 in 500. The key is this: Every-day and every-time methods have a big human error factor. The ordinary challenges of daily life — things like forgetting, fights, finances and fumbling — make it virtually impossible for couples to use pills, condoms or intermittent abstinence with perfect consistency; and the more chaotic a person’s life, the more likely he or she will end up facing a surprise pregnancy. Long-acting contraceptives eliminate these factors, which means they work equally well for empowered women whose lives are secure and predictable, and for disempowered women whose lives are not.

Three kinds of long-acting contraceptives (hormone-free copper IUDs, hormonal IUDs and implants) effectively flip the fertility switch to off until a woman wants it on, making pregnancy “opt in” rather than “opt out.” Depending on the method, they can last from three to 10+ years; but in each case a quick, easy removal restores normal fertility at any point. Bonus health benefits can include protection against some cancers and lighter, less frequent periods.

Despite these advantages, only 7.2 percent of women used a long-acting contraceptive in the U.S. in the years from 2011-2013. IUDs and implants are rapidly gaining popularity, thanks in part to Obamacare, which eliminates high upfront cost as a barrier. But for historical reasons, lack of knowledge remains an obstacle.

In the 1970s, a defective IUD traumatized women and providers alike. Afterward, fears and litigation drove long-acting birth control out of the U.S. market, putting North America decades behind Europe in solving unplanned pregnancy. In the intervening decades contraceptive technologies advanced, and today modern IUDs are the healthiest method available for most women, which has made them popular around the world.

Even so, many American doctors and nurses still lead family planning conversations with familiar pills and shots rather than top-tier long-acting methods. In fact, research in the U.S. and Canada shows a dismaying level of misinformation about IUDs and implants among doctors. Lack of knowledge among providers creates lack of knowledge among members of the general public. In a 2013 survey by the National Campaign to Prevent Teen and Unplanned Pregnancy, most young people between the ages of 18 and 29 said they had never heard of the implant.

When women have full information about contraceptive options, things change. Researchers at Washington University in St. Louis provided comprehensive information and then offered 9,000 women and youth the birth control of their choice for free. Three-quarters chose a state-of-the-art IUD or implant, and the rate of teen pregnancy and abortion plummeted.

How can we ensure that the same excellent options become available to all women? The obstacles are legion: Receptionists sometimes offer outdated information, schedules are optimized for old ways of doing business, counselors omit key questions, providers tilt toward old familiar shots and pills, billing offices use the wrong codes, and managers fret about losing money ... in sum, a host of factors make it easier for clinics to keep offering the same old, same old.

Between 2011 and 2013, Planned Parenthood and the Bixby Center for Global Reproductive Health at the University of California, San Francisco (UCSF), conducted a study aimed at testing whether medical practices can be updated via an intensive training that engages the whole clinic staff. Forty Planned Parenthood affiliate clinics participated in the study. In 20, the entire staff, from receptionists to counselors to doctors, received a half-day training on how to provide excellent access to IUDs and implants. The primary focus was on ensuring that women get full information about all available birth control methods and that they can get the method of their choice in the same visit. The other 20 clinics continued business as usual.

Dramatic differences emerged during the following year. In the 20 clinics that received the training, 71 percent of providers discussed IUDs and implants with their patients, while only 39 percent did in the control group. Women responded to additional information by choosing IUDs and implants at a higher rate — 28 percent in the clinics that received the intervention vs. 17 percent in the control group. In both settings 99 percent of women felt that the decision was theirs, meaning that providers maintained respect for patient autonomy and choices. Over the course of the following year, the rate of pregnancy among patients seeking contraception in the intervention clinics was half what it was in the control clinics.

As America’s largest and best-known provider of family planning services, Planned Parenthood Federation of America participates in more than 70 research projects each year, often in collaboration with universities and pharmaceutical companies, with the goal of continuously updating and upgrading clinic practices. But independent clinics and systems that provide care for underserved populations sometimes find it more challenging to retool when new practices and technologies become available.

Nonprofit Upstream USA launched in 2014 to provide expanded on-site training and technical assistance so that many health centers across the country can offer their patients the full range of contraceptive methods including implants and IUDs. Their goal, says co-founder Peter Belden, is to ensure that a woman can receive any family planning method she wants on the day she walks into the clinic. Belden’s co-founder Mark Edwards has spent the last 20 years single-mindedly focused on improving opportunity for disadvantaged youth, so some colleagues were surprised when he turned his focus to contraceptive training. But Edwards says he hasn’t actually changed focus:

Helping young women achieve their own goals and become pregnant only when they want to is central to improving high school graduation rates (82% of pregnancies to teens are unintended). A Gates Foundation survey found that 47 percent of girls who dropped out of high school listed pregnancy as a reason. Unintended pregnancy is a significant issue affecting community college completion. The intervention in the UCSF study cut the pregnancy rate in half. There are very few interventions in the field of economic opportunity and education that have this level of evidence behind them.

During Upstream’s one-and-a-half-day training, a SWAT team of consultants works with the clinic staff to upgrade every part of their service. Receptionists learn, for example, that IUDs and implants are safe for young women, those with multiple sexual partners, and even those who are HIV positive. The billing office learns which procedure codes to use to obtain reimbursement from insurance companies. Clinic managers review logistics and revenue flow. Counselors learn new client-centered techniques for exploring a woman’s goals and objectives; and they learn how to coach women through the “adjustment phase” as a woman’s body adapts to her chosen method. Providers learn from certified trainers so that they can place IUDs or implants in accordance with national guidelines; and practicing with computerized pelvic simulators makes this hands-on part of the training more effective and saves time.

The training model draws on evidence-based “best practices” from across the country:

Upstream USA recently provided its training to a family planning clinic in Amarillo, Texas, and a large Federally Qualified Health Center serving the community of Worcester, Massachusetts, which has high rates of unplanned pregnancy, pre-term birth, and even infant mortality. More trainings are scheduled in New York, Ohio and Illinois. Early results from the training in Texas are that the clinic has increased the number of IUDs and implants they provide seven-fold. Now that all of the clinicians are able to offer all of the methods, clients are no longer restricted to only accessing certain methods on certain days of the week.

All Options for All Women

We all count on our healthcare providers to recommend the best treatment options for whatever ails us and the best preventive care options. Good information leads to better care, better health and more empowered lives. For those who are most in the know about family planning options (meaning obstetricians and gynecologists), copper and hormonal IUDs are the most popular birth control methods. But without full information about the range of options, many other women have relied on pills or other methods that leave them at risk of having their family plans and life plans derailed by a surprise pregnancy.

When better birth control is available only to those who have privileged access and information, the personal and economic costs of unsought pregnancy disproportionately affect everyone else. Unless all methods are available to all women, improvements in contraception may worsen America’s growing economic divide. Mark Edwards finds that unacceptable: “Women should be able to achieve their own goals and become pregnant only when they want to. It is unconscionable that women are not offered the very best care, no matter how they enter the healthcare system. For a woman seeking contraception there should be no wrong door. We're working to create that.”