David Vitter's a moralist and former patron of the D.C. madam. Twitter remembered after his dog-whistle tweet 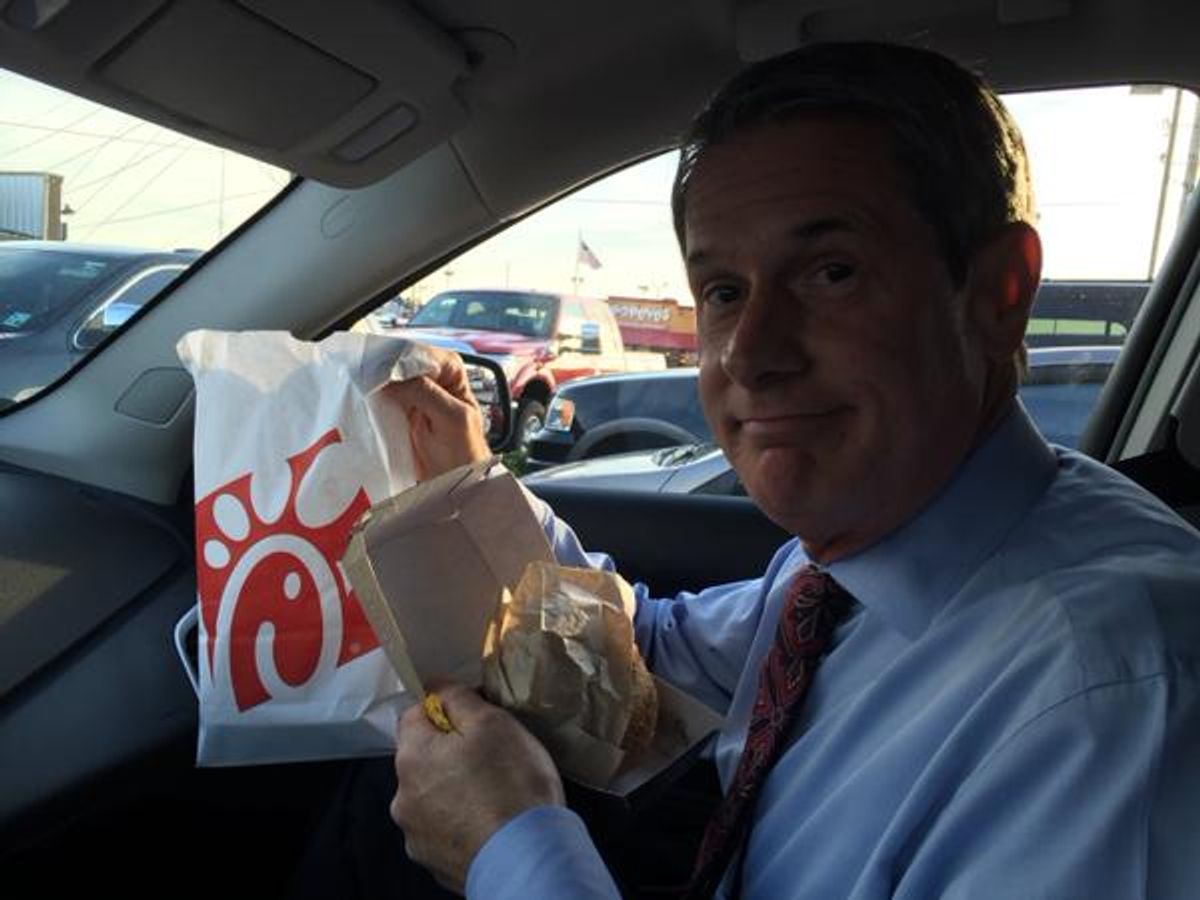 Prostitute patron and generally gross right-wing Sen. David Vitter of Louisiana decided to celebrate Friday's Supreme Court decision on same-sex marriage by ... going to Chick-fil-A. Then by tweeting a picture of himself eating Chick-fil-A in his car.

Vitter, who got caught in the D.C. madam scandal last decade and is among the worst Republicans to make any "traditional value" argument, isn't the highest-aptitude senator in the GOP caucus, but it still seems safe to assume that he wasn't simply hungry. He dug into that Southern-style chicken sandwich as a lame fast-food dog whistle, as the family behind Chick-fil-A has donated millions to anti-LGBT organizations.

Luckily, Twitter has a long memory. Vitter's past was not forgotten. Here are some of the more family friendly putdowns.