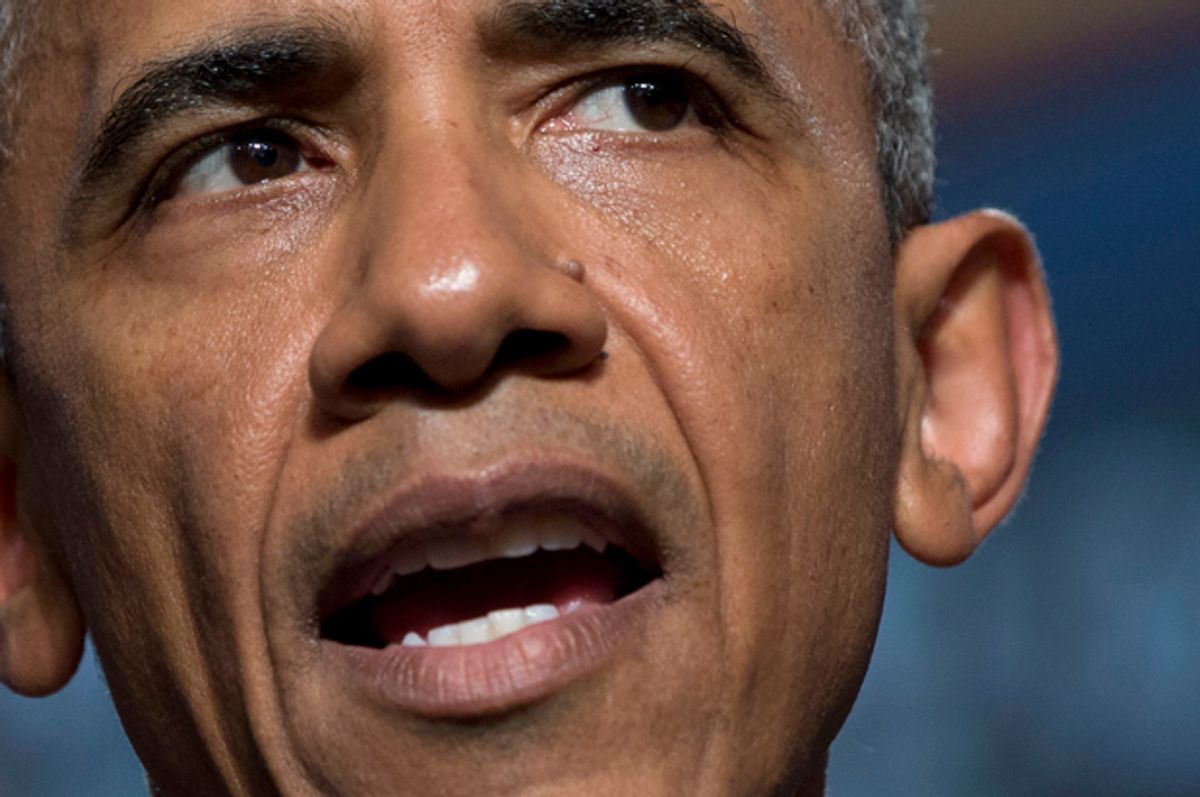 In promoting a proposed trade pact covering 12 Pacific Rim nations, President Obama has cast the initiative as an instrument of equity. The Trans-Pacific Partnership would, in his words, “level the playing field” and “give our workers a fair shot.” But critics argue that within the hundreds of pages of esoteric provisions, the deal -- like similar ones before it -- includes a glaring double standard: It provides legal rights to corporations and investors that it does not extend to unions, public interest groups and individuals.

Recently leaked drafts of the agreement show the pact includes the kind of “Investor-State Dispute Settlement” (ISDS) provisions written into most major trade deals passed since the North American Free Trade Agreement. Those provisions allow companies to use secretive international tribunals to sue sovereign governments for damages when those governments pass public-interest policies that threaten to cut into a corporation’s profits or seize a company’s property.

But also like past trade deals, the TPP is not expected to allow unions and public-interest groups to bring their own suits in the same tribunals to compel governments to enforce labor, environmental and human rights laws.

The discrepancy is a deliberate effort to make sure trade policy includes a “tilt toward giant corporations,” Sen. Elizabeth Warren, D-Mass., said.

“If a Vietnamese company with U.S. operations wanted to challenge an increase in the U.S. minimum wage, it could use ISDS,” Warren wrote in a Washington Post op-ed in February. “But if an American labor union believed Vietnam was allowing Vietnamese companies to pay slave wages in violation of trade commitments, the union would have to make its case in the Vietnamese courts.”

The Obama administration argues that concerns from TPP opponents are exaggerated because to date the federal government has “never once lost an ISDS case.”

But those opponents counter by noting that those cases are on the rise across the globe. As the United Nations reported recently, ISDS cases "have proliferated in the past 10-15 years, with the overall number of known treaty-based arbitrations reaching 514."

While trade deals include rhetoric saying the international tribunal process is not designed to undermine public interest policies, some of the cases brought by corporations have directly targeted those laws.

Philip Morris, for example, has filed suits against Australia and Uruguay, which require health warnings on tobacco products. In the ISDS process, Philip Morris is arguing that the requirements expropriate its property, deny the company fair treatment and unduly cut into its profits.

Similarly, a Swedish energy firm has used ISDS to target Germany's restrictions on coal-fired and nuclear power plants, and Eli Lilly and Company is using the process to try to fight Canada's efforts to limit drug patents and reduce the price of medicine. Most recently, Canadian Finance Minister Joe Oliver said bank regulations passed in the wake of the 2008 financial crisis could be a violation of trade provisions under NAFTA, raising the prospect of banks using the tribunal process to try to get the federal government to eliminate those regulations.

"Corporations under ISDS can bring cases without their national government’s permission, while unions and environmental groups in order to enforce the labor rights and environmental rights in these agreement have to get their government to bring the case," said Damon Silvers, the AFL-CIO’s associate general counsel.

Government action has been rare. In 2014, the Government Accountability Office criticized “limited monitoring and enforcement” of trade deals’ protections for labor rights.

Opponents of the TPP say the new deal would do little to increase enforcement, and much to give companies special rights.

Sure, corporations may still be considered people under U.S. domestic law -- but under American trade policy, they get far more rights than almost everyone else.