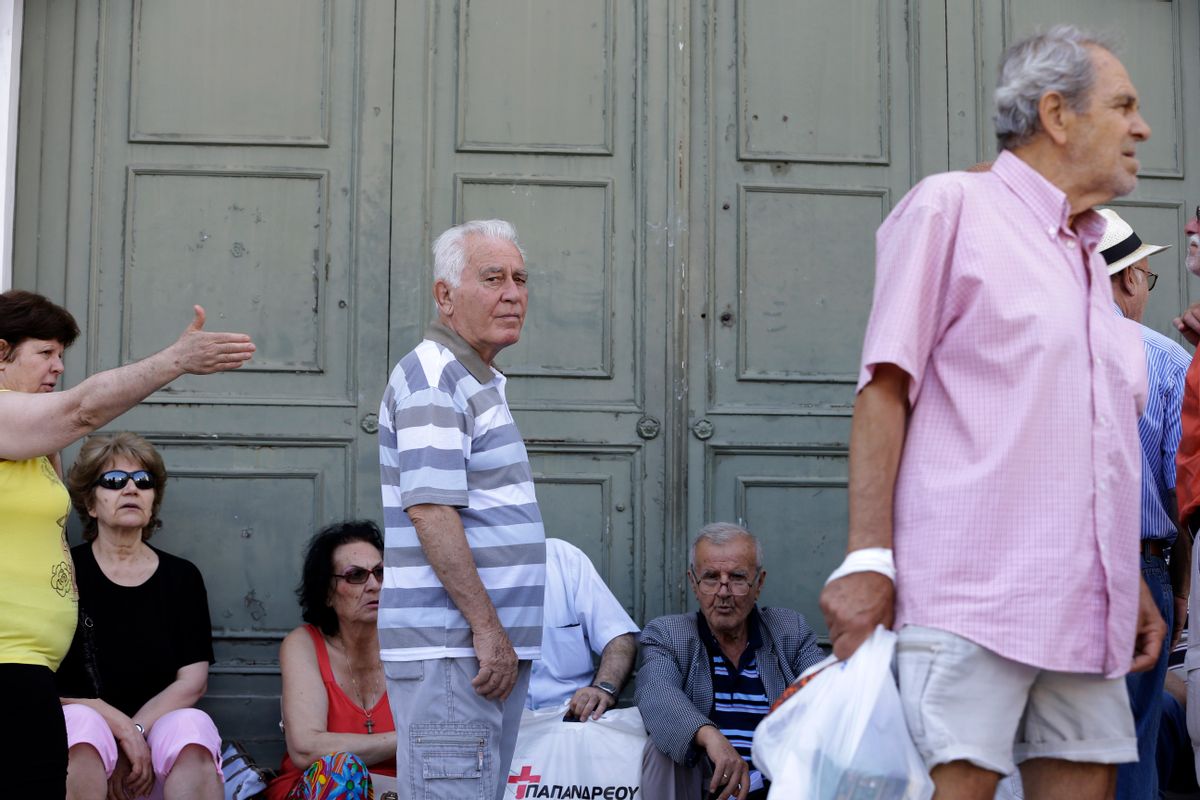 Elderly people, who usually get their pensions at the end of the month, wait outside a closed bank in Athens, Monday, June 29, 2015. Greece's five-year financial crisis took its most dramatic turn yet, with the cabinet deciding that Greek banks would remain shut for six business days and restrictions would be imposed on cash withdrawals. (AP Photo/Thanassis Stavrakis) (AP)
--

Pensioners queue up by ATMs from dawn hoping to withdraw their pensions as global stock markets sink and the euro edges down.

The June 6 escape of two convicted murderers from a prison highlights security lapses and bares a culture of liberties and personal relationships in a maximum-security facility.

Now that gay couples can legally wed nationwide, conservatives are focusing on preserving their right to object.

The main problem is finding enough recruits untainted by extremist affiliations or disqualified by physical or other flaws.

5. HOW POLITICAL OPPOSITION WANTS TO TEAR DOWN 2016 HOPEFULS

For big-time donors, the hot place to put your cash so far this election season is with groups devoted to digging up dirt.

In the wake of the horrific beach-side slaughter, the government announces new security measures and perhaps most significantly, promises to pass the new anti-terrorism law.

7. SOLAR IMPULSE BACK IN THE SKY

The plane takes off from Japan to attempt a five-day flight over open water to Hawaii, the eighth leg of its bid to fly around the world without fuel.

The growing appetite for truffles is feeding demand for dogs trained to sniff out the pungent fungus prized by chefs and foodies.

But the show is less about the awards — video of the year doesn't even make the live broadcast — as performances steal the night.

The camera is always watching and there are few places to hide as athletes watch their privacy whittled away.