The Supreme Court delivered a major blow to the EPA, but not necessarily to air pollution regulations 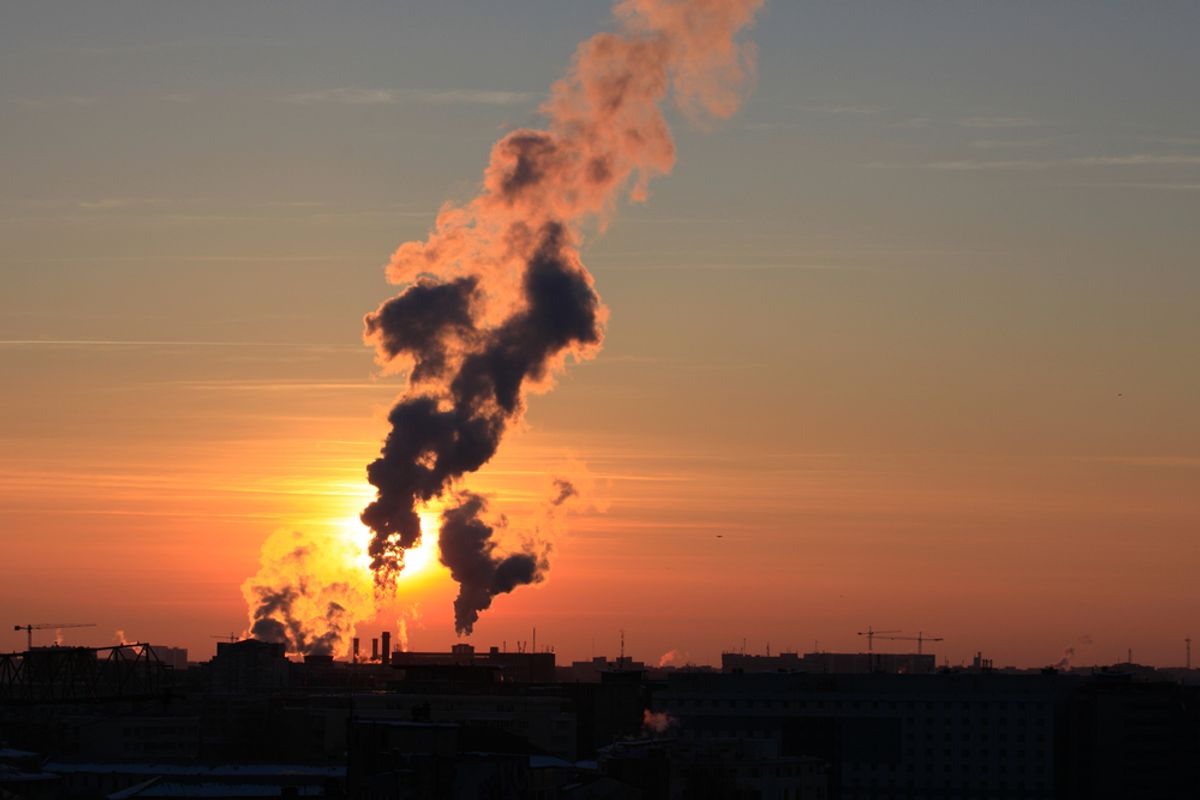 In a counterstrike against the EPA's so-called "War on Coal," the Supreme Court Monday blocked the agency's rule regulating mercury pollution from coal-fired power plants. It's a decision that, as Justice Elena Kagan wrote in a scathing dissent, "deprives the American public of the pollution control measures that the responsible Agency, acting well within its delegated authority, found would save many, many lives.”

Environmental groups have expressed their dismay --

“Congress decided more than two decades ago that no child should be born with brain damage or other neurological harm, simply because industrial polluters refuse to pay for pollution controls," Sanjay Narayan, the Sierra Club’s managing attorney on mercury and air toxics, said in a statement. "But today, five justices of the Supreme Court have decided to make an exception for Big Coal -- the industry responsible for the majority of mercury, arsenic, and acid gas pollution in the United States."

-- while being careful to point out that it isn't a outright disaster:

“Given the massive pollution emitted by coal- and oil-fired power plants, and the equally massive public benefits of curtailing that pollution, we expect that EPA will be able to promptly re-instate the rule, and complete the analysis demanded by the five-judge majority," Narayan added.

Certainly, the decision bodes poorly for the Court's tolerance of EPA policy: the nitpicky decision, as Kagan wrote, reverses past precedent, which has given the agency leeway as to when, in the regulatory process, it takes cost into consideration. Scalia, who wrote the majority opinion, got away with comparing the EPA's regulatory process to the hypothetical decision to buy a Ferrari -- thereby equating life-saving measures with a luxury item.

The mercury rule, however, wasn't the EPA's only line of attack on the coal industry's air pollution. The agency's about to finalize its rule limiting carbon emission from coal-fired power plants -- one that's garnered similar attacks from the industry and coal-dependent states, which see it as a costly attack on the industry. The public health benefits, in this case, are especially significant: not only are they predicted to save thousands of lives each year by reducing air pollution, they're also a big step forward in the fight to prevent dangerous climate change.

That one appears to be safe for now. “Nothing in [Monday's] decision would in any way call into question the legal legitimacy of the Clean Power Plan,” Richard Revesz, director of the Institute for Policy Integrity and dean emeritus of NYU Law School, said in a statement.

In fact, argues Mark Drajem at Bloomberg Business, the ruling could actually end up helping the EPA to defend its carbon rule. Chalk it up to opponents who have seized on any and all opportunities to attack the agency -- include one which argued that the EPA couldn't regulate carbon if other power plant pollution was already being regulated under a different section of the Clean Air Act. Here's Drajem:

Coal producer Peabody Energy Corp., coal-dependent states such as West Virginia, and business groups such as the U.S. Chamber of Commerce already challenged the EPA’s first-ever plan to curb carbon emissions under section 111(d) of the Clean Air Act. Those groups, represented by Harvard University legal scholar Laurence Tribe, had one main argument: The Clean Air Act prohibits regulation of power plants under 111(d) if they were first regulated under section 112.

You guessed it: The mercury rule is under section 112.

“If we are right about this, there is nothing they can do to make this rule lawful,” Tribe told the U.S. Court of Appeals in Washington in April. The 111(d) section was meant as a catch-all for polluting sources not regulated by other sections of the law, and so lawmakers were trying to prevent duplicative rules, critics say.

Nothing they can do, that is, except be forced to start over: a plausible situation would be for the mercury rule to be overturned, the carbon rule instated and then -- because there's nothing preventing this from happening -- the mercury rule introduced again. The U.S. Court of Appeals already threw out Tribe's challenge, but only on the basis of it being too premature.

Speaking with Salon, Narayan confirmed that Monday's ruling does indeed invalidate that legal challenge -- although, he added, it was never a particularly strong argument to begin with. More of a cause for celebration, he said, is the fact that while the majority based its case on an administrative technicality, it was forced to concede that the public health benefits of the EPA's mercury rule do indeed outweigh the costs of compliance, by a margin as high as 9 to 1.

Indeed, while further stalls on the EPA's ability to protect public health are by no means welcome, the Supreme Court decision came very late in the game. The rules were finalized in 2012 and, as of last month, all but 22 U.S. coal plants were already in compliance with them. The billions needed to clean up power plant emissions have already spent, and the public health benefits are already being realized. And the Court didn't scuttle the rule entirely -- it simply sent it back to the D.C. Circuit, which could choose to do so, or could simply require the EPA to make the required changes, leaving the rule in place in the meantime.

With the high-tech scrubbers needed to clean up coal emissions already in place, Narayan explained, the question that remains to be answered is fairly straightforward, and likely to be answered in the affirmative: "Are you going to turn them on, or not?”