For conservative commentator Wayne Root, it's the only possible answer for his decisions of late 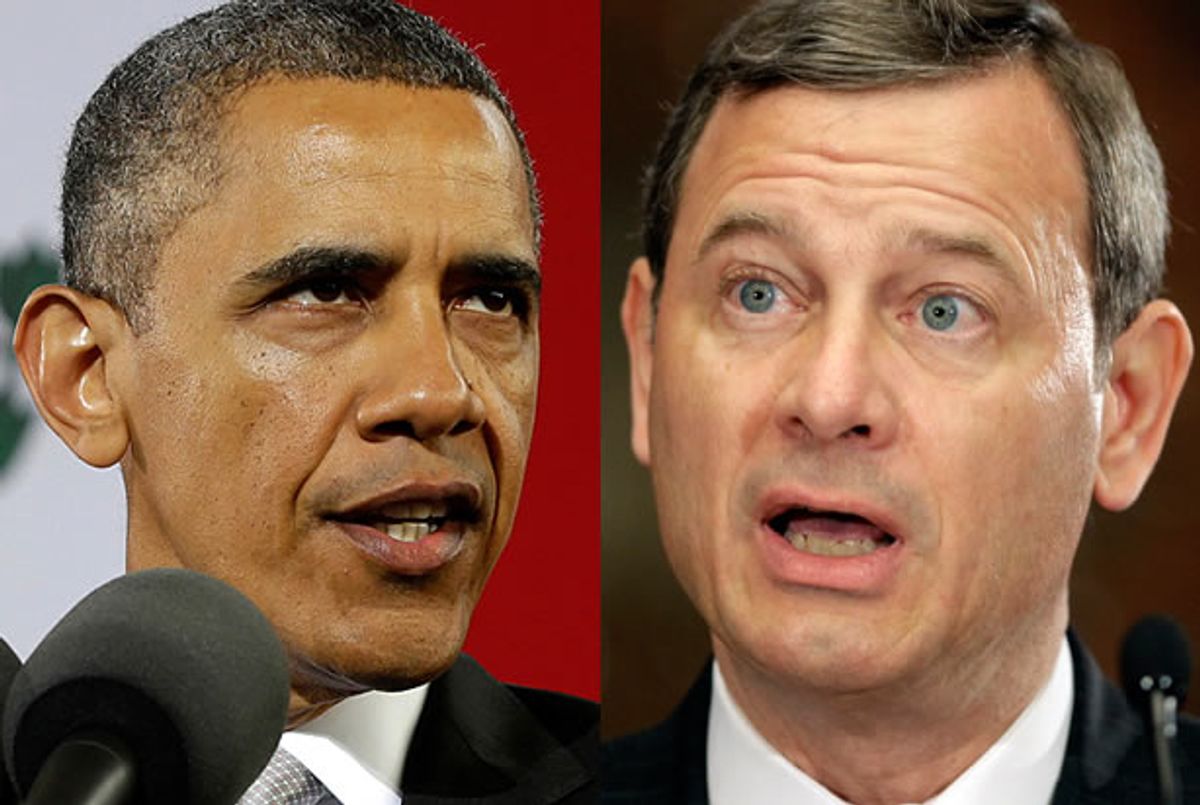 In his column for The Blaze, conservative commentator Wayne Root proffered a unique theory for why Chief Justice John Roberts has twice voted to save the Affordable Care Act -- like former House Speaker Dennis Hastert, the "lifelong conservative warrior appointed by George W. Bush to become the key conservative vote in important decisions" is being blackmailed.

"Justice Roberts was born, raised and groomed for one job in this life," Root wrote, "to join that Supreme Court, strike down Obamacare, protect the Constitution and end big government overreach. Yet he is the man responsible for saving Obamacare – twice."

Root noted that Democrats would only need to blackmail one or two key Republican figures -- the other possibility he floats is House Majority Leader John Boehner -- in order to effectively nullify all of the GOP's recent electoral victories. The "Obama Crime Family" certainly has the means to acquire information on conservative targets, after all.

"What makes anyone think the government and its three-letter agencies (IRS, NSA, DOJ, FBI, SEC) don’t know everything bad about everyone in key positions in Washington, D.C.?" Root asked. "What makes you think that blackmail isn’t happening every day to conservative politicians -- except it’s the government doing the blackmailing?"

Most conspiracy theorists are smart enough to know that asking paranoid-sounding questions is an effective way to communicate the possibility of a conspiracy without actually being required to provide proof -- which is why Root deserves a modicum of applause for treating his readers to some baseless speculation:

I think the Obama Crime Family meets with a key politician like Boehner or Justice Roberts and they offer both a carrot and stick. They threaten to expose something terrible like an affair, or corruption, or malfeasance, or immorality that would shock the nation, ruin their career, destroy their legacy, cost their marriage, destroy their relationship with their children and leave them unemployable by any respectable law firm or lobbyist. That’s what’s behind door number one.

Or if you see the light and vote Obama’s way, they get to continue playing national leader and hero, their legacy is untouched, their family loves them, and they retire someday to a $5 million per year lobbying job (like Dennis Hastert). That’s what’s behind door number two.

He does end with a question -- "Which would you choose?" -- before asserting, sans evidence, that "those options are being offered every day by the Obama Crime Family to key political figures."

"That explains why conservatives keep winning elections," he continued, "yet we keep gaining nothing and losing everything." Obviously conservatives couldn't be losing ground on social issues because they've retreated to the friendly confines of the Nineteenth Century -- it must be blackmail.