It's been a huge year for transgender visibility, but Oliver cautioned viewers against getting "too complacent" 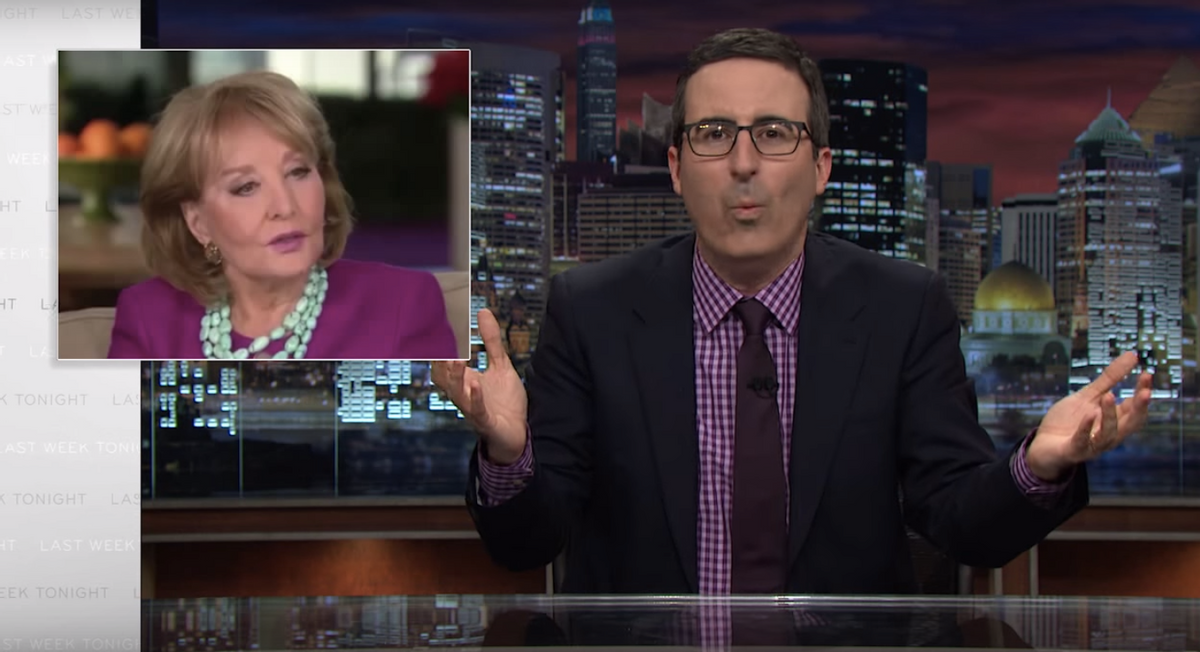 It's already been a milestone year for transgender visibility -- between the critical success of Amazon's "Transparent," Caitlyn Jenner's Vanity Fair cover and, just this week, Laverne Cox's Madame Tussauds unveiling -- but "Last Week Tonight" host John Oliver cautioned viewers who tuned in Sunday against getting "too complacent."

In his Sunday segment, Oliver went on to remind viewers that transgender people continue to face a host of ignorant and demeaning comments about their lived experiences, the bulk of which -- maybe, not-so-surprisingly, if you remember Katie Couric's trainwreck interview last year -- have actually been generated by well-meaning news pundits.

The "Last Week Tonight" host rolled a clip of some of the ignorant "journalistic" questions through the years, including Larry King and Wendy Williams. Maybe the worst of the lot: Barabra Walters asking "So if I you undressed, you would look like a woman to me totally? Yes?"

"What are you doing?" Oliver fired back at Walters. "It is no more OK to ask transgender people about their sex organs than it would be to ask Jimmy Carter whether or not he's circumcised -- which, by the way, he is!"

Breaking it down in layman's terms, Oliver continued: "Transgender people have a gender identity that differs from the one they were assigned at birth. And that gender identity is not the same as sexual orientation. Gender identity is who you are, sexual orientation is who you love. Some transgender people do undergo hormone therapy or sexual reassignment surgery as part of their transition, some do not. And interestingly, their decision on this matter is, medically speaking, none of your f*cking business!"