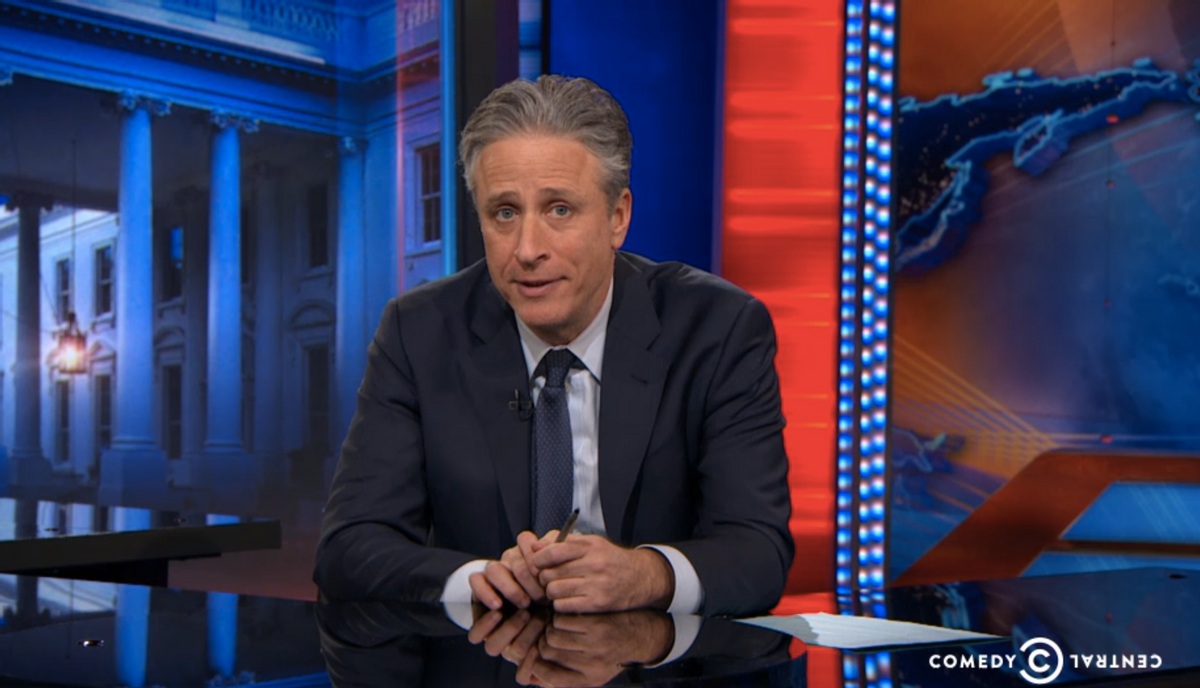 Page Six reports that Daily Show producers have reached out to a number of "notables whom Stewart’s given grief over the past 17 years” and are asking them to participate in a segment roasting the outgoing host on the show's August 6th finale.

Citing the possibility of a lot of bleeped-F bombs, one of the article's sources told Page Six that detractors will "basically tell Jon to ‘f–k off.”

It remains to be seen who will make the cut, but Stewart has made a lot enemies over they years, and we can think a quite a few people who would enjoy giving the “Daily Show” host a piece of their mind. Of course, there are the usual suspects -- Bill O'Reilly, Tucker Carlson, Donald Trump, Sarah Palin, Glenn Beck -- but we'd love to see a few wild cards thrown in there as well. What's Hugh Grant up to these days?