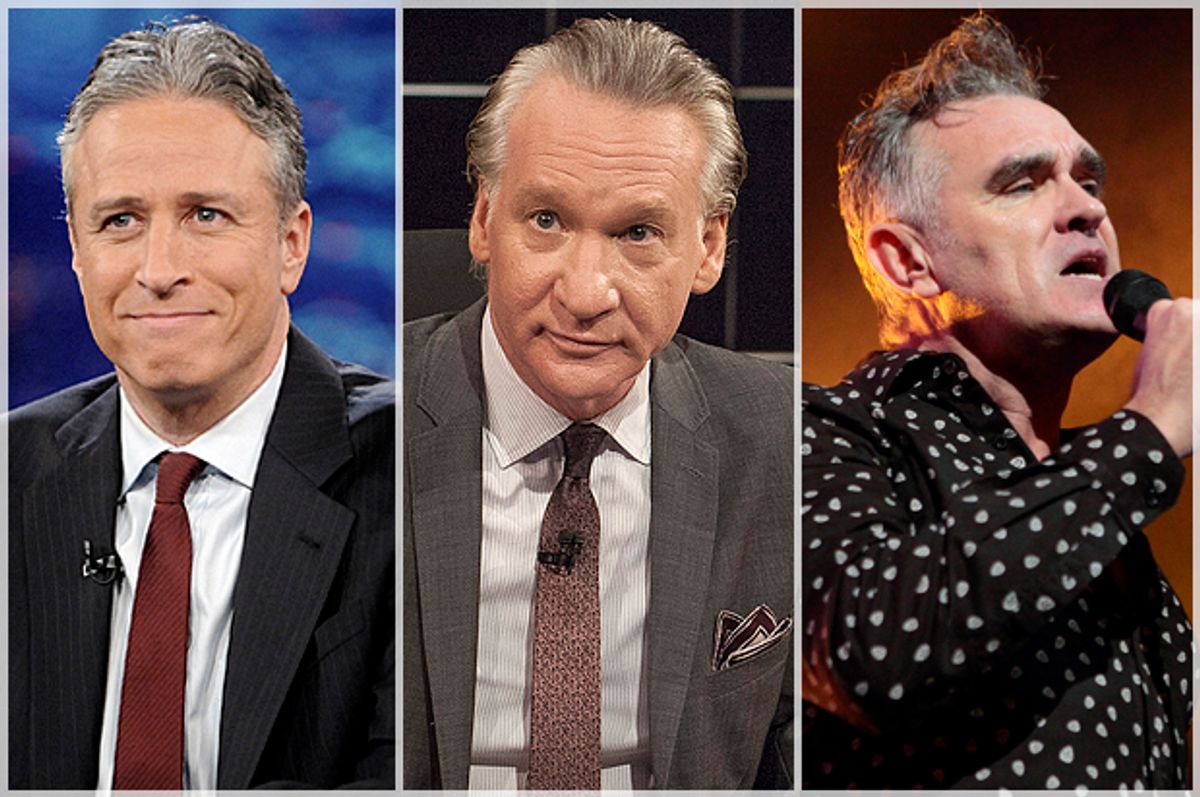 We've talked a lot about the upcoming U.S. presidential elections lately, but there is one crucial, burning question that has so far been left unanswered: What does Morrissey think?

Thankfully, we got our answer at a performance at Madison Square Garden this Saturday, during which the ex-Smiths frontman sounded off on America's forthcoming National circus. As he put it "the U.S. elections are all very well and amusing, of course, but there’s only two possible American presidents in my world: one is Jon Stewart and the other is Bill Maher. Otherwise, forget it.” (Morrissey apparently not a Colbert fan.)

Moz fans will know that the man is no stranger to voicing his political opinions, even when nobody asks him to do so. An outspoken monarchical abolitionist who has repeatedly criticized the British monarchy, his first solo album had a track called “Margaret on the Guillotine,” about Margaret Thatcher (later, after the ex-PM’s death, Morrissey went on to dub her "a terror without an atom of humanity”). And the born-and-bred Brit hasn’t been shy to weigh on matters Stateside, either. At a 2004 concert, Morrissey announced Reagan’s death, saying he would have preferred if George W. Bush had died instead.

So really, a Maher/Stewart ticket is a pretty reasonable suggestion, as far as Morrissey’s political proclamations go.

Watch a fan-shot video below: