Rick Santorum: The next president must stop gay marriage "for the survival of our country" 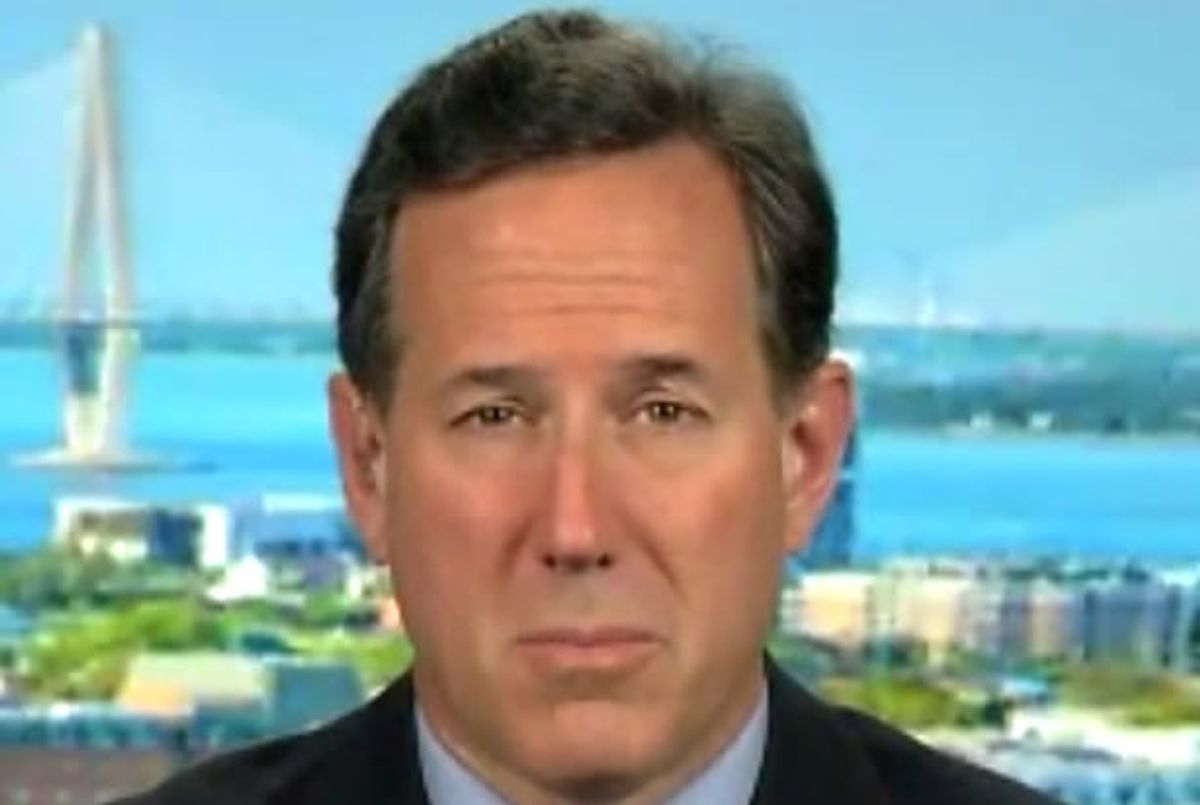 Tucker Carlson asked the former Pennsylvania senator how Republicans should respond to the ruling, and Santorum said that the first thing that needed to be done is the passage of a "Religious Freedom" legislation "to protect people of faith from what will be the consequence of this ruling."

"It's already happening," he said, "thanks to Justice Kennedy's absurd opinion."

After that, Santorum argued, conservatives need to reclaim the idea that marriage isn't about two adults -- "or more than two adults" -- but that "it's about children, because it's always been about children, about creating the correct environment for the next generation to be raised in."

One solution to the "politicization" of the Supreme Court is fully embrace it, Santorum said, as they do in Pennsylvania where judges are elected. "There's a political element in the judiciary, and the public should have some say in that," he said. But he acknowledged that even that might not be a workable solution, since judges in Pennsylvania did, in fact, legalize same-sex marriage before the Supreme Court did.

The executive and legislative branches, Santorum argued, need to do something to "limit the jurisdiction" of the judiciary.

"Fox & Friends" co-host Tucker Carlson told the former senator that in the wake of the Supreme Court's decision, "straight marriage is collapsing," and asked him what "specifically do you think Congress can do about that?"

"The most powerful power a president has," Santorum replied, "is the power of the bully pulpit. Could you imagine what would happen if instead of this president spending all his time talking about global warming, he talked about the importance of marriage -- of fathers and mothers taking responsibility and raising their children in healthy homes?"

President Santorum, he said, would "promote marriage" in "the popular culture and the business community, and have programs that would support the idea of marriage and togetherness in order to raise children. That is the most important thing we can do as a society to lift up marriage as an institution that's important to the survival of our country."