"It could be very bad for business," he said 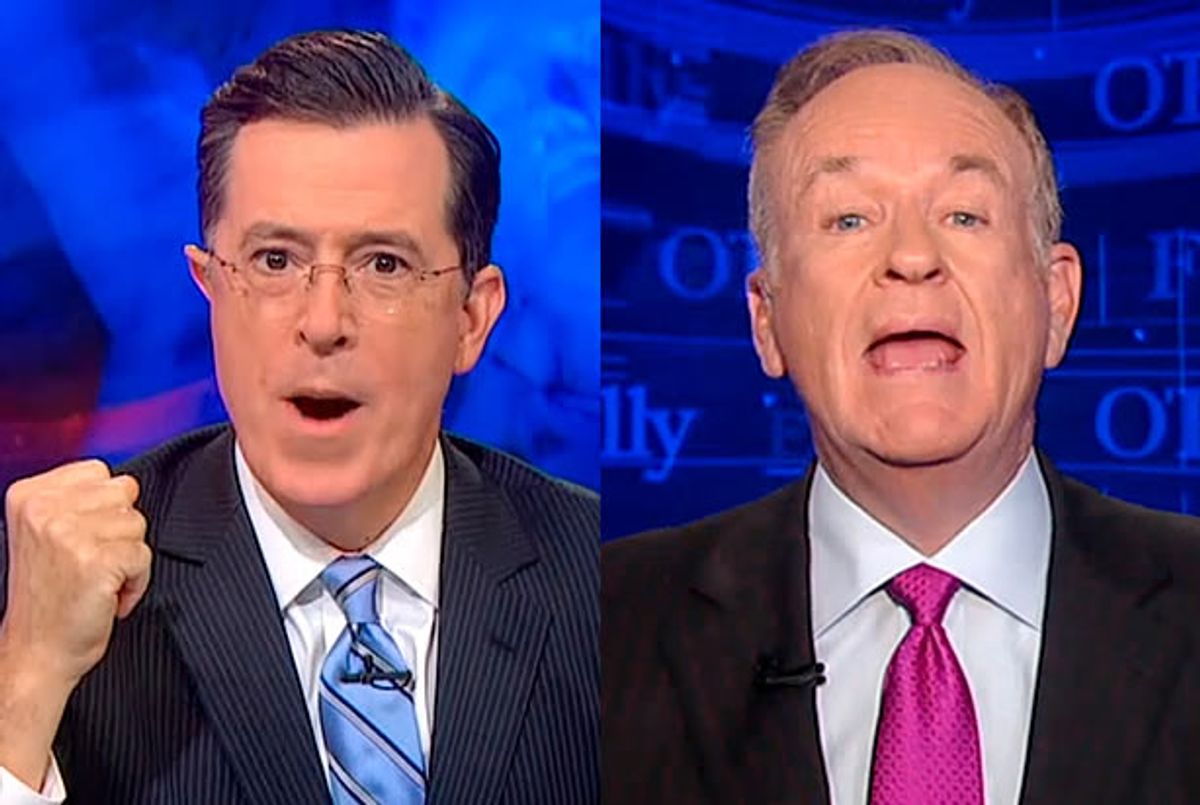 On "The O'Reilly Factor" Monday night, host Bill O'Reilly took a break from his war on anti-racism to warn Stephen Colbert that if he wants to keep his job on "The Late Show," he better think twice about "alienating traditional Americans" like Antonin Scalia.

O'Reilly began by slamming those justices who believe "the country needs to be changed" instead of "a settled nation where established law should be held." He criticized Justices Ruth Bader Ginsburg and Elena Kagan for presiding over gay marriages and not recusing themselves -- though he didn't demand that the other justices recuse themselves for presiding over "traditional" wedding ceremonies.

O'Reilly went on to declare that "even though the Supreme Court has now ruled that gay marriage is legal, it has no right to any American to participate in it." Nor does the decision mean, he argued, that people who follow their conscience and continue to practice "traditional marriages" should be mocked.

Which is precisely what Colbert did in a short video in which he tore into Justice Scalia for his curmudgeonly dissent and wished the LGBT community a happy Pride weekend:

After playing a clip from that video, O'Reilly said that "in a few months he'll be competing against [Jimmy] Fallon and [Jimmy] Kimmel, both talented and successful guys. He might want to think about not alienating traditional Americans to the extent he has. It could be very bad for business."