"Do you ever feel scared?" 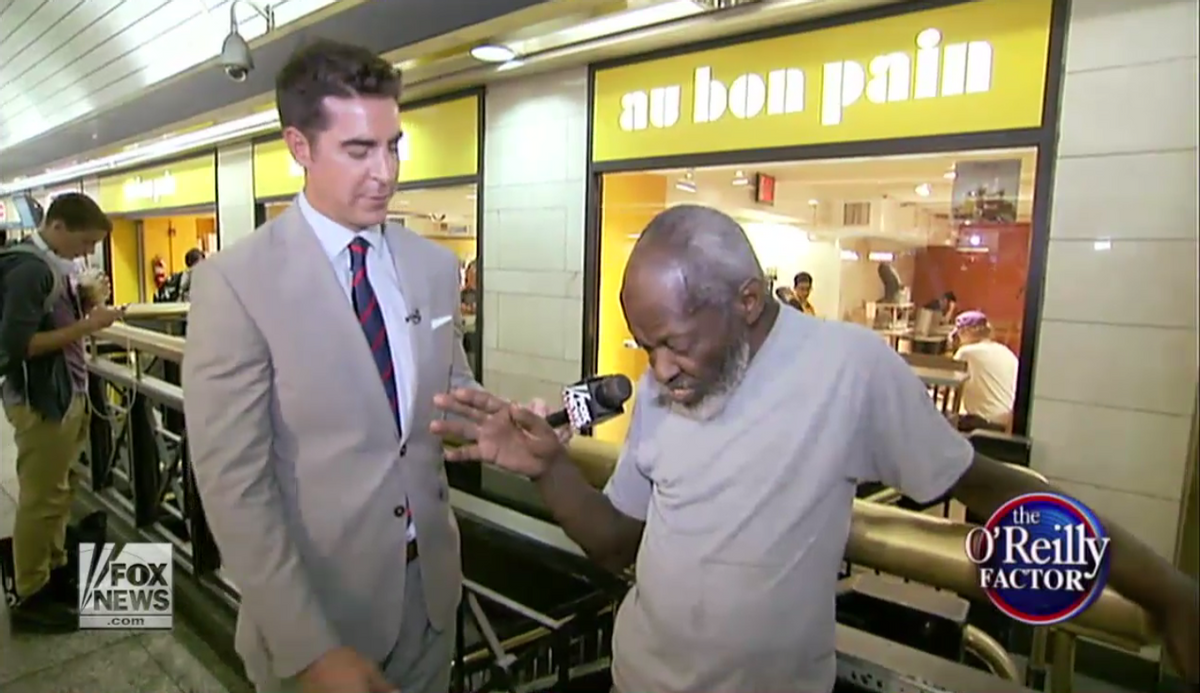 Monday evening's edition of "The O'Reilly Factor," aired a segment of "Watters World," in which correspondent Jesse Watters goes to New York City's Penn Station and attempts to prove what a scourge homeless people are.

The whole point of the segment was to prove that homelessness has skyrocketed under Mayor Bill de Blasio, but it ended up being a study of cruelty and dehumanization. Watters paints the homeless people he meets in Penn Station and drug-addled alcoholics threatening the safety of nice, predominantly white people just trying to get to work.

In May, de Blasio announced his administration would commit $100 million in annual spending to combatting the city's homelessness problem.

Watch the clip below, or, you know, don't: