Larry Wilmore shreds Clarence Thomas' vile slavery analogy in marriage equality dissent: "Do you even know what slavery is?" 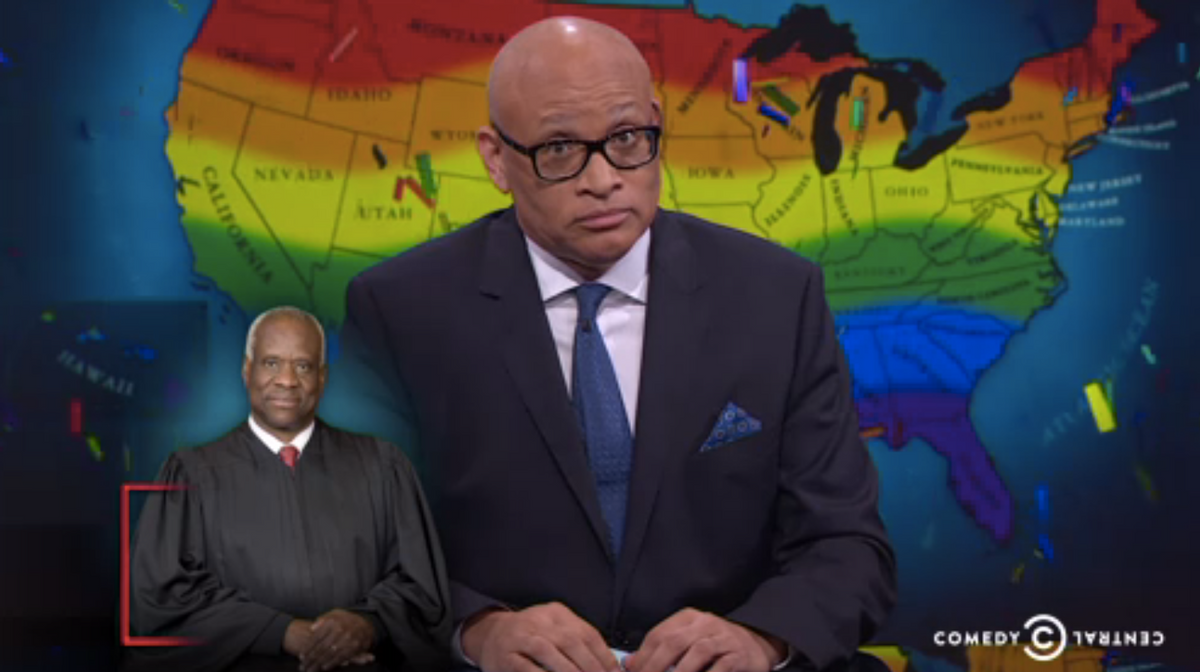 There's been a lot of talk about Supreme Court Justice Scalia's scathing dissent in the historic gay marriage ruling last week. However, "Nightly Show" host Larry Wilmore saved his best shots on Monday for Justice Clarence Thomas' just-as-vile conservative ramblings, in which he used a slavery analogy to make the case for how the government had overstepped.

He wrote: "Slaves did not lose their dignity (any more than they lost their humanity) because the government allowed them to be enslaved."

“Do you even know what slavery is?” Wilmore asked. “Slavery is the complete stripping of humanity and dignity. That’s the point of slavery. When do you think slaves were whipped? Whenever they tried to dare to show any humanity or dignity.”