"People will have to bake gay wedding cakes," he said, "because they're going to be forced to by the state" 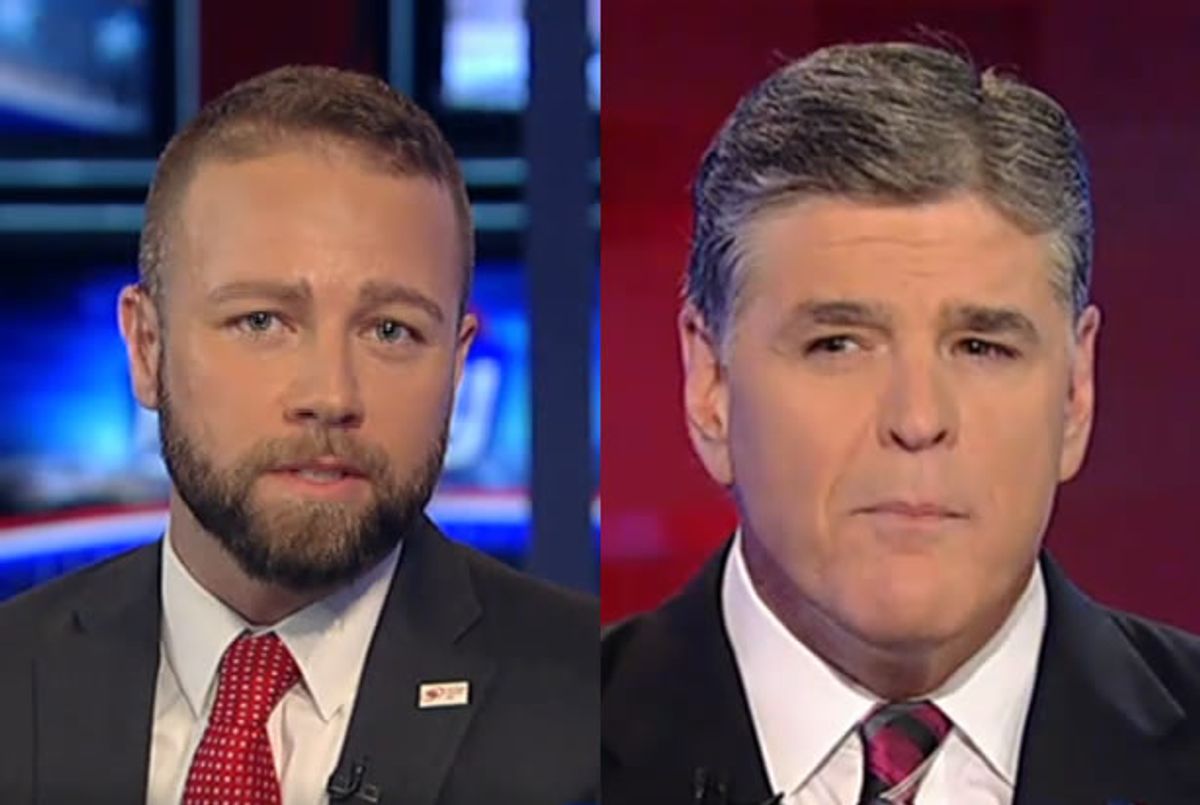 On "Hannity" Monday evening, host Sean Hannity attempted to corner a same-sex marriage supporter into admitting that the Supreme Court's decision is a victory for those who want to crush the dreams of Christian businessmen and -women whose faith won't allow them to cater to the LGBT community.

Hannity asked Brian Silva of Marriage Equality USA whether the Supreme Court's decision on same-sex marriage would force churches and synagogues to host gay weddings. Silva noted that since same-sex marriage was legalized in Massachusetts, "no church, synagogue, mosque, or any other religious institution has been forced to do that."

"Why do I think this [ruling] is going to change that? Why do I believe that?" Hannity asked, apparently saving "What's in my back pocket?" for later in the show.

Fox News religious correspondent Father Jonathan Morris jumped in, saying that Hannity probably believes that because even though Father Morris is a functionary of the Catholic Church, when he performs marriage ceremonies "I sign my name as an officiant of New York City, of the state -- and I believe the Church needs to get away from that."

"So you agree with me and Justice Thomas that this debate is coming?" Hannity asked.

Father Morris tried to reply, but Pastor Robert Jeffress couldn't contain himself any longer and cut him off. "I had a debate Friday night on television with the pastor for the largest gay church in America, and he started talking about tolerance," Jeffress said. "So I ask him, 'How tolerant are you? Do you think those bakers in Oregon should have lost their business?'"

"He didn't answer my question -- three times -- because he thought they should lose their business. That's 'tolerance.' That's where this is going."

Hannity turned back to Brian Silva to answer that question. "I think our country has a long history in the public space," Silva began, before Hannity again demanded he answer Jeffress' question.

"I'm trying to," he replied. "The truth is, we don't deny people a business based on their race or their gender. A public business is open to the public."

"So the answer is, if they don't bake a gay wedding cake because of their religious views, they should lose their business?" Hannity asked -- or tried to, but Jeffress was off-camera shouting "Race is not sexual choice!"

Hannity spent the remainder of the segment attempting to force Silva into confessing that same-sex marriage supporters are intolerant of people of faith whose beliefs require them to consider homosexuality a sin. "People are going to have to bake [gay wedding] cakes," he repeated, "because they're going to be forced by the state to do so."

Father Morris attempted to clarify the issue for Silva by going into what even Hannity said was a creepily "long description" of a trio of homosexuals who wanted a photographer to document their "beautiful" polyamorous wedding ceremony. "I'm sorry, Father, but we're running out of time here," Hannity said as Father Morris described the ceremony in detail.