Bill O'Reilly: "Traditional Americans" will continue to be losers if "the far left keeps dominating the Internet"

"Outside of talk radio and Fox News," he claimed, "there are few non-liberal voices heard nationwide" 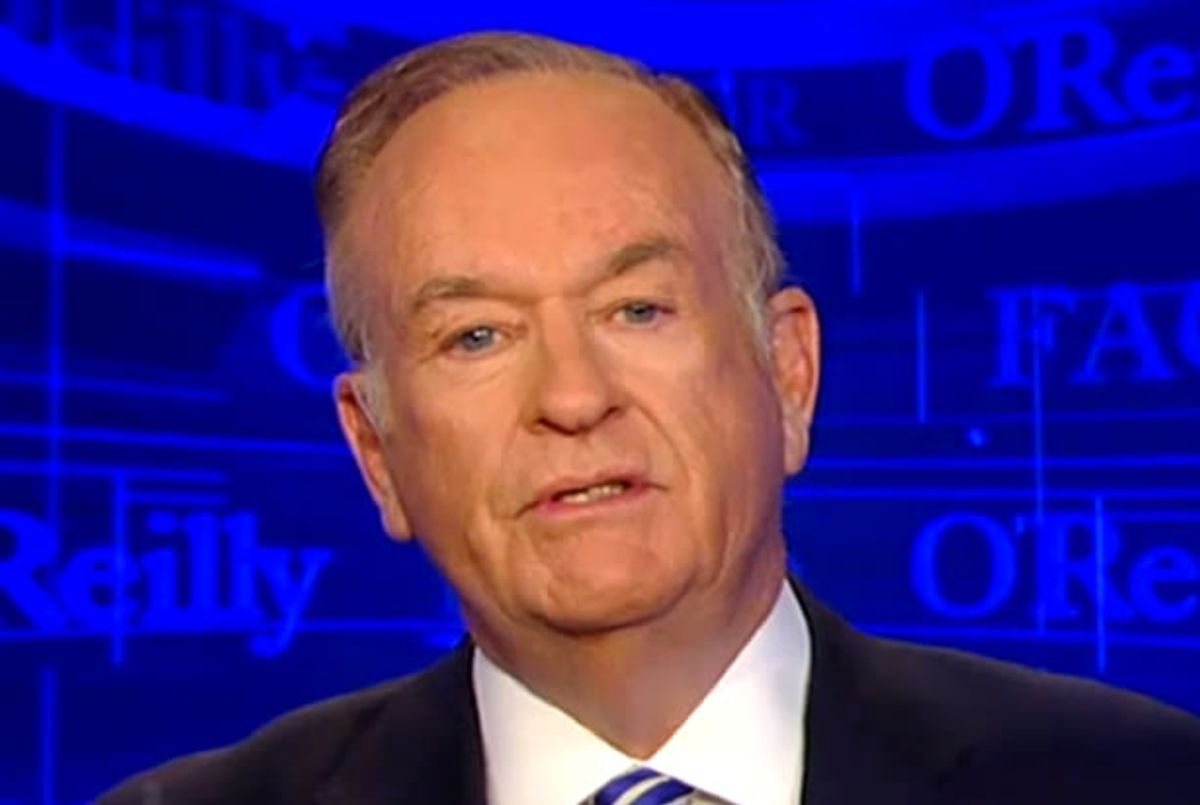 Tuesday night on "The O'Reilly Factor," the eponymous host claimed that conservatives -- who outnumber liberals two-to-one according to "most polls" -- are losing ground because, among other things, "the far left is dominating the Internet."

"Outside of talk radio and Fox News," he claimed, "there are few non-liberal voices heard nationwide," which is an admittedly odd statement to come from someone who professes to attend Catholic mass every Sunday.

O'Reilly continued, saying that "conservative Americans find themselves demoralized seeing the Supreme Court siding with the left and the national news media promoting liberal causes daily." But, he added, "some of the blame for all of that falls on conservatives themselves."

"On right-wing radio, you often here about 'RINOs,' or 'Republicans In Name Only," O'Reilly said. "Moderates like Jeb Bush are crushed by more conservative commentators." There's a "deep division" on the right between extreme and moderate conservatives, he said, "but you don't see that on the left -- they concentrate solely on defaming traditional Americans."

Apparently, O'Reilly lives in a world in which Bernie Sanders isn't trying to outflank Hillary Clinton from the left, but that's neither here nor there, as the rationale behind his diatribe is that if the right can "consolidate" in the manner he mistakenly believes the left has, conservatives have a shot at the White House.

In 2012, he said, 17 percent of self-identified conservatives voted for President Barack Obama, but he can't imagine that happening on the left, because "they stay true to their school."

"Unless traditional Americans begin to unite," he concluded, "they will continue to lose power in this country."