"Are you going to trust an electorate that twice elected Obama to create a court better than this one?" 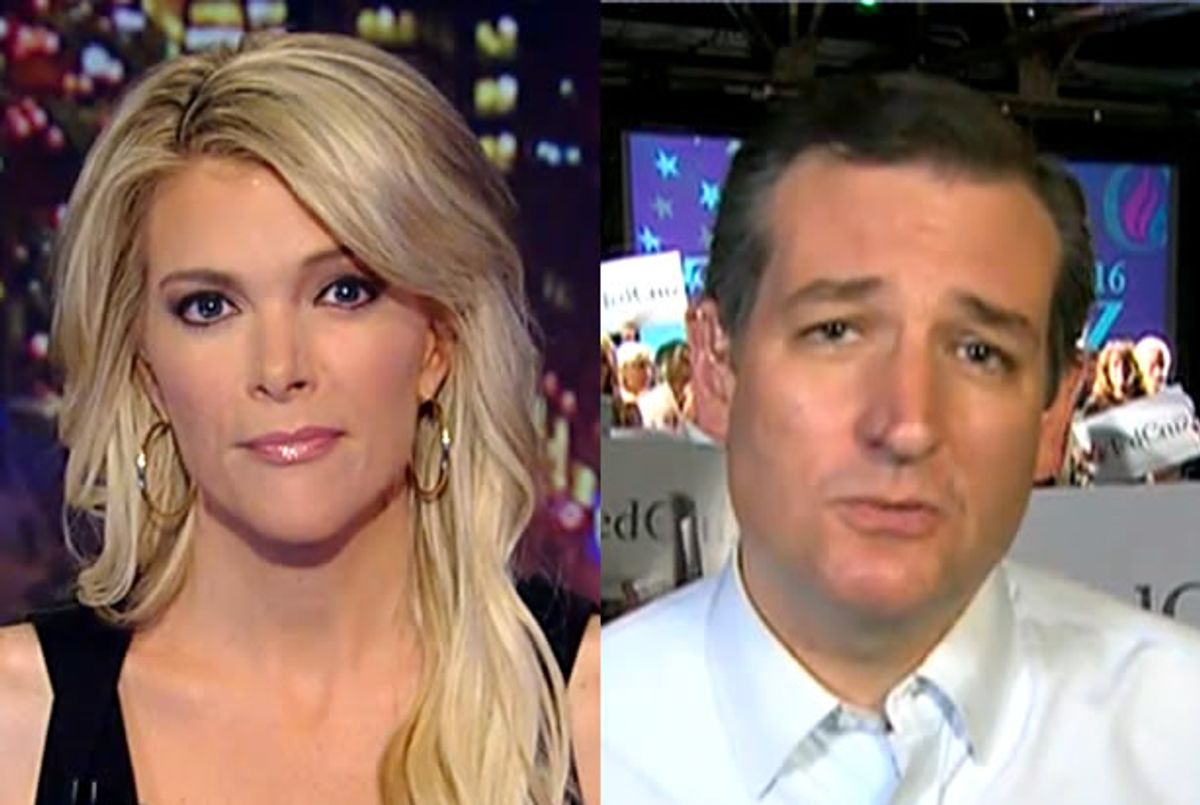 On "The Kelly File" Monday night, host Megyn Kelly was having none of GOP presidential hopeful Ted Cruz's plan to subject the justices of the Supreme Court to retention elections. "You want to rewrite the Constitution in response to a couple of decisions you don't like?" she asked the Texas senator.

Cruz said that the Framers "believed the check on judicial overreach would be impeachment, but the sad reality is that within a few decades, Thomas Jefferson wrote that impeachment had become 'not even a scarecrow.' Two hundred years ago, the Court wasn't afraid of it, and today, we can't even muster 50 votes to defeat Loretta Lynch, an attorney general who tells us she won't follow the Constitution."

"There's no way," he argued, "that we can get the 67 votes necessary to remove Anthony Kennedy from the Supreme Court" for his role in the same-sex marriage decision.

"How are you going to trust an electorate that twice elected Barack Obama to create a court that you'd like better than the one we have now?" Kelly asked.

Cruz said that he was only calling for "retention" elections, in which "every eight years the people would have an up-or-down vote with the option to remove a justice."

"What if the people bounced out Scalia and Alito and Thomas and we had a President Obama in the White House?" an incredulous Kelly replied.

Cruz replied by noting that 20 states have judicial retention elections in place, and that they're used "sparingly," unwittingly suggesting that his solution to the "problem" of judicial activism might not be as effective as he's saying it is.

He continued, however, by echoing Justice Scalia's complaint in the dissent that five Ivy League educated, East Coast lawyers made the decision to legalize same-sex marriage. When Kelly noted that he's an Ivy League educated lawyer himself, Cruz claimed he "was too thick-headed to be indoctrinated up there."