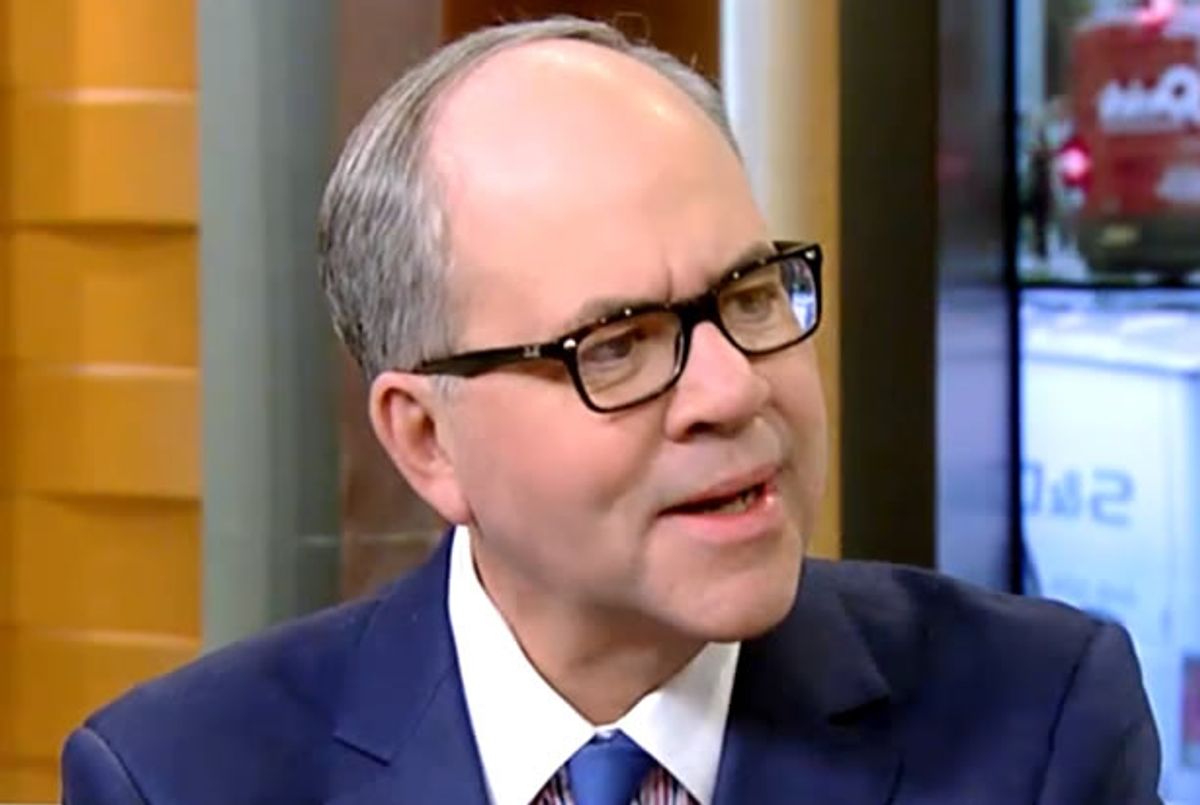 Everyone on "Fox & Friends" is positively livid over Disarm NYPD's decision to burn an American flag at Fort Greene Park in Brooklyn tonight.

On its Facebook page, the group maintains that "both the Confederate flag, and the American flag are symbols of oppression," because in "the years following the war, Jim Crow, segregation, and the extreme expansion of the prison industrial complex were all upheld by the United States of America, not the Confederacy."

"So," the statement concluded, "we will burn the American flag, a symbol of oppression and genocide, and in the same action, dismantle our stunted, cynical expectations of what is possible in the world."

This decision apparently didn't sit well with the producers at Fox News, who devoted three segments to the small protest because it could be a prelude to Fourth of July terror attack -- or because the network's been on the wrong side of a flag-related issue for a few weeks now and would rather viewers forget about that. But whatever the reason, the vehemence with which the "Fox & Friends" co-hosts and their guests went after Disarm NYPD can't be denied.

Elisabeth Hasselbeck began the first segment by asking state Senator Marty Golden (R) how much of the blame New York City Mayor Bill de Blasio should take for this protest. Senator Golden declined to answer that leading question, instead saying that he just hopes the mayor can stop the protest from happening.

"Here's the thing," Steve Doocy replied. Flag-burning "is protected speech -- but you can't actually burn anything in New York City, so they could actually be arrested on the spot just for lighting the match!" The suggestion being, of course, that if de Blasio doesn't order officers to do just that, he sympathizes with the protesters.

"Think about this," Brian Kilmeade said with an excitement that made it appear as if it's the first time he's ever done it. "Think about this -- the terror alert is sky high from coast-to-coast, and guess who's on the front lines? Law enforcement!"

"This group, Disarm NYPD, is the essence of anarchist values that seek to destroy this country," Johnson continued, apropos of nothing. "'But Peter,' people say, 'you wear a flag pin and are on Fox News.' These folks are the cultural cousins, the cultural brothers and sisters and that maniac racist murderer in Charleston, South Carolina, who decided that he was going to burn the flag and show it on social media."

"There's little difference between they propose to do and what he did," Johnson added, apparently forgetting that Dylann Roof also murdered nine people. "They're on different ends of the same continuum of crazy, demented, un-American behavior that we all need to condemn."

In yet another segment, Brian Kilmeade spoke to Fox News Medical A Team's psychiatrist Keith Ablow, who blamed the Disarm NYPD protest on President Barack Obama.

"These folks have been led down the wrong path by a president, a former attorney general, and a mayor of New York City, who encourage people to hate others, who encourage people not to see in this country the evolving story of tolerance and brotherhood, but instead to see in history elements that were ugly," he said. "When you elect a president who attended a church with a pastor tells people America’s reprehensible and people vote for him anyhow because he has a nice smile, this is what happens -- you fracture your culture."