Fracked wells require more than 18 times the amount of water they used to, a new USGS study found 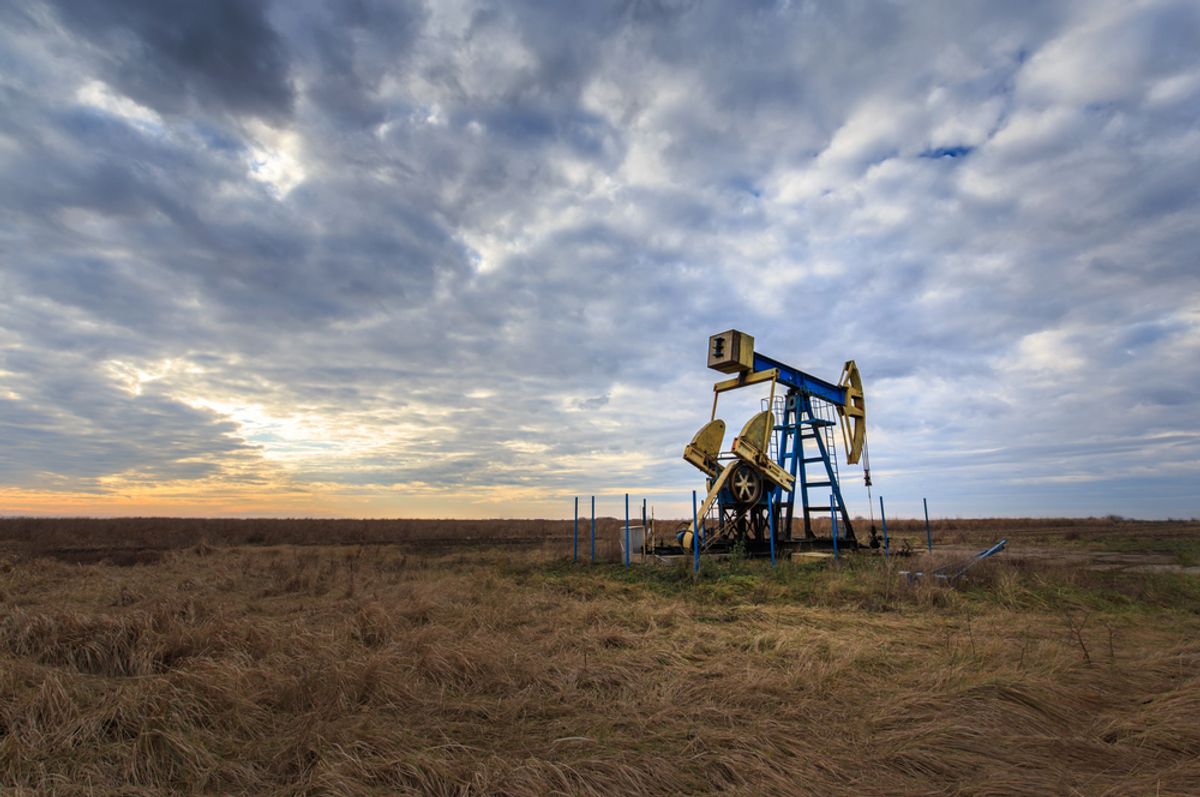 Those who laud fracked natural gas as the Great Green Alternative to other fossil fuels (ahem, David Brooks) are forced to overlook a few glaring inconsistencies regarding the so-called "bridge fuel," the impact of which on the environment is not nearly as benign as they'd like to suggest.

The latest, according to a comprehensive new analysis from the U.S. Geological Survey: fracking is using up an astonishing amount of water -- as much as 9.6 million gallons per well. (An Olympic-sized swimming pool, for comparison, hold just about 660,000 gallons.)

That's a lot of water, even for fracking -- and other wells were found to require as little as 2,600 gallons. But on average, the study calculated that gas wells are using 5.1 million gallons of water each. Not only is that a lot, it's more than 28 times the amount of water they were using just 15 years ago. And many of those resource-draining operations, Climate Central notes, are located in regions that recently saw severe droughts -- Texas, the Rocky Mountains, the Great Plains -- and which can expect to confront even more water shortages as global warming progresses: In some places, Stanford University professor Rob Jackson, who wasn't affiliated with the study, told Climate Central, fracking can increase the demand for groundwater by up to 30 percent. “In wet regions like the Marcellus (in Pennsylvania), I don’t think water use is that big a deal," he said. "In dry areas it can be a big deal. The strongest effects come through increased pumping of groundwater.”

What's accounting for the uptick in water use? Newer fracking technology requires it, the study's authors say. And horizontal drilling to extract natural gas, the use of which has surged in recent years, is particularly water-intensive, especially as it is currently practiced. In the vast majority of the watersheds mapped by the researchers, those using the most water predominantly featured fracking wells that were  horizontally drilled: This isn't to say that other forms of fossil fuel extraction are necessarily better, just that fracking has impacts that are often overlooked. After water is used for fracking, for example, the majority of it is injected deep into the ground, taking it out of the water cycle and, as a side effect, causing earthquakes. And while natural gas, when burned, is much less carbon-intensive than oil or coal, its impact on climate change is incredibly more potent when it leaks, as it is wont to do. Even in a perfect system, a recent study found, its use isn't likely to significantly lower our greenhouse gas emissions. It's the pile-up of caveats, perhaps, that might lead one to think we're better off skipping the bridge and leaping as quickly as possible to investments in truly green energy.