Her "screed" is "an insulting insinuation that Hispanics are going to pervert, drag down, and degrade America" 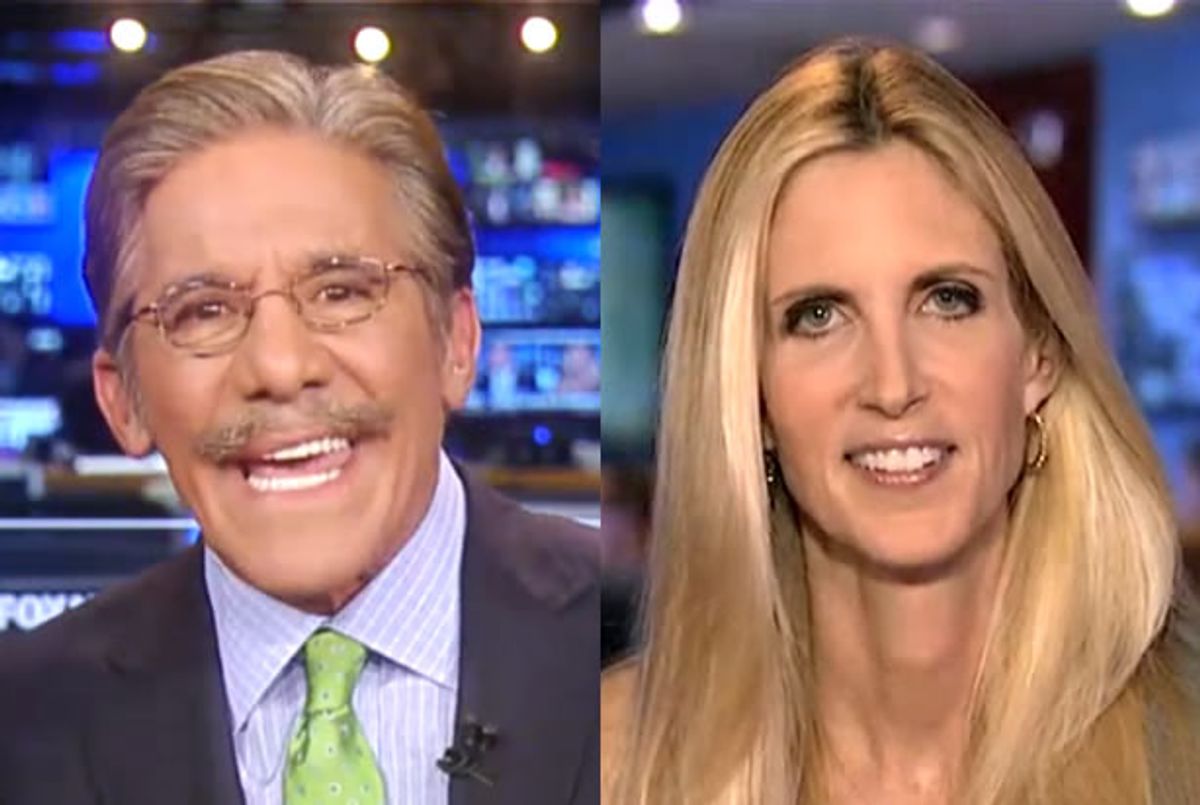 On "The Kelly File" Tuesday night, Ann Coulter and Geraldo Rivera had a lively debate about what the latter called the former's "screed" against the Hispanic community, "Adios, America."

Rivera began by noting that the very title of "Adios, America" is "an insulting insinuation that are going to pervert, drag down, and degrade the America we all know and love."

"This is an insult that -- I won't use the term 'racist,' because I don't think Ann's a racist," he continued. "What she is is a polemicist, and she's written a screed, a diatribe. She had a point she wanted to make and in her very sharp and witty writing, she's made it."

Rivera then held up copies of two of his books -- "His Panic" and "The Great Progression" -- and said that the research he did for those books showed that Hispanics aren't committing crimes at a higher rate than any other immigrant community.

"I don't think you're a racist either," Coulter said, "but I think you're getting pretty close to the edge by insisting Hispanics piggyback on the black experience in America. The reason we have affirmative action and set-asides is to make up for the legacy of slavery and Jim Crow -- it's not for people who just stepped foot in this country to piggyback on that very unique history and start claiming affirmative action."

Rivera was just as confused by her "response" as any rational person would be, asking "Where does this 'piggyback' business come from?"

He argued that undocumented immigrants have "gifted" America with $100 billion in the form of social security -- via fake numbers -- for benefits that they'll never be able to collect. "That's their gift to us," he said. Coulter's attacks on immigrants is "just inappropriate."