I am a recovering racist: I was somehow taught hate as a gift of love

I grew up in the segregated South. It took a question from an 11-year-old to teach me how I really felt about it 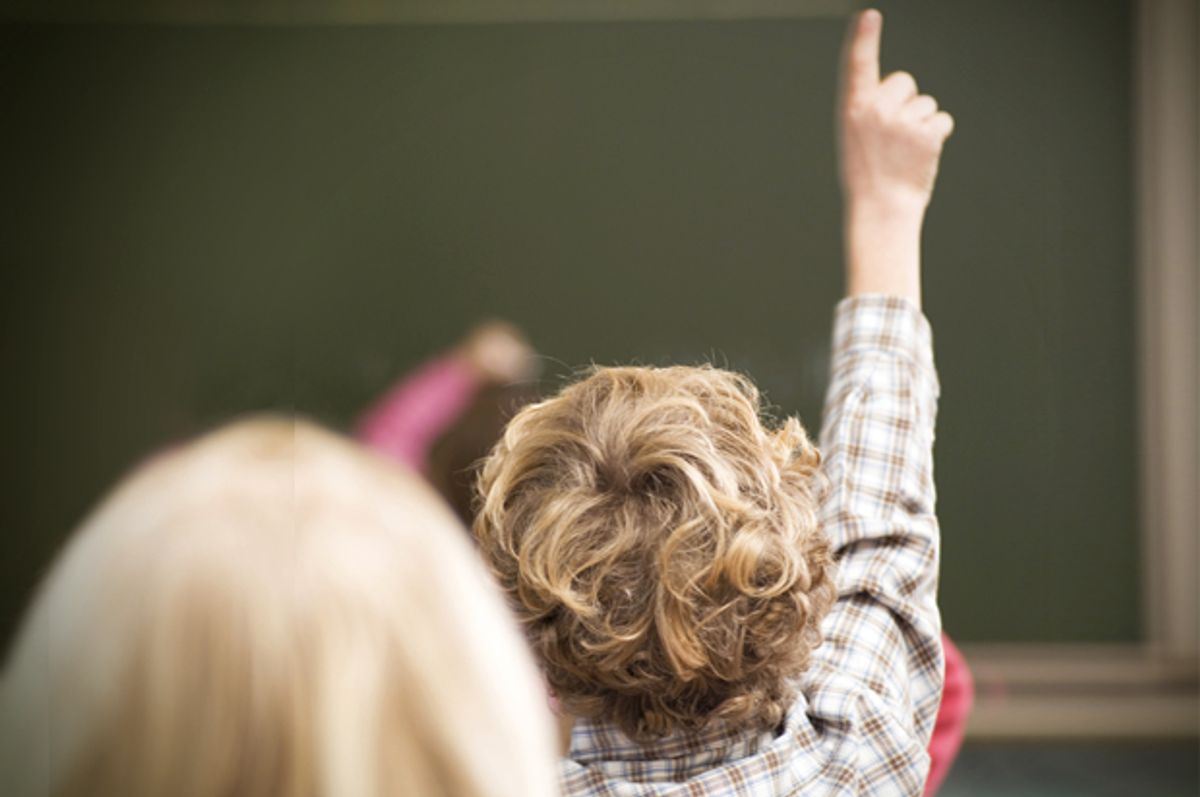 (In Tune via Shutterstock)
--

As a native Mississippian and recovering racist, I finally discovered why a seemingly innocuous thing like a state flag can bring out the absolute worst in us. It took a group of 11-year-old students to teach me that lesson.

After reading about my most recent novel dealing with race in Jim Crow Mississippi, the principal of a private school in Minneapolis invited me to speak with his fifth-grade students. All the classes had been studying the civil rights movement. He said, “I read an interview with you in the newspaper and you said you were a recovering racist. Would you come talk to our kids about your experiences?”

Got it, I thought. They need a token racist. I agreed, but I was anxious.

The principal was honest. He explained that his kids were white, affluent Minnesotans. They assume they are not racist because they come from good families, but the only people of color they ever see are the ones who clean their houses, cook their food and tend their lawns.

The kids were attentive, well-behaved and terrifyingly self-assured for 11-year-olds. I spent a good half–hour sharing my memories of growing up in the segregated town of Laurel, Mississippi, in the 1950s and ‘60’s, emphasizing the politically correct messages I was sure their teachers wanted the students to hear.

Then, just when I figured I had drawn out all the moral lessons they were capable of grasping, one emboldened kid asked me something that, at least momentarily, left me speechless.  It was the type of direct yet guileless question only folks who have not learned to be politically correct could ask.

“Did you like having your own special place in the restaurant when you were growing up?” He was referring to the nicer, cleaner, air-conditioned “whites only” sections I sat in, while blacks had their food shoved at them through a window that opened into the alley.

“Like it?” I responded. At first the question seemed irrelevant. What did it matter if I enjoyed it? The point is, it was wrong. But from the way all the kids’ eyes lit up, I could tell the class wanted me to address the boy’s question. He had drawn an adult off script and they couldn’t wait to see how I responded.

But the boy’s instincts were right. And fifth graders know when you are lying to them.

“Yes,” I admitted. “It felt good. I felt like I was on the winning team or voted most popular. I never thought of it before, but yes, it made me feel special.”

I glanced at the teachers in the room. They seemed concerned. This was not going the way they had anticipated.

A girl raised her hand.  “Did a black person ever have to give up her seat so you could sit down?”

It was obvious they had been studying Rosa Parks.

I was still off balance from the first question, editing my race history to include the fact that I liked segregation for the feelings of superiority it gave me. The thought was disorienting.

“Yes!” I answered, and knowing where she was going with her question, I continued. “I liked that, too. To see a grown man offer me his seat because I was more important than he was a good feeling.”

Before I entered the classroom that day, I felt it was enough to have condemned my past, along with those old white men who had created my racist world. After all, I was born into that society. I didn’t have a choice. I had to follow the rules. I’m certainly not to blame for it. I figured a little liberal guilt was enough to buy my redemption.

But the kids’ questions presented me with a moral dilemma. I was not a neutral or innocent bystander after all, even as a child. My enjoyment of the privileges testifies to that. In addition, it became clear to me that I got my seat because someone was forced to give up his. For every meal I was served in the pristine restaurant, somebody had to eat hers in an alley.  My college scholarship came at the expense of some field hand’s son who couldn’t afford to finish the eighth grade. Each time I benefited because of my whiteness, an African-American paid because of his blackness. Guilt or moral repugnance is not enough. There is a real debt to be paid.

But the hardest thing to admit was that my racism and its inherent privileges were gifted to me by devoted parents, dedicated teachers, righteous preachers—an entire white community conspired to make me feel special. These were good people. How could I turn on them?

What a conundrum! That would make racism a gift of love! As toxic as those gifts were, they were presented to me out of love, by someone I loved. What adult, much less child, doesn’t want to feel special? What child is going to say, “No, I don’t want your gift because it takes away from others!” We hunger for the experience of feeling special and are grateful to those who see that specialness within us.

No wonder it’s so hard to uproot racism from our souls. If we had acquired our racism from folks we detested, the monsters of the world, the lynchers and the church-bombers, the murderous, tobacco-spitting sheriff or the buffoonish sheet-shrouded Klan member, or our race-baiting governor standing in the schoolhouse door, how easy it would be to denounce our racism and to leave that kind of destructive thinking behind.

But it’s not the villains we must reckon with. Our role models were people we loved and trusted, those whom we allowed into our souls without question. It's an elderly white neighbor whom I loved dearly, telling me that her black yardman, Joe, was not to be referred to as a “Mister.” My schoolteacher who acted like it was the right thing, the appropriate thing, the moral thing for her students to have nice schools and new textbooks and a school bus, while the black kids went to class in dilapidated buildings, used our castaway textbooks and walked to school regardless of the weather. It was my preacher who told us to love black people, but that God wanted the blood of the white race to remain pure.  The kind clerk who attended to me, a child, the minute I walked into his store while black adults remained waiting in line.

No one had to explain to us we were special. The evidence was overwhelming.  We learned it from those who only wanted the best for us. We believed them. And we didn’t want to disappoint them.

Those seeds of “specialness” sent roots down deep into my being.  And those roots entwine with love for my parents and God and the way I feel sad about abandoned dogs and how I get all choked up when a friend says he cares for me. All these things are planted in the same field. That horrible, disgusting hateful thing is part of me, too, entangled with the rest. And often it keeps me from seeing my own racism when it rears its benevolent, entitled head.

One of those toxic gifts is that flag.

It elevates my whiteness at the expense of one third of the population of my home state. To accept that gift of an embellished white history means cheating others out of their own proud story. It diminishes the soul. It robs black children of the chance to see themselves woven into the fabric of society.  If I’m going to be honest, I have to admit the real reason some Mississippians are so devoted to that flag: it is a symbol of our specialness, bestowed upon us by people that we love.

My admission that day in the classroom allowed a discussion about race that was more honest than any discussion I had ever had with adults. We talked about ways in which blacks, Hispanics, and others are still having to give up their seats for white people. We talked about how that applies to disparities in educational and employment opportunities, safe streets, after-school programs, police protection, racial profiling, depictions in the media. How some kids are cherished by society, watched over, taken care of without ever having to ask—and others seem to be cast away and forgotten.

Maybe my confession offered them a new way to see their own world. I don’t know. But something I am sure of: I would never see my world the same.

Jonathan Odell is the author of "The Healing" and, most recently, "Miss Hazel and the Rosa Parks League," a novel that was inspired in part by his mother, one of many ill-suited 1950s housewives. Born in Mississippi, he currently lives in Minneapolis, where he is at work on a memoir and another novel.