Brace yourselves: The farewell tributes have officially commenced! 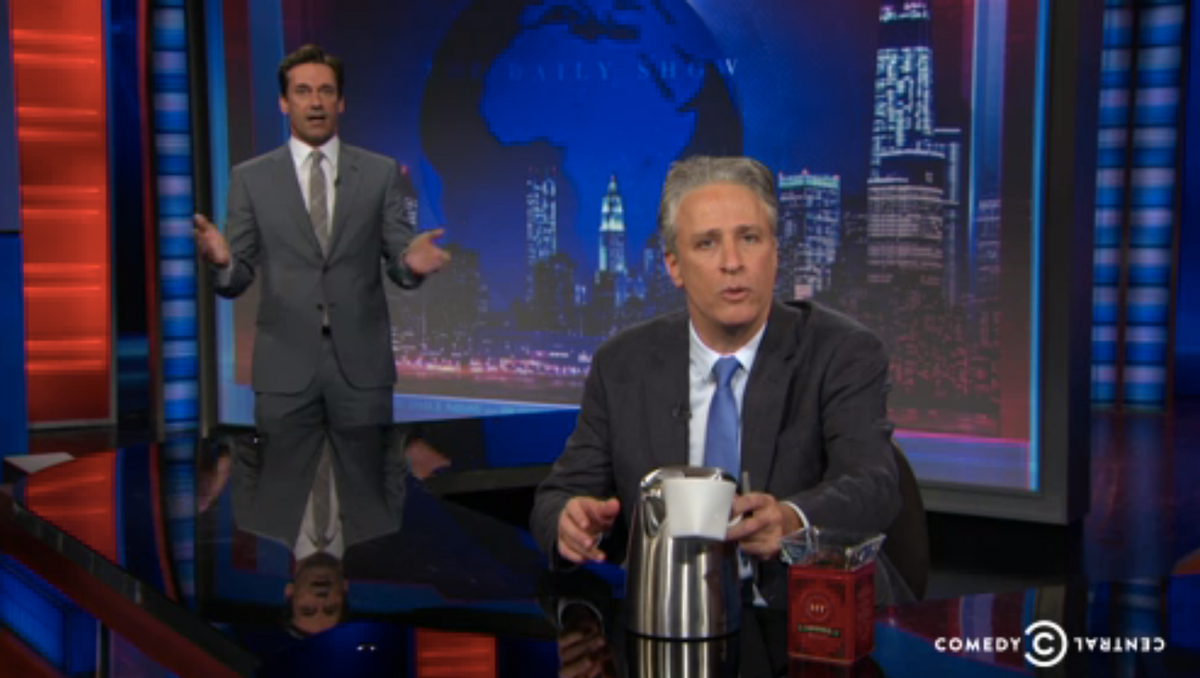 “Tonight I would like to celebrate what you’ve wanted all along: To teach the world to sing,” Hamm said before rolling a montage of singing clips.

The two later sat down to discuss Hamm's most recent endeavor, the film “Minions,” which he lends his own (celebration-worthy) voice to for the character Herb Overkill. Stewart was pretty sure the film was actually called “Minyan.” Bummer.

Watch both clips courtesy of Comedy Central below: