While dems rejoice in the recent victory for marriage equality, conservatives have to find something too 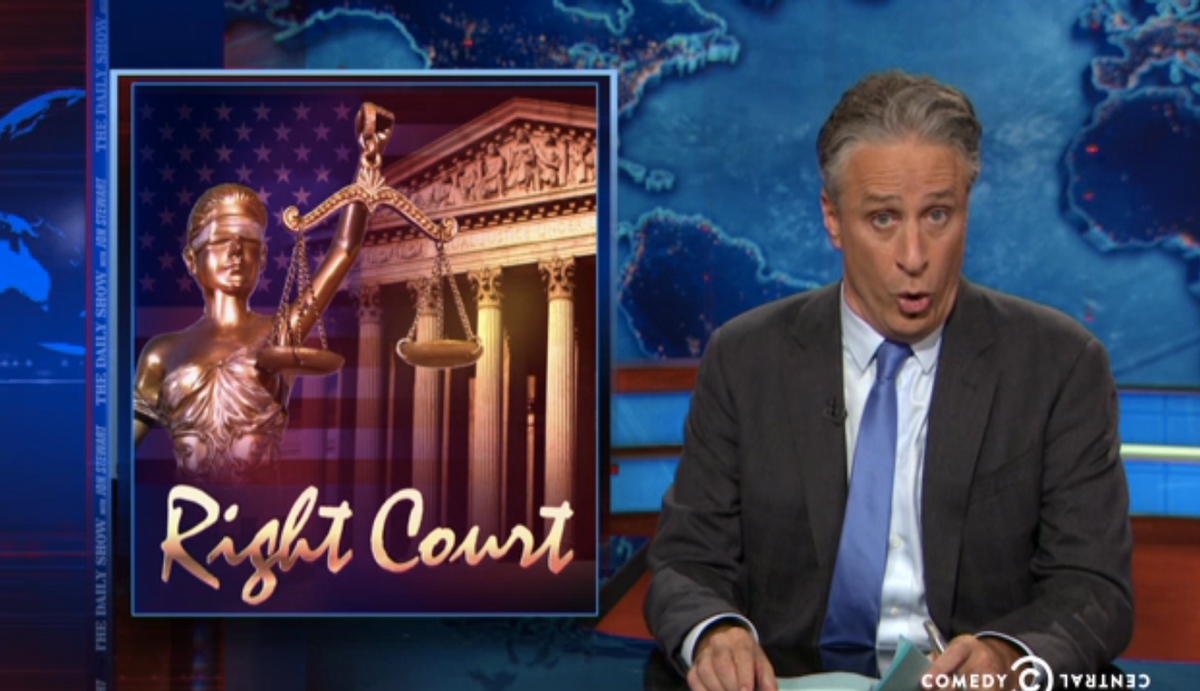 With President Obama celebrating two monumental victories from the past week, Obamacare and gay marriage legalization, Jon Stewart couldn't help but notice that conservative pundits were boasting a few victories of their own in energy and lethal injection.

Stewart explained on Tuesday's "Daily Show" that the Supreme Court's decision to allow for the continued use of a controversial drug for lethal injections and scrap EPA rules to eliminate air pollutants had conservatives grinning from ear to ear. Major triumph!

Fox News hosts, meanwhile, chose to celebrate the EPA defeat as a "victory for business."

"You seem really giddy about that victory! You know the losing team in that game was — lungs," he said. "You know that, right?"