Larry Wilmore tears into Chris Christie's presidential announcement: He's "the bully America has been waiting for" 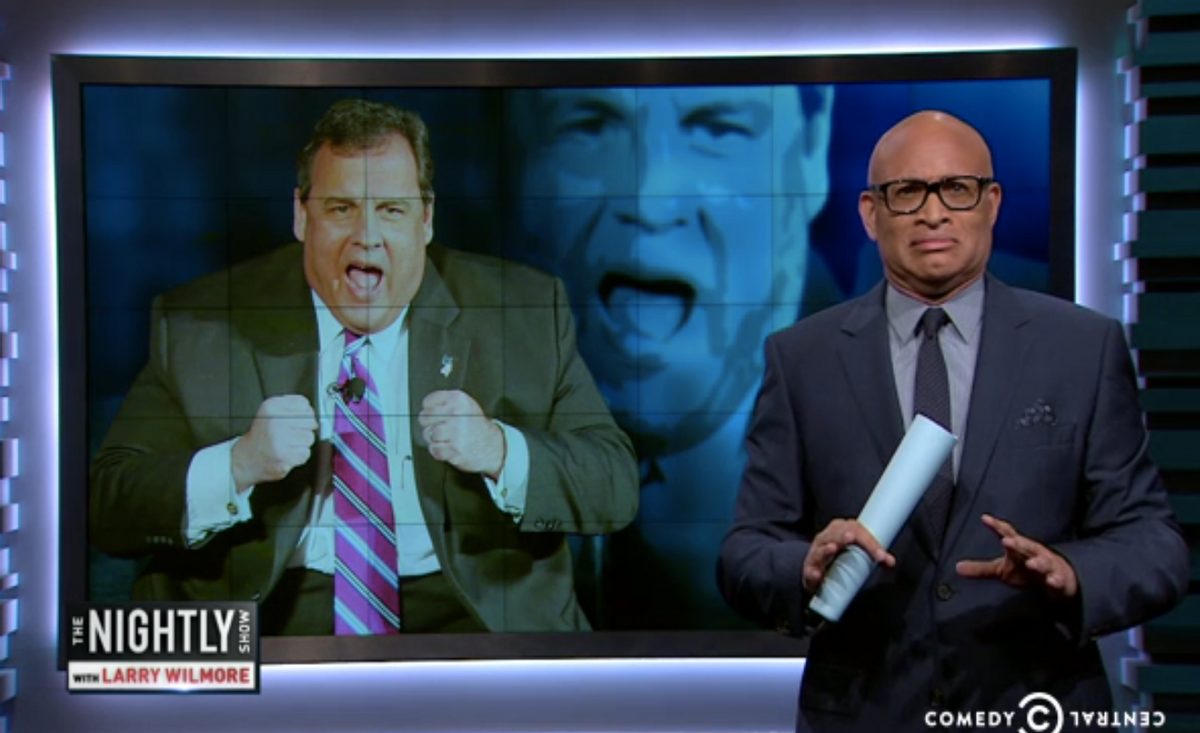 "Nightly Show's" Larry Wilmore had a lot of Chris Christie jokes to make in light of the New Jersey governor's Tuesday morning presidential announcement in his former high school gymnasium.

Most of them, unfortunately, were cheap and easy fat jokes (they came with disclaimers, FWIW). Others, were "that's what she said" jokes. But once those were flushed out of his system, Wilmore was able to buckle down for the main attraction: a conversation with an actor pretending to be Christie's former classmate at Livingston High School, self-proclaimed "bully" "Matt Caffarelli."

Caffarelli, donning a by-the-book bully-ish leather jacket, started in, explaining that "Chris Christie is the bully America has been waiting for." He elaborated on his defense when he noticed Wilmore was not at all on board: "Look, Larry, America is like a high school, all right? The last three presidents, there was a prom king, then we had the dumb jock, now we got a friggin' nerd running the joint, you know what I mean? It's time for a bully, all right, so the natural order can be restored."

Watch the clip courtesy of Crooks and Liars below: