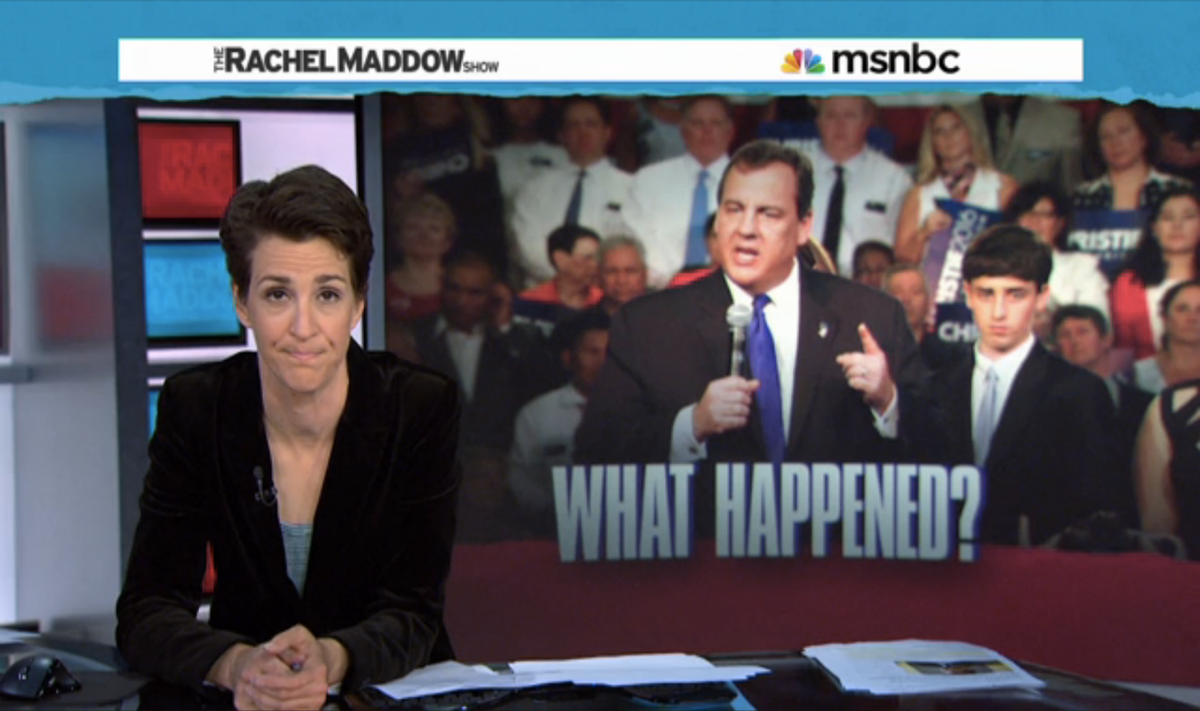 On Tuesday evening, Rachel Maddow outlined how Gov. Chris Christie's presidential star has rapidly fallen since he burned bridges with his potential Republican allies in the 2016 elections. Leading up to the 2012 elections, Christie was heavily courted by ultra-rich donors, as well as regular Republican voters, although he ultimately decided not to enter the race.

Still, Republicans hated him enough to give damning information to reporters, and Bridgegate resulted in a significant drop in public opinion. And those things have seemingly cost him everything.

"He's supposed to be this guy who, if nothing else, can run his charisma, he can run on what a great talker he is, on how much sense he makes when he talks," Maddow said. "When he makes political pronouncements, it's supposed to be really resonant and really make a lot of sense, especially to regular people. Well, today's political pronouncement from Gov. Christie that he is running for president this time around... I felt like the announcement today was full of a lot of things that maybe seemed charismatic to some people but they were also things that did not make very much sense."

"Something has happened politically to reduce [Christie] from the... favorite son of Republican politics to now being someone who is literally losing to Carly Fiorina in New Hampshire."