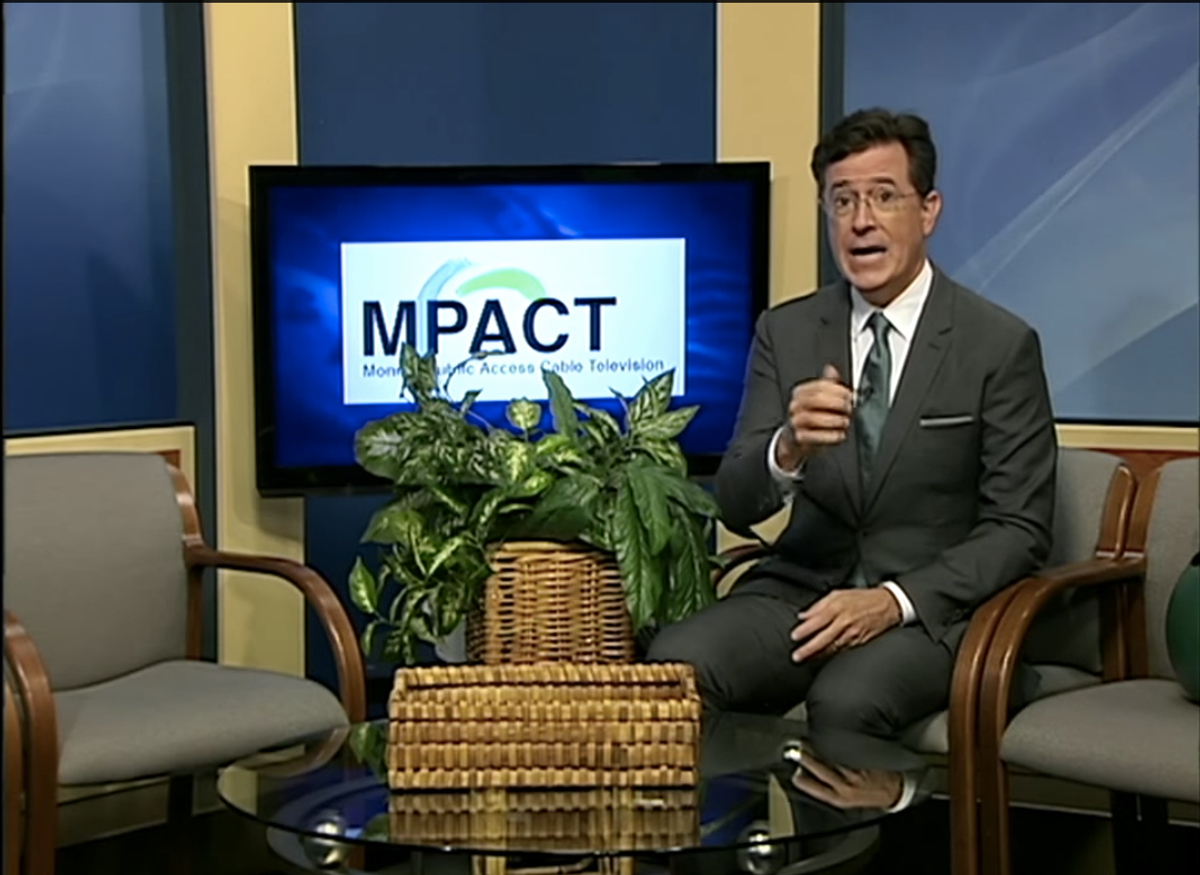 Some days, the Internet offers us all a gift -- a rare, glistening pearl that floats up from the squalid online depths, to reaffirm our faith in all that is viral and shareable and good.

Well, today we present to you one such gift: A 40-minute public access show from Monroe, Michigan called "Only in Monroe,” hosted by future "Late Show host" Stephen Colbert and featuring an interview with Eminem, a.k.a. "a local Michigander who is making a name for himself in the competitive world of music."

The video (titled July 2015, so it's obviously recent) reads a bit like Colbert’s “Better Know A District” segment — complete with lines like "if you’re wondering what muskrat tastes like, imagine eating a rat, but with more musk” -- and mixes Colbert's trademark dry wit and faux-sincerity with the charmingly low production values of public access.

The thing is too splendid and bizarre to be described in words, so I suggest you watch it for yourself below: