Bernie Sanders surges -- but how far can he go?

The Vermont insurgent is gaining on Hillary Clinton, but it won't be easy to overtake her 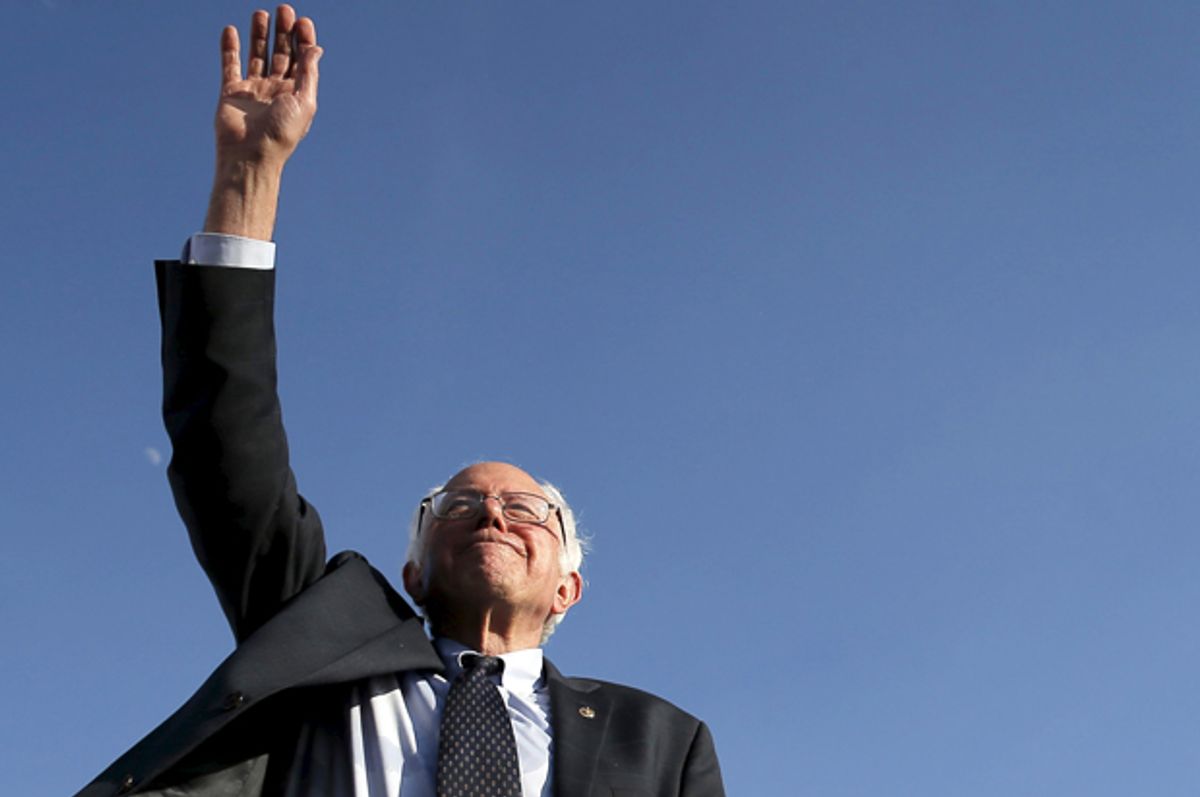 Bernie Sanders is on fire! Not literally. That would be terrible! But in the polls!

The latest Quinnipiac poll of likely Iowa Democratic caucus-goers shows Sanders gaining ground on Clinton. Her lead has been cut to 19 percentage points, 52 percent to 33 percent. Quinnipiac's last poll of Iowa Dems showed Clinton leading by 45 percentage points, 60 to 15. As in: Hillary Clinton has lost some supporters -- not enough to lose her majority -- but it's more that a significant portion of undecideds are breaking towards Sanders.

The good sign for Sanders here is that BERNIE-MENTUM travels well. A couple of New Hampshire polls in recent weeks have shown him breaking into the 30s there, but there was at least some reason to dismiss those: he's from a neighboring state. There was a lag between his support in New Hampshire and Iowa, but the last two Iowa polls show him rising from the mid-teens to the 20s and now to the 30s.

It's now a question of how far this can go. To which the only honest answer is: Who knows? You? Me? I'm just some guy on the Internet. But once again it's worth pointing out that there's not that much "space" to either Hillary Clinton's left or right.

Look beneath the top-line numbers in the Quinnipiac poll and you'll see that Sanders' rising support is hardly a rejection of Hillary Clinton. She remains an overwhelmingly popular politician among all segments of the Democratic party.

Sanders has an advantage among self-identified "very liberal" caucus-goers -- but not by much. He scores 47 percent of that contingent to Hillary Clinton 43 percent. Among "somewhat liberal" caucus-goers, meanwhile, Clinton leads 54 percent to 36 percent, and among moderate and conservative Democrats, she leads 60 percent to 17 percent.

Clinton's favorability rating among Democratic caucus-goers is 85 percent, compared to only 10 percent who view her unfavorably. (That's actually a slightly increase from the 83-11 spread from Quinnipiac's last poll, when Clinton's lead on Sanders was greater.) It's in the 80s across the board, too -- very liberal, somewhat liberal, moderate, conservative; men and women. Sanders also has a very healthy favorability rating, 66 percent to 8 percent, but it's not as consistent as Clinton. While he's up 82 percent to 2 percent among very liberal Democrats, he's at 49 percent to 13 percent among conservative Democrats.

Two very popular candidates means that the conditions are ripe for stasis. Clinton could start going after Sanders more aggressively, but that sort of punching down might only help him. Sanders could turn hard against Clinton, but that could backfire since, again, Clinton is very popular -- and it would also go against Sanders' message of staying positive and focused on the issues.

Another reason not to see Clinton as too concerned is that her base of support is safely spread across Democratic demographics -- race, gender, income, etc. If Sanders wants to creep closer to a majority, or to compete in states like South Carolina, he's going to have to broaden his message to more directly address non-white constituencies. His campaign has realized this, per the New York Times last week:

“We’re reaching out, but it’s no secret that Bernie represents a state that is heavily Caucasian, and his decades of work on issues of importance to African-Americans aren’t known amid the national conversation on race that is underway,” said Jeff Weaver, Mr. Sanders’s campaign manager. “I don’t think it’s presumptuous of him to speak out on these issues. And his message — the need for more good-paying jobs, and opening up higher education regardless of wealth and family background — will have strong appeal with African-Americans and many other voters.”

Per Juan Cole and MSNBC's Alex Seitz-Wald, Sanders' stump speech now includes a passage on "race and civil rights" that he debuted at his 10,000-person rally in Madison, Wisconsin last night.

Basically, if Sanders starts making inroads among African-Americans, that's when the Clinton campaign should and will start freaking out.