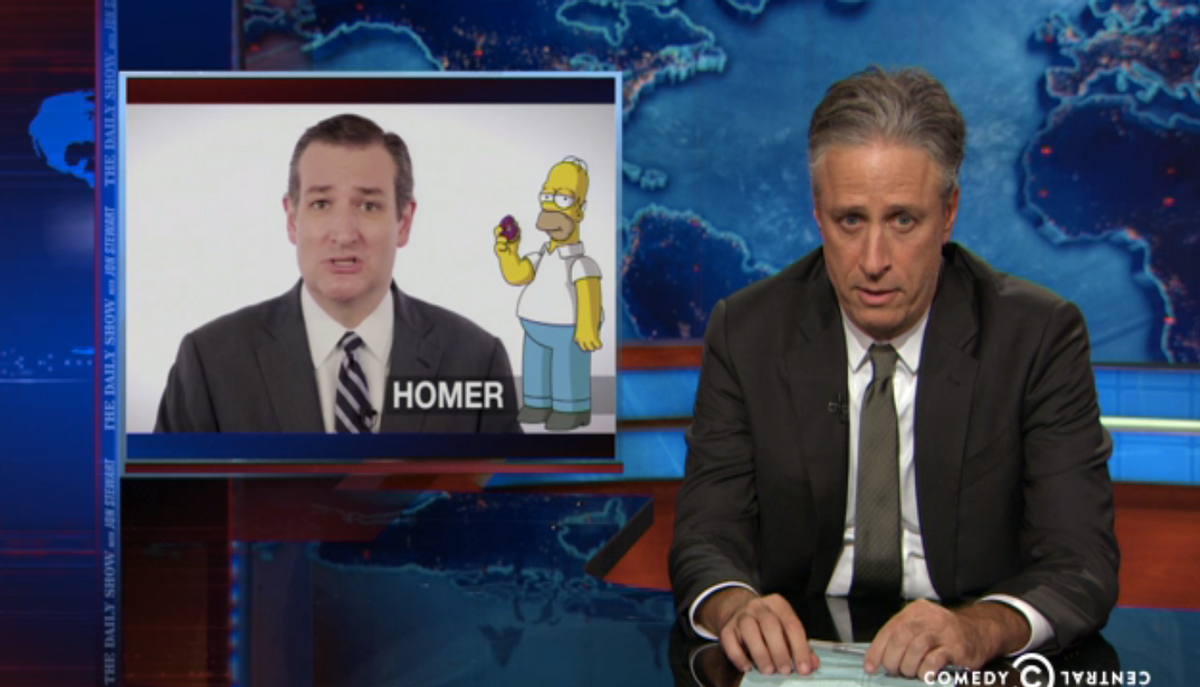 With 17 major candidates already in the running for 2016, hopefuls are beginning to deploy their most desperate attempts to stand out above the rest. Of course, we're mainly just talking about Sen. Ted Cruz (R-TX) here who signed on to appear in a BuzzFeed audition reel of Simpsons impressions earlier this week.

Jon Stewart caught wind of the viral video and, upon viewing it, was able to confirm on Wednesday's "Daily Show" that it was "the weirdest fucking thing [he'd] ever seen."

"I have to give Ted Cruz credit — usually you have to wait until you're actually President to do that much damage to something America holds so dear," Stewart said.

The "Daily Show" host checked in on some other sad promotional efforts being made, "Cruzies," Marco "Polo" shirts, "Grillary" and "Chillary" Clinton packs among them," and suggested a few of his own: Lindsey graham crackers and Scott walkers.