"We're still looking for a pattern" 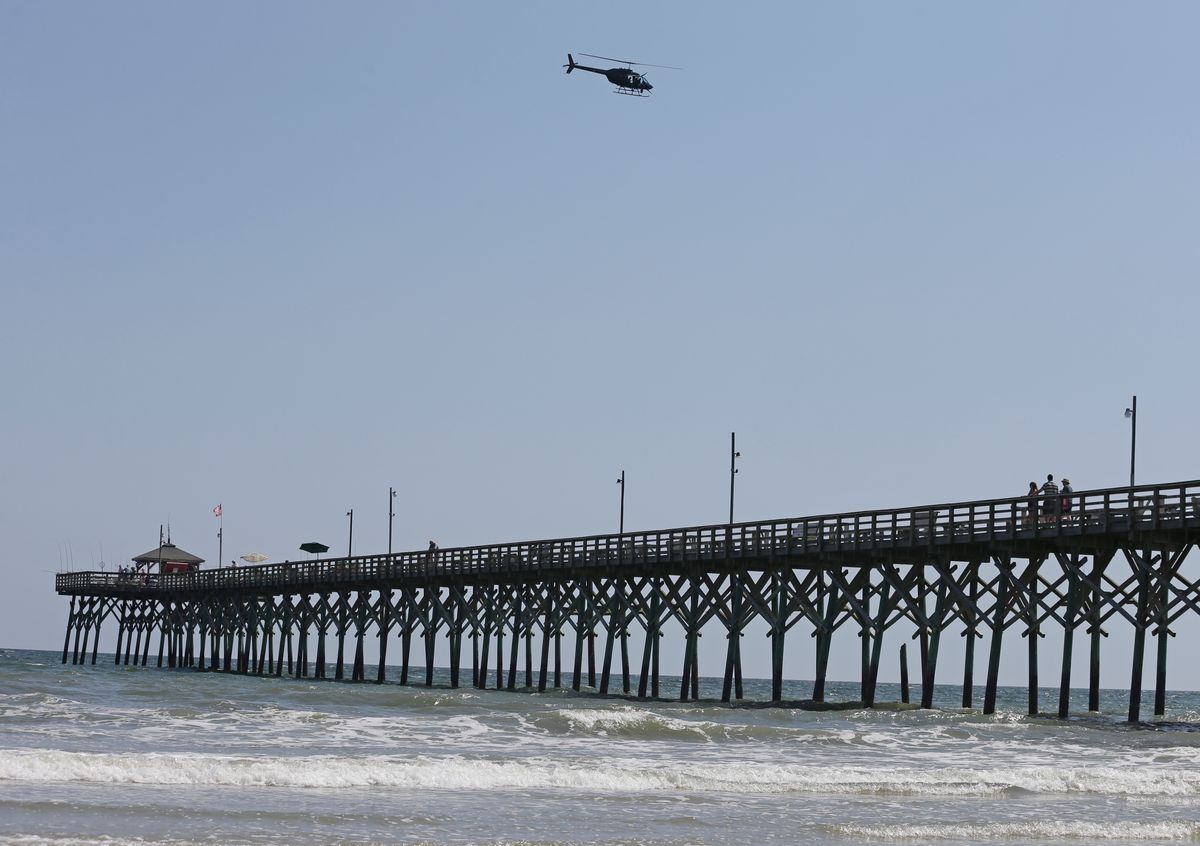 A helicopter flies over the Ocean Crest Pier in Oak Island, N.C., Monday, June 15, 2015. A 12-year-old girl from Asheboro lost part of her arm and suffered a leg injury, and a 16-year-old boy from Colorado lost his left arm about an hour later and 2 miles away in two separate shark attacks late Sunday afternoon. (AP/Chuck Burton)
--

There have been so many shark attacks off the coast of North Carolina that state officials are starting to ask, "What the hell?"

"We're still looking for a pattern," said North Carolina Gov. Pat McCrory. "I am going to be talking to my secretary of public safety to see if there is any one fit-all approach to dealing with this issue. I doubt there is because each circumstance is so different."

On Wednesday, former Boston Herald editor-in-chief Andrew Costello, 68, became the seventh individual to be bitten by a shark in the past three weeks. Costello was in waist-deep water off the Ocracoke Island in the Outer Banks when he was bitten several times. He was reportedly in fair condition on Wednesday evening.

Most of this year's North Carolina shark attacks happened in shallow water. The injuries ranged widely: An 8-year-old boy had only minor wounds to his heel and ankle, while at least two other people required amputation. Another person, attacked Saturday, had initially been considered at critical risk of dying.

"There was a big trail of blood from the water to the sand," said witness Stephen Lee in an interview with CNN. "There's still people here and some people have gotten back in the water and the park rangers are just now trying to vacate the area. We will likely go back in the water, but maybe not get our whole bodies in today."

Guys, obey your new number one rule of summer: no water, no beaches. Seriously.