From Julia Louis-Dreyfus to Tim Gunn, this season was brimming with A-Listers 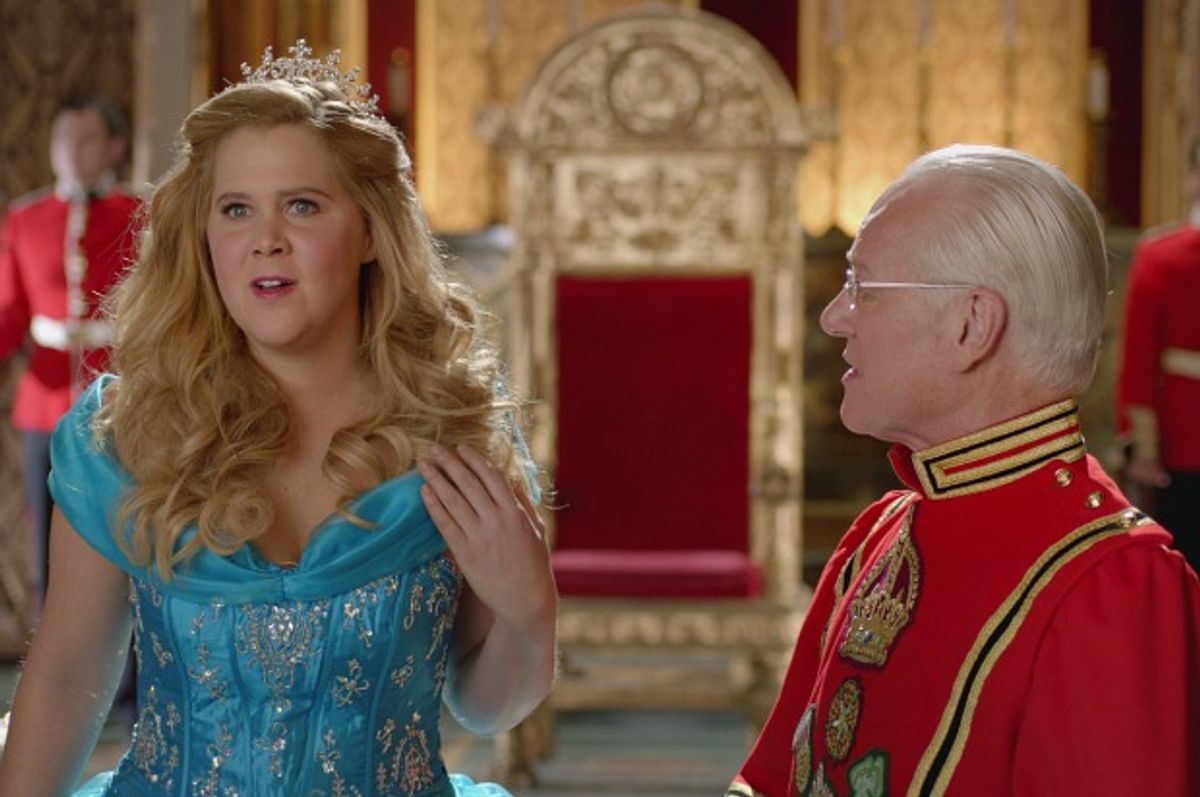 As Amy Schumer’s star has risen, “Inside Amy Schumer” has gotten increasingly bloated with celebrity cameos, as A-Listers are champing at the bit to take part in television's favorite feminist sketch-comedy show. Here are our favorite celebrity appearances from this season:

8. Paul Giamatti, "Herpes Scare"
Giamatti's best performance was obviously in the "12 Angry Men" ensemble (which we'll get to later!), but we'd be remiss if we didn't include his flawless performance as a gay, turtleneck-clad God, who comes to Amy after she prays to be rescued from a herpes scare. Seriously, when I think of God, I now see Giamatti's face (and hear his sassy, world-weary voice as he intones "I really need to stop making so many white girls.").

7. Tim Gunn, "Princess Amy"
In yet another example of perfect casting, the preternaturally sophisticated Tim Gunn plays Amy's royal courtier when she finds out that she has become a Disney Princess overnight. Sure, marrying your cousin, popping out male babies and the constant threat of beheading may suck, but getting to hang out with the "Project Runway" charmer is an undeniable perk.

6. Bill Hader, "Celebrity Interview"
We never get tired of seeing Bill Hader doing impressions, and while his character in the "Celebrity Interview" sketch wasn't 100 percent a David Letterman ripoff (although there is an argument to be made!) he still nailed the smarmy, pencil-tapping host archetype to a T.

5. Bill Nye, Abbi Jacobson and Ilana Glazer, "The Universe"
Few people inspire more delight and wonder amongst the denizens of the Internet than Bill Nye and the "Broad City" gals (albeit in different ways). This midseason sketch, where the unlikely trio demonstrates that universe isn't so much about science as it is "a force sending guidance to white women in their 20s," was an absurd, crowd-pleasing delight.

4. Josh Charles, "Football Town Nights"
“Good Wife” star Josh Charles was around for perhaps the best sketch of season 2 — "Newsroom" parody "The Foodroom" — and he returned for one of the best sketches of season 3, a wicked "Friday Night Light" parody that deftly tackled the issue of rape and high school football teams. The writing and concept were both extremely solid, but Charles also gave a standout performance as the principled football coach determined to show his boys that football "isn't about rape, it's about violently dominating anyone that stands between you and what you want."

3. Jennifer Coolidge, "Babies and Bustiers"
I can’t think of anyone in the world who does a better take on the gussied-up, retired-beauty-queen type, and as always, Coolidge stole the show as Amy's over-the-top pageant mom "Cleopatra Sherman."

2. Patricia Arquette, Julia Louis-Dreyfus and Tina Fey, "Last Fuckable Day"
The season-premiere sketch was a perfect combination of cast and material. Seeing three of Hollywood's most beloved funny-women self-knowingly lampoon Hollywood ageism was catnip for fans, and a sketch that set the tone for the rest of the season’s bitingly fresh feminist comedy.

1. John Hawkes, Jeff Goldblum, Paul Giamatti, Dennis Quaid and Vincent Kartheiser, "12 Angry Men Inside Amy Schumer"
Much like with “Last Fuckable Day,” this is a sketch that wouldn't have been what it was without its cast. Seeing some of our finest film actors debate, in completely earnest tones, whether or not Schumer gave them a "reasonable chub" elevated the ambitious, high-concept premise into one of the best things we saw on TV all year.