Breathless Sanders coverage overstates his chances. But the contrast with surging Donald Trump is good for Dems 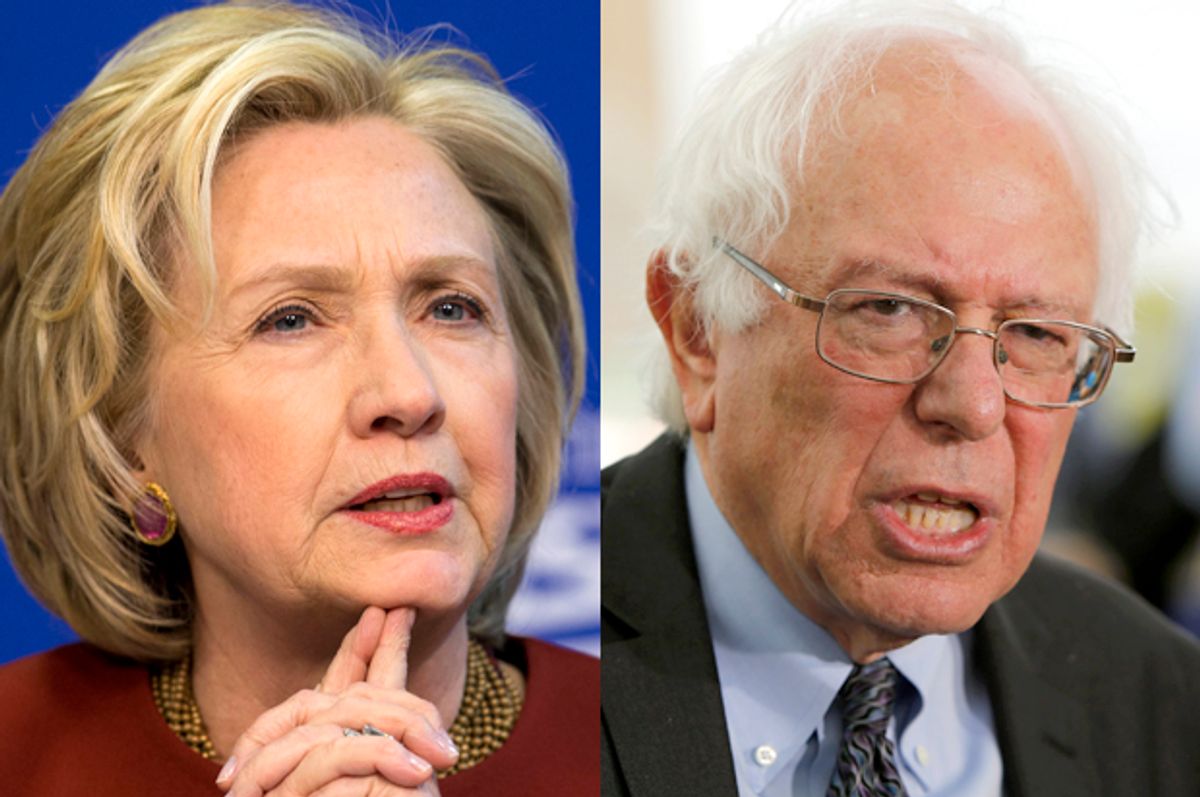 If only the great Michael Harrington had lived to see this. So many brave Americans fought in vain to spread socialism in the United States, but it’s advancing in the summer of 2015 thanks to an unlikely vanguard: lazy and apolitical political reporters who love horse races and hate the Clintons.

Yes, the MSM is making sure that socialist Sen. Bernie Sanders is taken seriously in his uphill run against Hillary Clinton for the Democratic presidential nomination. He’s surging in Iowa and New Hampshire, polls tell us, and attracting 10,000 people at the University of Wisconsin-Madison Wednesday night.

This lifelong lefty who attended Madison is thrilled to see it – and yet a little cynical, too.

I mean really, folks: If Sanders had a chance to become president, Mark Halperin would be the first in line to red-bait him, rather than shaming Sen. Claire McCaskill, a Clinton supporter, into doing it on Morning Joe.

But the rise of Sanders, alongside that of the GOP’s surging star, blustering racist Donald Trump, also shows the media the difference between the ideological moorings of the folks who make up the Democratic and Republican base. The Democrats have a lot of lefties, FDR Democrats, folks who want single payer health insurance, people who think we can learn from Western Europe not stigmatize it -- and yes, Sanders excites them. On the GOP side, there is a loud, large, angry segment of the GOP base that's frankly xenophobic, nativist, even racist. Trump speaks to them.

Sanders and Trump thus offer different kinds of challenges to their party rivals. So far only George Pataki has tried to galvanize a Trump backlash, while Sen.Ted Cruz has defended him. Jeb Bush has said nothing, so far, which is a little weird, given that his wife is Mexican and his kids are of Mexican descent. But Trump is a stand-in for that portion of the GOP base -- and these guys haven't been terribly courageous in rebuking the nativist, racist element in their base. So they apparently think they have to be careful in the way they treat Trump, too. Of course, whoever gets the nomination may regret cozying up to Trump and his extremism, if they do so, when they get to a general election.

By contrast, Hillary Clinton can afford to welcome Sanders’ candidacy, and even endorse a lot of his platform. As Jim Newell points out here, she’s enormously popular even among Sanders supporters in Iowa. And Sanders isn’t the polarizing figure that Trump is. He’s good for the Democratic Party -- and for socialism too. He explains it in simple terms. He points to the strong, social democratic economies of Western Europe, not the USSR. And his rising popularity shows that millennials and other voters too young to remember the Cold War aren’t going to be red-scared away from Sanders because of the socialist label.

Meanwhile, as Republicans compete to see who can abolish Obamacare most cruelly, Democrats will be debating whether the system should move to a single payer approach. This is all great.

Now, if Clinton endorses too much of what Sanders supports, you can bet that media figures hailing the Vermont senator’s campaign today will be red-baiting him, and Clinton, when the fall of 2016 comes around. That’s how they roll. So progressives should be a little wary of the media’s Bernie-mentum. The Clinton-hate that inspires admiring Sanders takes today will turn him into Clinton’s problem once she defeats him for the nomination, as she almost certainly will. Still, it’s fun to see the MSM so excited about socialism. Michael Harrington would be smiling.